To what extent the EU is united in its diversity is open to question. But the video clip with which the European Commission marked the 20th anniversary of the collapse of Communism in Eastern Europe added another viewpoint to the issue.

Poland's EU Ambassador Jan Tombinski wrote an official letter to Margot Wallström, the European Commissioner for Institutional Relations and Communication Strategy, to demand changes in the film. In its original form, the video downplayed the role of Pope John Paul II and the Solidarity movement and focused mainly on the fall of the Berlin Wall.

Bulgaria did not protest, although it was the only EU member from the former Eastern Bloc that was not given even a single second of footage in the 2.47-minute-long clip. The video also failed to mention 1 January 2007, the date when Bulgaria and Romania joined the union. Nobody protested about that either.

A report of the Open Society Institute in Sofia, a liberal think-tank, explains why the video caused such diverse reactions (although this is not its specific objective).

Marin Lessenski's Not Your Grandfather's Eastern Bloc, which you can see at www.eupi.eu, has broader goals. The author and a team of policy analysts from the former Communist countries have studied how, in which cases and to what extent the new EU member states take part in the political life of the union.

The EU is still waiting for the Polish President Lech Kaczyński and his Czech colleague, Václav Klaus, a vociferous Eurosceptic, to sign the ratification of the Lisbon Treaty. Generally speaking, however, the group of the new member countries is behaving like a pupil in a new school: they are keeping a low profile until they learn the rules.

Using the terms coined by the writers of the report, these countries are adopting a passive position as Policy Takers in most cases, leaving the initiative to the older member states. This also goes for issues that are particularly relevant for the "new pupils," such as Roma integration.

Traditionally the poorest and least educated section of society, Gypsies constitute a considerable proportion of the population of Romania, Bulgaria, Slovakia and the Czech Republic. However, at present, nobody wants to raise the question of their integration at the EU-level of policy-making.

"Neither most of the member states concerned, nor the EU as a whole want to see Roma integration emerge as a EU-level policy," Lessenski says. "The member states are reluctant to involve Brussels and 'internationalise' these sensitive, for them, issues. The EU does not want to meddle in complicated domestic issues either. Moreover, it is concerned that creating common policies and institutions for the Roma would set a precedent and would open the door for escalating demands by other minorities."

Rarely do the new EU member states take the active position of Policy Drivers or Policy Killers, the exceptions being the areas of energy and agriculture policy.

The new pupil's unobtrusive behaviour does not mean that he has no opinion about what is happening in class. For instance, if it was up to the former Communist countries, the EU would be enlarging like the universe after the Big Bang – and Croatia and Serbia would be among the first to join.

The former Communist countries want to adopt the euro now. They want a larger share of the EU funds for agriculture, easier movement of goods and workers within the union and liberal taxation. They agree with the EU policy for the reduction of greenhouse gases but with one reservation – their own emissions' quotas should remain unaffected by it.

The reason is purely pragmatic. Low corporate taxes and high emissions' quotas are a stimulus for the foreign investment that these young economies need. This is why they also want cheap electricity – even if it is electricity produced by nuclear power plants.

Naturally, just as in the pre-Iron Curtain years, the former Communist countries are not completely unanimous in their opinions. Their view of the Lisbon Treaty is only one of the bones of contention. Estonia, and probably Lithuania, the report says, would like a total revision of the Common Agricultural Policy, or CAP. The new member states also have different ideas about how to achieve another common aim of the EU, namely diversification of energy sources and their routes for delivery. Bulgaria, Hungary and Slovakia favour Russia as their main business partner. Poland and the Baltic countries are of the opposite opinion – they find their energy security in their independence from Russia's oil and gas.

Bulgaria can hardly be defined as an active member. With regard to it, reading the report is a monotonous affair. No matter whether talking about Roma inclusion, free movement of people or EU enlargement, the country is a Policy Taker.

However, it is a Policy Driver or a Policy Killer in its political activities aimed at increasing the production of nuclear energy and greenhouse gas quotas. Corruption in the allocation of agricultural development funds may lead you to believe the opposite, but Bulgaria is actually a Policy Driver regarding the issue of "retaining focus (and funds) on the Cohesion Fund and CAP funds as key instruments in 'catching up' with the rest of the EU." 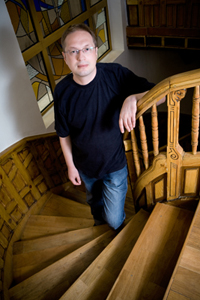 "Bulgaria is definitely in the conformist camp – being predominantly a Policy Taker," Lessenski says. Why? "Part of the explanation is that the EU debate is overshadowed by the internal problems in fighting organised crime and corruption and absorption of EU funds. This drains resources and attention away from more active involvement of the country in EU policy-making. There is a sort of a jetlag syndrome, a period of adjustment to the ways of the EU, too."

Bulgaria is passive while, according to a Eurobarometer poll, the Bulgarians – as well as the Latvians–are among the most dissatisfied with how their national interests are defended in the EU. In Bulgaria, 34 percent of the respondents think that their country's interests are represented in the EU, compared to 57 percent in Slovakia and an EU average of 46 percent. "In the case of Bulgaria, the perception that their voice is not heard in the EU may actually be a symptom of a broader problem," Lessenski comments. "Only 18 percent of Bulgarians consider that their voice counts in their own country – against 93 percent of Danes for example, according to the same Eurobarometer survey. This means that their deep dissatisfaction with domestic politics translates into the attitudes towards the EU."

Does this mean that the spectre of Euroscepticism is already haunting Bulgaria and Eastern Europe? "The report tried to make the point that, despite the fact that the citizens of the new members feel disenfranchised in the EU, they still retain a very high level of trust in the EU. As a rule, the trust in the EU institutions is much higher than in the national ones," Lessenski says.

The choice of causes where Bulgaria is a Policy Driver or a Policy Killer is interesting. One of them is its Black Sea Synergy initiative, aimed at achieving cooperation between the countries in the region. The project may seem modest and local at first glance. But Russia is also a Black sea country and intends to increase its influence in the area.

Another issue is the energy sector. Bulgaria is against the liberalisation of the internal market in gas and electricity and signed contracts for energy imports from Russia despite the EU strategy for energy independence. "There are concerns that the three projects – in nuclear energy, oil and gas transit – might increase dependence on Russia and torpedo EU-backed projects such as Nabucco," the report states.

"There are at least two reasons for the activity going on in the energy policy," Lessenski says. "The energy sector in Bulgaria brings together powerful interests from inside and outside the country and involves huge funds. This helps explain why the positions have been so assertive. Russia's involvement adds a geopolitical component to it, and indeed raises the question of its rather large share in EU energy imports. The other factor is that the EU is very much interested in developing the rules of the game for the sector and this has provoked a lot of actions and reactions from the member states."

One feels tempted to explain the conduct of the new EU member states with the line they followed when they were part of the Eastern Bloc. Poland and the Czech Republic are demonstrating confidence, while others, such as Bulgaria, prefer the policy introduced by dictator Todor Zhivkov in the perestroika years: "Keep your head down and wait for the storm to pass."

"There may be a link between the 'inherited behaviour' of political culture in Poland and the Czech Republic, who have a long history of defiance, and their current behaviour in the EU," Lessenski says. "But the specific political setting is also very important; otherwise this group would include Hungary too. And Poland under the current government is also trying to mend the Eurosceptic image it received under the Kaczyński brothers. As for Bulgaria, the failure to properly tackle crime and corruption is not only an image problem, but is also diverting resources from other key issues in the EU debate – both at home and in Brussels."

Will the European parliamentary and, in the case of Bulgaria, national parliamentary elections as well, change anything? "In the policy areas and positions already stated by Bulgaria as national positions in the EU, there will not be dramatic changes in terms of focus or level of activity, at least at the beginning. But this depends on the composition of the new parliament and government and at this point no one can tell you what they will look like."