MY OWN CHOICE: WINING AND DINING IN MY BALKAN NEIGHBOURHOOD

The first thing that comes to my mind when considering food and drink is the word “symposium,” which stems from ancient Greek philosophy and has passed into many languages all over the world. In contemporary terms, it mainly describes business conferences and meetings. Few are aware today that the word's original meaning was “drinking in company”. For my ancestors, the almost ceremonial way of associating food and drink with the exchange of opinions and lively philosophical discussions among peers made the symposium a vital and indispensable means of communication. It was considered not a personal, but a social process aiming at bringing together and unifying family, friends or colleagues.

Even now the “Sunday table” still exists, mainly in rural areas, a time-honoured tradition that gathers all family members in one place. The habit of “dining together” among friends continues in a modern version - we enjoy meeting around a table at popular tavernas in order to discuss subjects ranging from personal and professional matters to art and football but mainly politics… So it is quite understandable why Greeks who live abroad for personal or business reasons seek to discover convenient places for wining and dining.

Are there such places in Sofia? - I wondered before arriving in Sofia in spring 2006 to take up my post as ambassador of Greece. My friends and colleagues who had more recent impressions of the city answered with an emphatic “yes”. They said the city was transforming into a dynamic European capital that could offer many opportunities and alternatives.

It did not take me long to realise that this was absolutely true. Now I can say with certainty that Bulgaria's capital, Sofia, is a city with a long and rich history that is developing with an air of enthusiasm, determination, freshness and optimism. It is taking its first steps as a member of the EU - and getting ever closer to much-envied European culinary standards.

Whereas the history of the city is clearly reflected on its monuments and the architecture of its historic centre, Sofia's rapid evolution 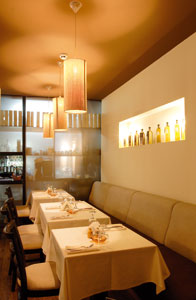 can be traced in other aspects of everyday life, such as places for wining and dining. For devotees of this kind of entertainment, Sofia now provides natives as well as foreign visitors with many alternatives catering to all moods and tastes: there are restaurants serving Mediterranean, French, Italian, Japanese, Indian, Chinese, Czech,Russian, Armenian, Moroccan and - of course - Bulgarian cuisine. Of course, Sofia also has Greek restaurants, such as Kumbare (14 Saborna St, phone: 981 1794) and Elea (127 G. S. Rakovski St, Entrance B, First Floor, phone: 987 0339, 0885 115 800). The latter takes its name from the Greek word for olive oil. It is the most important element of Greek cuisine, as well as the cornerstone of the world famous Mediterranean diet. 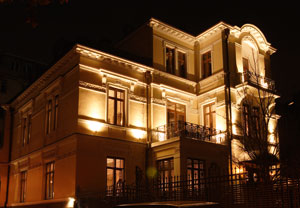 You can also find “classic” restaurants that focus on a long-cultivated knowledge of culinary traditions, as well as restaurants with inventive and reliable chefs who feel inspired and imaginative enough to experiment, well aware that cooking is an art. The Bulgarian capital offers not only luxurious restaurants housed in fabulous old buildings, such as The Russian Club Krim (17 Slavyanska Street, phone: 981 0666, 988 6950), as well as elegant and cosy restaurants offering guests a friendly ambience. For those who prefer a quiet atmosphere where they can have an intimate conversation or host a professional dinner, Sofia also has the answer. Last but not least, the city provides colourful eateries where you have the opportunity to rub shoulders with lively and cheerful youngsters and feel the rhythm and energy of the city. The common denominator among all these alternatives is the fact that the menus are accompanied by a vast choice of great quality Bulgarian wines.

While Sofia is making its first assertive steps along the “European avenue,” the city continues to fully maintain its Balkan temperament and charm. In almost all restaurants, regardless of the style of their cuisine, you can start your dinner on a cold winter's evening with a glass of grozdova rakiya from Burgas…

The Balkan temperament of the city is most obviously revealed in traditional Bulgarian restaurants. In these mehana you can indulge in a shopska salata, skara, or grilled meat, and kavarma, or traditional meat stew, and try some great Bulgarian wines while enjoying live traditional music and dance. If someone tried to describe the atmosphere in a local mehana to a first-time visitor to Bulgaria, the latter would probably assume that the folksy vibe was mainly aimed at attracting tourists. He would be wrong, however. If he looked at the numerous groups of young people entertaining themselves in them, he would see their authenticity. Besides, for a Greek, the mehana is not so unusual, as it resembles to a great extent popular Greektavernas. The reason for this is the fact that Balkan peoples share a deep, intimate and always vivid connection with tradition, which they do not regard as a “museum exhibit,”
but as an inextricable part of everyday life.

The close connection with tradition and the similarities between the Bulgarian mehana and the Greek taverna are not the only common ground shared by the two peoples. There are also similar dishes and flavours, which are based on the same culinary concepts. You could say that the Greeks and the Bulgarians, as good Balkan neighbours, have exchanged various recipes over centuries of co-existence in the region. It is normal that these recipes were adapted according to each people's local products and ethnic gastronomic preferences. For example, the Greek moussaka is made of minced meat and eggplant, while the Bulgarian version mainly contains potatoes. However, dairy products, salads and fresh fruit have always been important ingredients in both cuisines, mainly due to the climate and the diverse geography affording excellent growing conditions. These staples are still a necessary part of everyday family meals in cities and villages in both countries. Drinking a glass of wine or sipping local drinks is also an almost daily habit for both peoples.

Sofia, my European and Balkan neighbourhood, generously offers many opportunities to locals or visitors who embrace the challenges of the Bulgarian way of life. If you explore them, the city will reward you with its warm hospitality, its pleasant and welcoming places, its delicious food and its excellent wines - in other words, with that which is uniquely Bulgarian.