Sofia is awash with English signs and logos, but here and there a French name pops up: a central street is called Léandre le Gay, schools are named Alphonse de Lamartine and Victor Hugo, a metro station is known as Frédéric Joliot-Curie. On noticing this, you may be reminded of the words of the late Bulgarian president Zhelyu Zhelev who famously stated that Bulgarians were Francophones. His remarks hold some truth: before English took over as the lingua franca, mastering French was obligatory for the local elite and those who aspired to join it.

Bulgaria and France are far apart and their contacts have been rare and often mired in conflict. In the 13th century, the Bulgarian king Kaloyan defeated and killed Latin Emperor Baldwin I. In the 18th century, Voltaire put his Candide into the hands of brutal Bulgarians who raped and pillaged wherever they went; their power and strength being matched only by their savagery. While he used the Bulgarians in Candide as a metaphor for the Prussians, he later wrote an article about actual Bulgarians in his Philosophical Dictionary. In it he got some of the facts right and some of them wrong, but it seems that the main reason for him writing the entry was to explain how and why in France the name Bulgarian transformed into bougre, or sodomite (the Bogomilism heresy was to blame, and the word permeated into English, too, as bugger). In both world wars Bulgaria and France fought on the opposite sides. The 1919 Treaty of Neuilly-sur-Seine after the First World War marks one of Bulgaria's greatest defeats.

And yet, as streets, squares and schools in Bulgaria record, the two nations also had some common ground. Throughout the years, there were Frenchmen who travelled around Bulgaria, promoted its national causes, and established schools and businesses. Some of them also died in Bulgaria, as soldiers.

Victor Hugo never actually visited the country, but Bulgarians named schools after him not only because of his masterpieces The Hunchback of Notre-Dame and Les Misérables. Victor Hugo was also a vocal critic of the atrocities committed during the suppression of the 1876 April Uprising against the Ottomans, galvanising public opinion in the West to protect the Bulgarians.

Another Frenchman commemorated with a street in central Sofia went to great lengths to support Bulgarians in the final years of Ottoman rule. Léandre François René le Gay was the French vice-consul in Sofia during the April Uprising and appealed to the Ottoman authorities to halt the repression. During the 1877-1878 Russo-Turkish War, he and the Italian consul Vito Positano, who also has a street named after him, successfully convinced an Ottoman general not to burn Sofia to the ground before retreating.

French president François Mitterrand also has a street in Sofia named after him, for his role in dismantling another regime that oppressed Bulgarians, Communism. In January 1989, he visited Bulgaria and had a breakfast at the French Embassy with 12 Bulgarian intellectuals critical of the regime. This was a gesture of open support for Bulgaria's nascent dissident movement, although when the regime collapsed, in November 1989, it was due to an internal coup and not because of genuine democratic pressure.

Frédéric Joliot-Curie, who has a metro station and a street in Sofia named after him, had nothing to do with Bulgaria. He was not chosen for his scientific research in chemistry, which won him the Nobel Prize in 1938. He is not even the most famous of the Curie clan, as his parents-in-law were none lesser than Marie and Pierre Curie. So, what is Frédéric Joliot-Curie doing with not one, but two namesakes in Sofia? Because he was a Communist, and in Communist Bulgaria that mattered a lot. He also has streets named after him in Plovdiv and Varna. For comparison, there are two Marie Curie streets in Bulgaria, in Plovdiv and Pleven, and one to Pierre Curie in Pleven.

Not all Frenchmen whose names are on Bulgarian street signs were connected to politics. Ami Boué earned his street in Sofia because of his scientific research. A geologist, he travelled around Bulgaria in 1836-1839 and surveyed it properly for the first time. He corrected old maps and explored the Sofia Plain, the Stara Planina mountain range between the Iskar Gorge and the Black Sea, the Rila and Pirin mountain ranges, and the entire length of the River Maritsa, to name but a few.

Among all the French street and school names, there is one that stands out as it is attached to a 19th century house. Lamartine House in Old Plovdiv actually belonged to a wealthy local merchant, Georgi Mavridi. In 1833, he hosted the poet and politician Alphonse de Lamartine, who was on his way back from the Near East, for three days. Lamartine left an enthusiastic description of Plovdiv, claiming that it had one of the best locations for a city, which won him eternal recognition as the namesake of a house that another man built and owned. 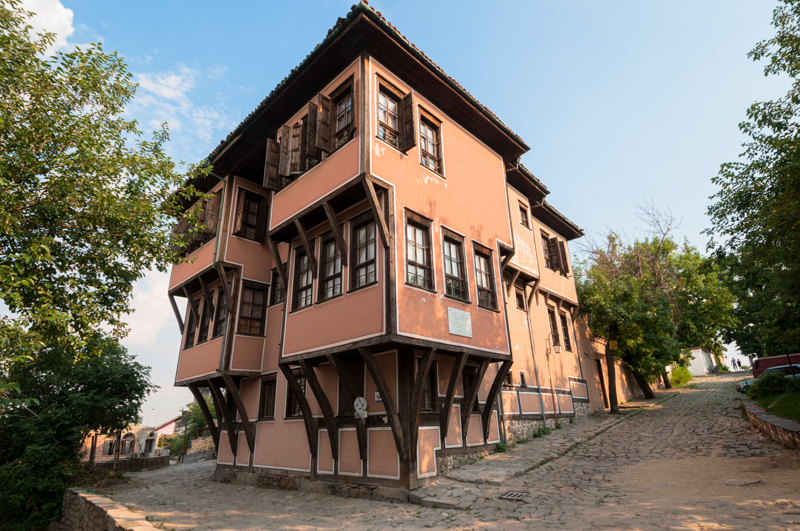 Alphonse de Lamartine left a vivid description of the house in Plovdiv where he stayed for three days in 1833: "We are welcomed by Mr Morides's sister and aunts: a spacious and beautiful house; a nice salon with 24 windows, furnished in European style, where the governor and the elders of the different nations in the city come to greet us and to drink coffee."

Some Frenchmen with connections to Bulgaria are not remembered locally. Science fiction writer Jules Vernes, famed for his tense novels and accurate predictions of 20th and 21st century innovations and technologies, wrote a novel, The Danube Pilot, that takes place in Bulgaria in 1876 and has a Bulgarian protagonist. Swiss-French architect Le Corbusier visited Bulgaria in 1911 and was inspired by the clear lines and whitewashed walls of the traditional architecture of Veliko Tarnovo. Later, he would develop his modernistic style based on it.

The greatest omission is perhaps Jérôme-Adolphe Blanqui. He was sent by the French Government in 1841 to the Nis and Pirot regions, now in Serbia, to report on the atrocities during the Ottoman suppression of a Bulgarian uprising. Blanqui's report Voyage en Bulgarie pendant l'année 1841 remains a valuable source of Bulgarian history and includes one of the most inspired and inspiring descriptions of the Belogradchik Rocks. 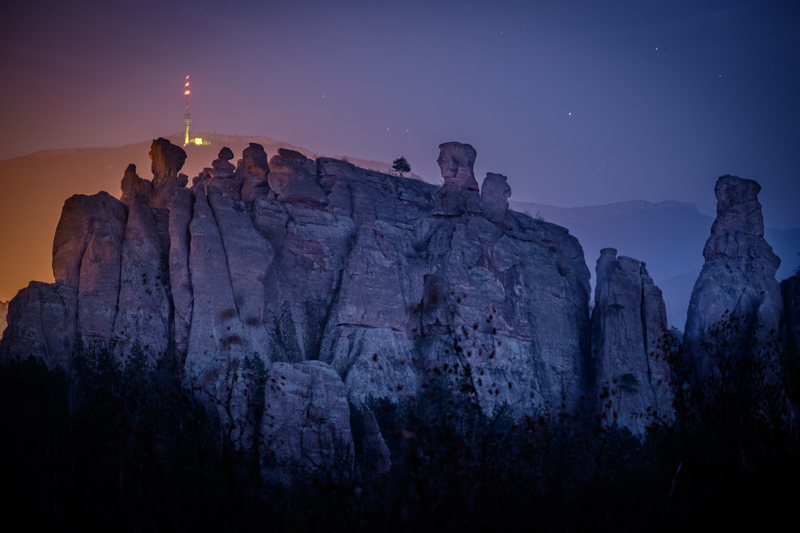 "These giant red pillars, scattered on both sides of the deep road, where on the bottom small waterfalls fling the water of a foaming stream; these trees, hanging from a great distance, as if they were ready to fall; this deep solitude, scarcely disturbed by the flight of eagles and vultures, all of this provokes terror even in the most tempered soul," wrote Jérôme-Adolphe Blanqui about the Belogradchik Rocks in 1841

Frenchmen also died in Bulgaria, in many cases as soldiers.

During the Crimean War that the Western Powers fought against Russia in 1853-1856 thousands of troops were transported via the Danube and stationed on Bulgarian lands. Many of the wounded were sent to Varna. 5,183 French soldiers died there of their wounds or cholera. Initially, they were buried in two locations near Varna. In the 1950s, they were exhumed and reburied in a new place, at the intersection of King Boris III Street and Road 902. The monument from one of the previous cemeteries was installed over the new grave: an obelisk with four cannons made in Toulon.

Frenchmen fought on Bulgarian soil during the Great War on the Thessaloniki Front (it was the first time many Bulgarians saw black people, as Senegalese troops also fought there). Some of them died far from the frontline, from cholera, in Svishtov on the Danube. Until recently, the remains of over 200 French servicemen lay in a dedicated military cemetery with a monument in Svishtov. In the 2000s, they were reburied in the French military cemetery in Sofia. Their monument, however, is still in Svishtov. 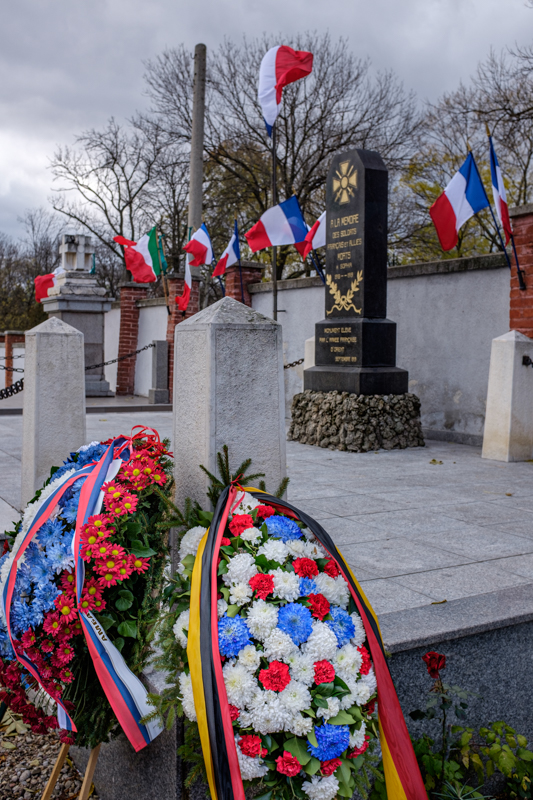 Memorial to the French servicemen who died in Bulgaria, French Military Cemetery in Sofia

Read 1230 times Last modified on Tuesday, 02 July 2019 13:15
Published in Vagabond Features
More in this category: « WHAT TO DO WITH BULGARIA'S FLYING SAUCER? WHAT'S YOUR AUNT TO YOUR NEPHEW ANYWAY? »