Wartime movie of intrigue, romance, inspiration may have been inspired by life in... Sofia

No doubt your wanderlust will not be satisfied until you visit Casablanca, the bustling city of 3.8-plus million on the Atlantic coast that dominates the Kingdom of Morocco.

Today Casablanca is nothing like it was 75 years ago when it was a way station for refugees seeking to escape the Nazis who controlled all Europe except for Portugal and Nazi-leaning Vichy France, the colonial masters of Casablanca. Then the city had a few hundred thousand inhabitants, filled with all kinds of characters.

Casablanca was the perfect setting for a wartime movie of intrigue, romance and desperation in a mysterious and colorful city, the likes of which are hard to find today. The movie, of course, is the eponymous Casablanca, which premiered 75 years ago and starred Humphrey Bogart and Ingrid Bergman, aces of their day, but long since departed from this vale of tears. Many consider it to be the ultimate classical flick. How many times have I watched it, I’ve stopped counting.

I am not going to spoil the plot, let’s just say that you will be held in breathless suspense. Of course, it is a movie from the early 1940s and cinema has progressed (I guess that’s the right word). There is a noir quaintness, a cigarette and a drink in every hand, and it is in black and white – again, nothing flashy, no digital enhancement and, sorry, everyone keeps their clothes on.

Anyway, many famous scenes, but perhaps the most memorable is when Rick (Bogart), who runs/owns Rick’s Café Americain, allows a Czech political refugee to interrupt a group of German officers singing The Watch on the Rhein, drowning them out when the entire place breaks into the La Marseillaise.

Very clever, but where from the inspiration? Could it relate to the Bulgarian couple in the film, desperate for money, which Rick solved at the roulette wheel, suggesting they place all their chips on the same number two times in a row, and then telling them to quit while still ahead?

Here is the inspiration. In the early 1990s, I met Ralph Earle, a white-shoe Philadelphia lawyer and diplomat whose father, George Earle, had been ambassador to Bulgaria in 1940. The Earle family, which goes all the way back to the Mayflower, has a history of pubic service. In the First World War, Mr. Earle commanded the USS Victor, a submarine chaser that happened to be his personal yacht. He was a Roosevelt favorite, having actually been governor of Pennsylvania when it was almost unheard of for democrats to win statewide election in Pennsylvania. (My how things have changed.)

In Bulgaria, George Earle on his own cut quite a swath. He was close to the then British ambassador, Sir George Rendel, who relates in his book, The Sword and the Olive, a number of things, including assistance that Mr. Earle provided to the British legation. One amusing story is that Mr. Earle, upon finding a starving cheetah in a Belgrade zoo, brought it to Sofia, and kept it uncaged in his office. One can only imagine.

Anyway, according to his son, his father was somewhat of an adventurer and being in Bulgaria was well known for hitting the bars and encounters of various sorts, including one identical to that which happened in Rick’s Café Americain. This, too, Ambassador Rendel confirms. Of course, it was not La Marseillaise but rather It’s a Long Way to Tipperary, a popular Second World War song in Britain and the United States, and there was an actual brawl with wine bottles thrown and so on.

This was all big news at the time, but like the snows of yesterday, now barely remembered. Still, since learning of it, I have come to believe that this singularly great movie scene has a Bulgarian origin.

By the way, I understand that the US State Department was rather shocked by it all, but that President Roosevelt was said to have remarked that he would have given anything to have been there and witnessed it all.Casablanca: Fact and Fiction in a Bartext and photography by Anthony Georgieff

Not an inch of Casablanca the movie was shot in the actual city of Casablanca, in Morocco, as it was entirely filmed in studios in Santa Monica and in Hollywood. There has never been a Rick's Café in Casablanca either. However, Casablanca the movie has had such a cult following that a few years ago Kathy Kriger, a former US diplomat, set up a company, predictably called The Usual Suspects Company, and opened her Rick's Café in downtown Casablanca. The decor of the café is as much as possible true to the stage-set in the movie, the pianist at the Pleyel plays the tunes of the day, there is even a TV set that loops a subtitled version of Casablanca. Needless to say, the champagne is flowing, but alas smoking indoors is banned.

Kathy Kriger has run the business since 2004, describing it as a conveyer of "true American values." Its spirit retains something of the mythical quality of the movie. "Whereas gambling, black marketeering and occasional gunfire were central to the Hollywood Rick's, Casablanca's first Rick's Café has played upon other characteristics of the famous gin joint. And we've collected a terrific cast of characters, some of whom seem to have been destined to be here," says Kriger. 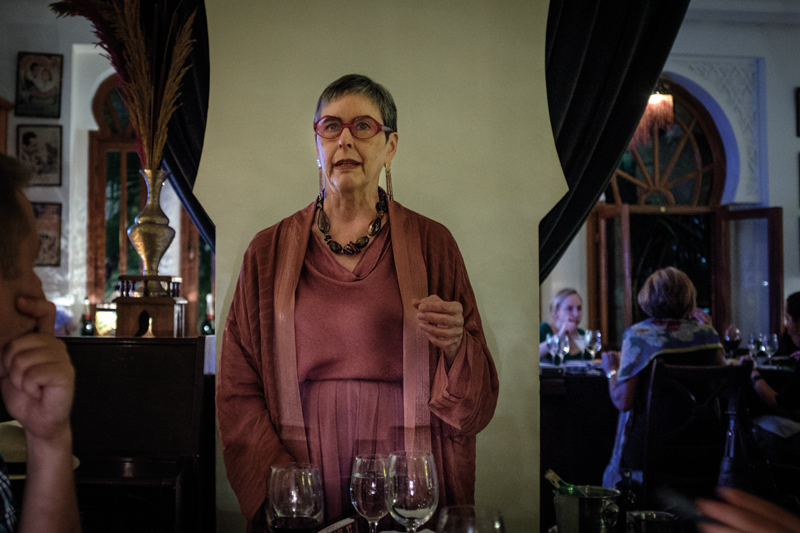 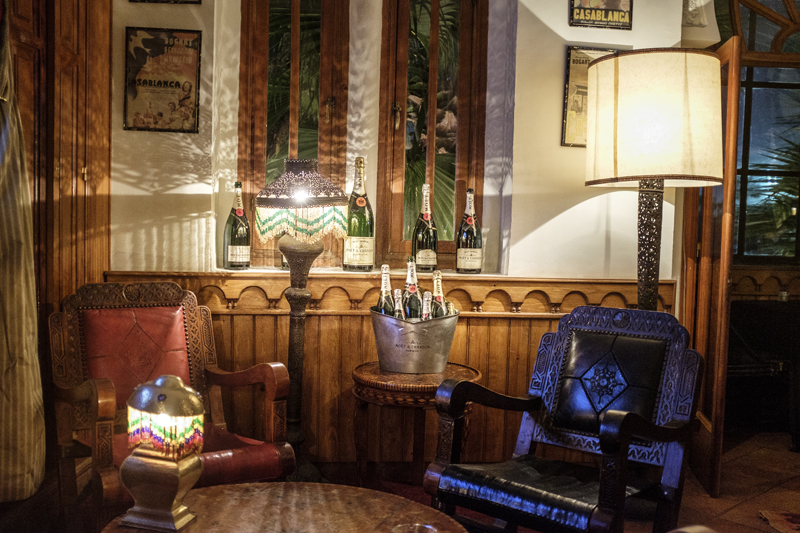 Read 3784 times Last modified on Thursday, 28 December 2017 11:47
Published in Vagabond Features
More in this category: « WHO WAS NIKOLAY PIROGOV? BRIDGES OF FREEDOM »