WHERE WERE BULGARIA'S KINGS BURIED?

Surprising for a country that is proud of its 1,300-year history, just a few tombs of its grand kings have been identified with certainty.

Bulgaria has not changed its name since its founding in 681, as if the 200-year Byzantine and the 500-year Ottoman rule never happened, but the list of the preserved and known graves of its rulers makes for an extremely short paragraph in its long history.

Even worse, most of these lack proper inscriptions and have been identified as belonging to this or that king mainly on circumstantial evidence. One might think it strange for Bulgaria to lack an equivalent to the cathedral of St Denis in Paris or Westminster Abbey in London, but the explanation is simple. In the course of its history, Bulgaria changed its capital several times, especially during foreign invasions, so never had just one place to accommodate the graves of generations of rulers. The long periods under foreign domination also played a role, together with the destruction of wars and the sheer ignorance of locals who were all too eager to reuse the stones of old chapels and castles in newer buildings. Truth be told, Bulgaria is not an exception. The purple sarcophagi of the Byzantine emperors that were traditionally buried in the Church of the Holy Apostles in Constantinople were vandalised by the Crusaders in 1204. Then the church was destroyed by the Ottomans in 1454 and the few surviving ones were moved to the church of St Eirene. Some are now on display in the Archaeological Museum in Istanbul.

Graves that can be identified as belonging to Bulgarian rulers with varying degrees of certainty are those of khans Kubrat and Asparukh, the mediaeval kings Samuel, Ivan Vladislav, Gavril Radomir and Kaloyan, and those of Prince Alexander of Battenberg, and kings Ferdinand I and Boris III, who ruled between 1879 and 1943. Most of these are now outside Bulgaria proper.

The oldest identified grave of a Bulgarian ruler is from the time when Bulgaria did not exist. Before the proto-Bulgarians established a state south of the Danube, in 681, they already had a state north of the Black Sea. It was a strong and feared confederation of tribes ruled by one man, Khan Kubrat.

The grave of Kubrat, who lived in the 7th century, was discovered in 1912 by a 10-year-old boy near the village of Malaya Pereshchepina, now in Ukraine. The cremated remains of a human body were buried with an impressive number of expensive artefacts that included belts, necklaces, coins, jugs and two swords, which originated from all corners of the known world at the time: from Byzantium and Persia to India and China. The treasure was brought to St Petersburg, where it is still kept, but it was evident from the very beginning that the grave – if the site was a grave at all – belonged to a powerful man. The identity of the owner of the Malaya Pereshchepina treasure is still disputed, but Khan Kubrat is among the contenders as a monogram of his name adorns not one but three gold rings from the find.

Shortly before Kubrat died, legend says, he called for his five sons and asked each of them to break a twig. All of them did so easily, but when the dying khan asked them to do the same with a whole bunch of branches, they failed. Strength is in unity, was the final piece of advice from their father, but the sons did not listen. When the Avars' attacks became too strong for the Bulgarians, the princelings divided the tribes among themselves and spread out all over Europe. Asparukh, Kubrat's third son, founded modern Bulgaria. 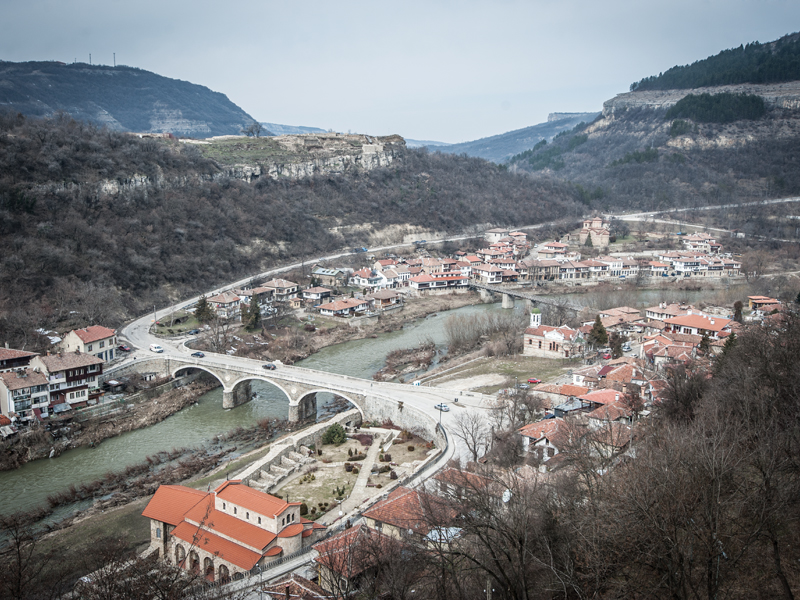 Tarnovo with the Ss 40 Martyrs Church in the foreground. The church is believed to be one of the main burial grounds for Bulgarian kings and their families in the 13th-14th centuries

The hotly disputed remains of Asparukh were discovered in 1930, during the construction of a factory near Voznesenka village, in modern Ukraine. The grave was a lavish affair, consisting of 30 cremated bodies, with expensive artefacts. The theory that the grave belongs to Asparukh is based on a monogram of his name, inscribed on a silver eagle.

After Asparukh, a gap opens in the list of identified royal graves that ends only with the years before Bulgaria fell under Byzantine rule, in 1018. King Samuel (997-1014), who for decades fought against the invasion, his son Gavril Radomir (1014-1015) and his nephew Ivan Vladislav (1015-1018) are all supposedly buried in the church of St Achilios on the eponymous island in the Small Prespa Lake, now in Greece. Their remains were discovered in graves fit for their status, in 1969. The identification is based entirely on circumstantial evidence. Prespa was the final stronghold of Bulgaria, while the skeleton identified as Samuel's is the same age of the king at the time of his death. The badly healed wound on its left arm corresponds to an actual trauma that Samuel suffered after a battle. The graves of Gavril Radomir and Ivan Vladislav were identified as such because they were near that of the supposed King Samuel.
These remains are kept in Greece. Their return to Bulgaria has been a matter of dispute for some years now, causing contention between the two countries. Bones are usually very important in the Balkans.

In a twist of historical irony, in the church of the nearby village of Agios Germanos a tombstone bearing a clear inscription announcing that here are buried King Samuel's parents and one of his elder brothers, David, has been discovered. The actual grave's whereabouts are unknown.

Bulgaria's independence from the Byzantines was restored by the Asenevtsi Brothers, in the 1180s, and as the capital remained unchanged almost until the Ottoman invasion of 1396, many of the kings were buried in Tarnovo. The lack of proper inscriptions, however, has left historians only able to speculate that kings Ivan and Petar were interred in the church of St Dimitar, and that Ivan Asen and Ivan Aleksandar were buried in the church of the Ss 40 Martyrs in Tarnovo.

Probably the best candidate for an identified grave of a Bulgarian ruler from this period is the so-called Grave 39, discovered in 1979 during excavations at the church of the Ss 40 Martyrs. An inscription is, once again, missing, but the heavy gold signet ring found with the deceased reads "Kaloyan's Ring." There are other signs that the remains might well belong to King Kaloyan, who ruled Bulgaria between 1197 and 1207. The skeleton shares the impressive height of the actual Kaloyan and the skull shows a trauma that could explain the famous bursts of outrage the king was known for. Many historians dispute the identification of Grave 39, pointing to important details such as an error in the ring's inscription and the fact that such pieces of jewellery came into fashion only after the king's death. This, however, did not prevent the lavish reburial, including the use of an armoured personnel carrier, of the supposed king in the church in 2007. The grave is now presented to tourists as the genuine resting place of one of the most glorious Bulgarian rulers. 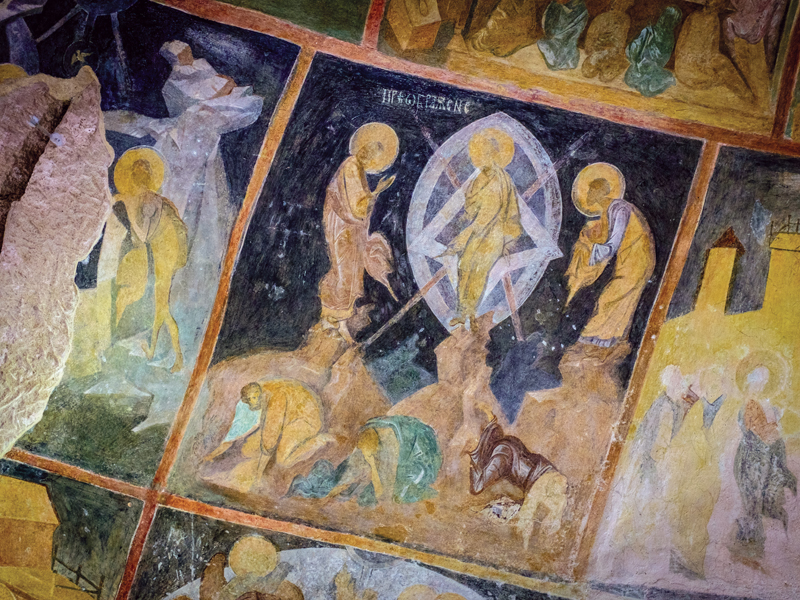 Transfiguration scene from the Ivanovo rock monasteries. Created and used in the 10th-14th centuries, they were quite popular with the Bulgarian kings in Tarnovo. Some of them are even depicted on murals as benefactors. The monasteries are now a UNESCO World Heritage Site

An inscription, reading "King Priest Gergi," on the walls of one of the rock churches in Ivanovo, near Ruse, has been identified as a marker for the grave of King Georgi Terter (1280-1292). As you may already know, many specialists disagree with this theory.

When Bulgarian independence was restored in 1878 after centuries of Ottoman domination, there was no surviving aristocratic line to take the throne. In 1879, the 22-year-old Alexander of Battenberg was selected for the ruler of the Principality of Bulgaria from among the European nobility. He did not remain long on the Bulgarian throne and was forced to abdicate in 1886, without establishing a line of succession. He died in 1893 and his final wish that he should be buried in Bulgaria was fulfilled in 1897, when a mausoleum for him was built in central Sofia. The prince's remains were reburied there in 1898, and are still in the beautiful building on the busy Vasil Levski Boulevard.

Prince Battenberg's abdication led to an interregnum which ended in 1887 with the selection of Prince Ferdinand Saxe-Coburg-Gotha as the next Bulgarian ruler. Ferdinand I managed to secure Bulgaria's full independence of the Ottoman Empire, declared himself king, and pushed the country into two disastrous wars that ended in national catastrophe. He abdicated in 1918 and spent the final 30 years of his life in exile. Ferdinand died in 1948, but his wish to be buried in Bulgaria never materialised, as at that time Bulgaria was already a Stalinist state. His remains still lie in the crypt of St Agustin, in Coburg, Germany.

After King Ferdinand's abdication, his son, King Boris III, succeeded him. A cunning politician, Boris III oversaw Bulgaria's revival from the destruction of the Great War, and the fratricidal anarchy of the 1920s. He established an authoritarian rule (still longed for by many Bulgarians) and allied Bulgaria with the Third Reich. King Boris died in 1943 in what many consider unclear circumstances, alleging he might have been poisoned by Hitler. He was given an elaborate funeral and was buried in the main church of Rila Monastery. However, he did not rest there for long. In 1946, the year when Bulgaria became a republic in a rigged referendum, his remains were exhumed by the Communists, who feared that the grave would become a place of pilgrimage. He were reburied in the family's chapel at the Vrana Residence, near Sofia. In 1949, the chapel was destroyed and the king’s remains were scattered, probably in the Iskar Gorge. When Communism collapsed, in 1989, the embalmed heart of Boris III, which had been kept in a jar all along, was reburied in Rila Monastery in 1993. It remains there to this day, under a simple wooden cross. 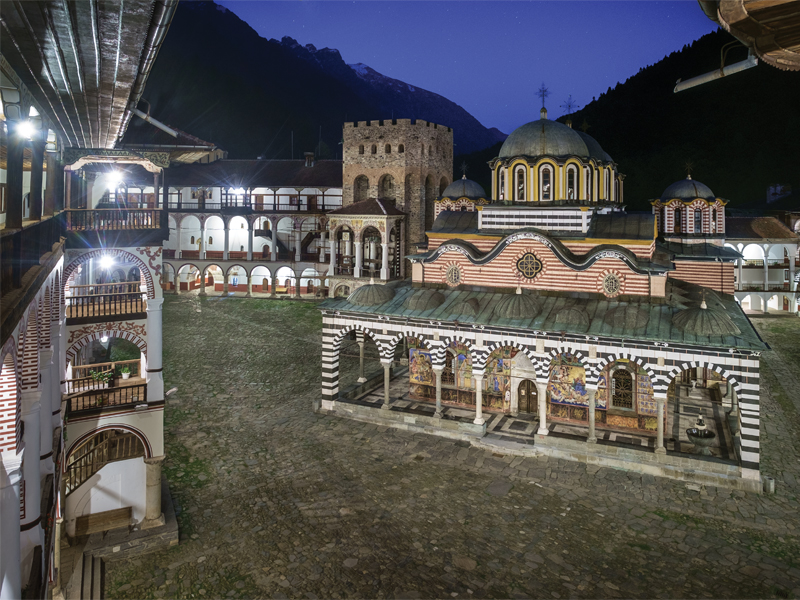 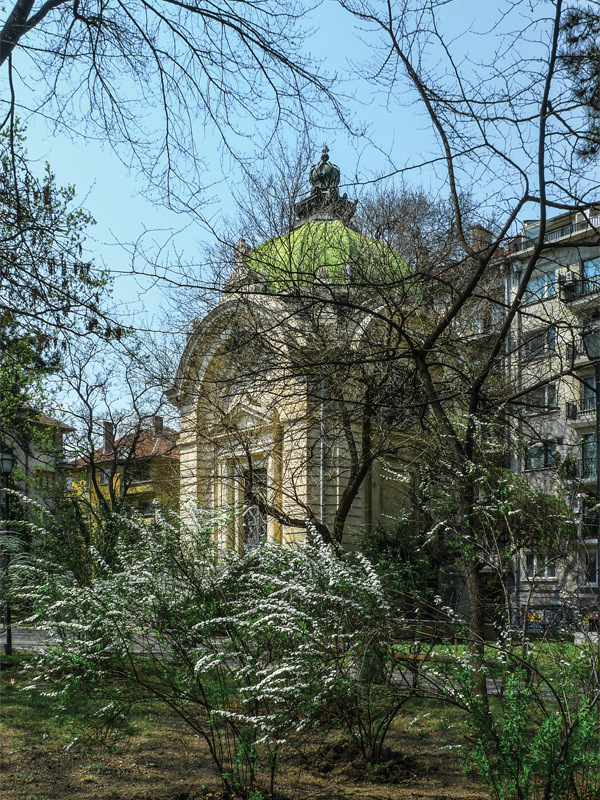 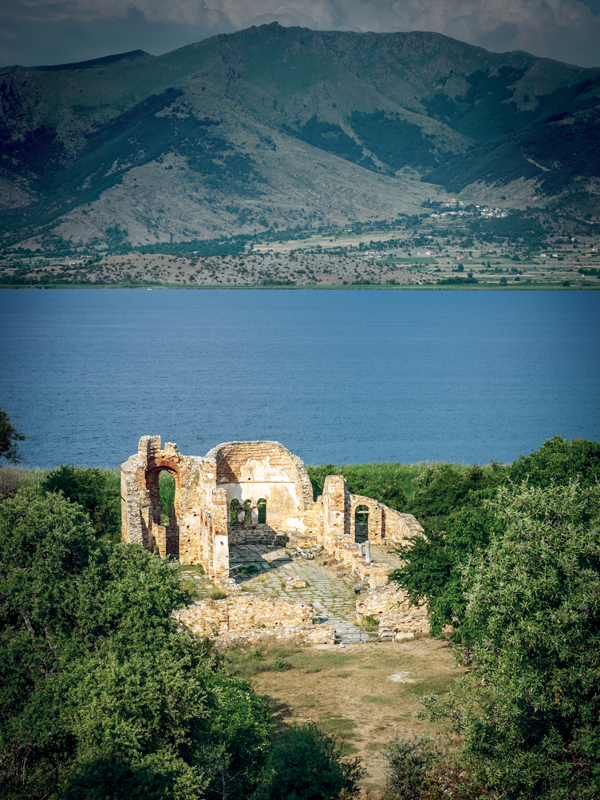 The Agios Achilios Church in the Small Prespa Lake, Greece, is the supposed final resting place of the last three men who ruled Bulgaria before it fell under Byzantine domination, in 1018. The church was built in 986-1002 and is among the most impressive basilicas from this period of Bulgarian history