Here is a secret: while Vagabond was in its development stage, it was going to be a magazine solely about Sofia. We changed our minds, eventually, but Bulgaria's capital has remained a permanent fixture on the pages of the magazine. We have covered extensively its restaurant and night scene, but the articles we cherish the most are the ones devoted to its many hidden gems. 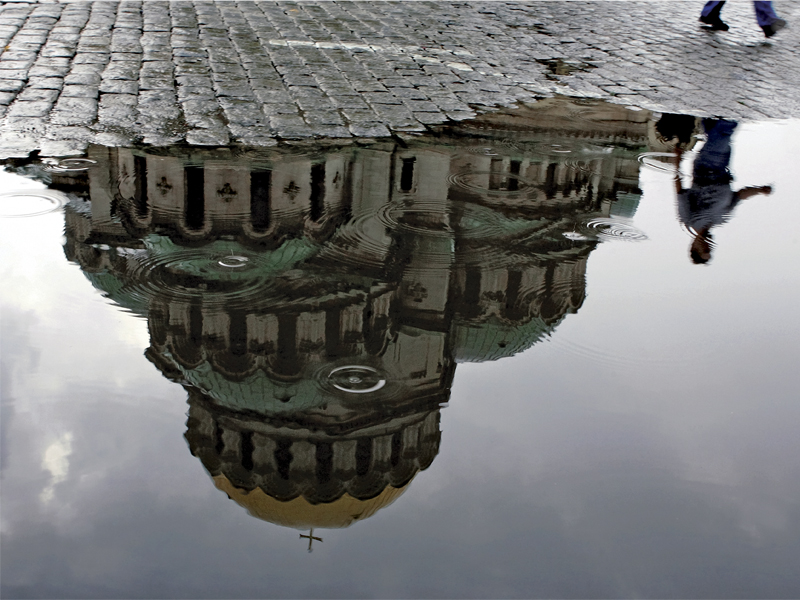 SOFIA'S PLACES OF WORSHIP
In a series of articles running from issue 41/42 to issue 47/48, we tried to create a concise collection of the churches and shrines of all the major faiths in Bulgaria's capital: from the famed cathedral of St Aleksandr Nevski, the Banyabaşı Mosque and the Central Sofia Synagogue, to little known churches like the Greek Orthodox Church, the Dr Long Church and the shrine of the White Brotherhood Society.

SOFIA'S THEATRE DISTRICT
Rakovski Street is definitely not Broadway, but for some strange reason most of the capital's theatres are on it or close by it. As a foreigner you will be unlikely to understand a stage play in Bulgarian, yet it is good to know the theatre geography of Sofia, so that you will at least be aware of the difference between waiting for someone at the National Theatre or in front of the 199 Theatre, without checking Google. 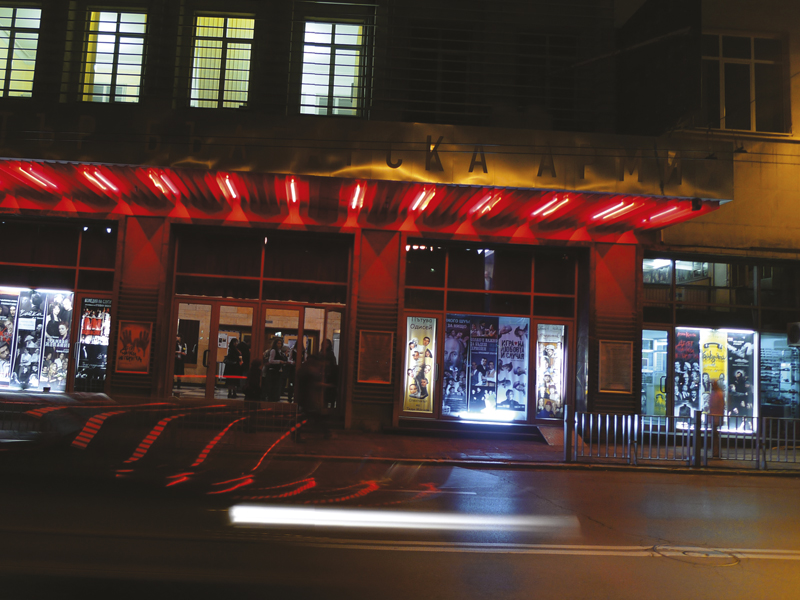 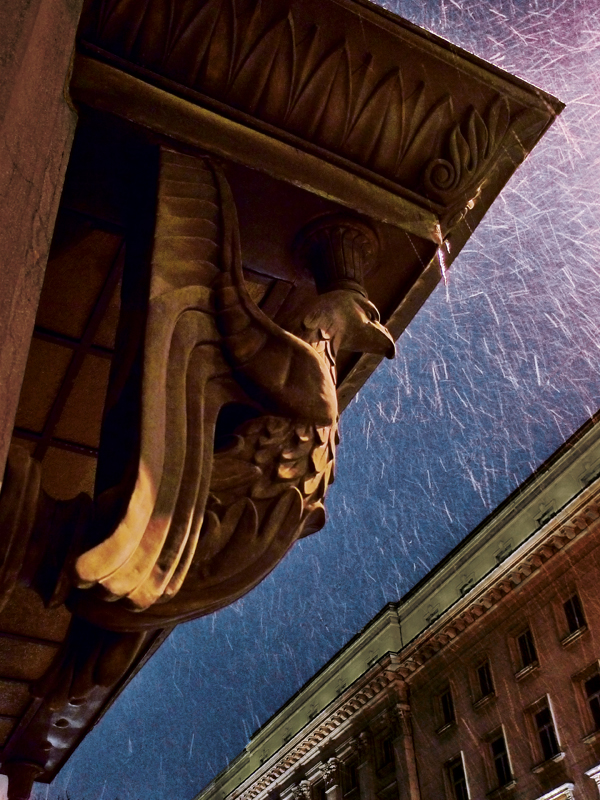 SOFIA'S EAGLES
Anyone who has been in Sofia for more than two days is at least vaguely aware of the existence of Eagles Bridge, the late 19th Century construction still channeling the city traffic from the centre to Tsarigradsko Shose Boulevard and the neighbourhoods around it. The capital, however, teems with numerous representations of birds of prey, some large, some small, some majestic and others less so. Some of the best nest in issue 87/88 of Vagabond.

CITY CLOCKS OF SOFIA
"What is the time?," is a question one still hears frequently on the streets of Sofia, and for a reason. The capital is dotted with public clocks, perched on top of buildings from all periods of modernity, but few of them work. The clocks of the capital are, however, a charming detail, and for those who dare to stop looking at the cracked slabs of the pavements and gaze upwards, there is a reward

ECCENTRIC SOFIA
Want to see the stuffed puppy of famed poet and writer Ivan Vazov (pictured)? Ready for the ghastly sight of glass eyes and pickled brains? Then our article on some of Sofia's more eccentric sites is just for you. To maintain the balance, we also wrote an article on the eccentricities you will encounter in Bulgaria's museums outside of the capital, in issue 33. 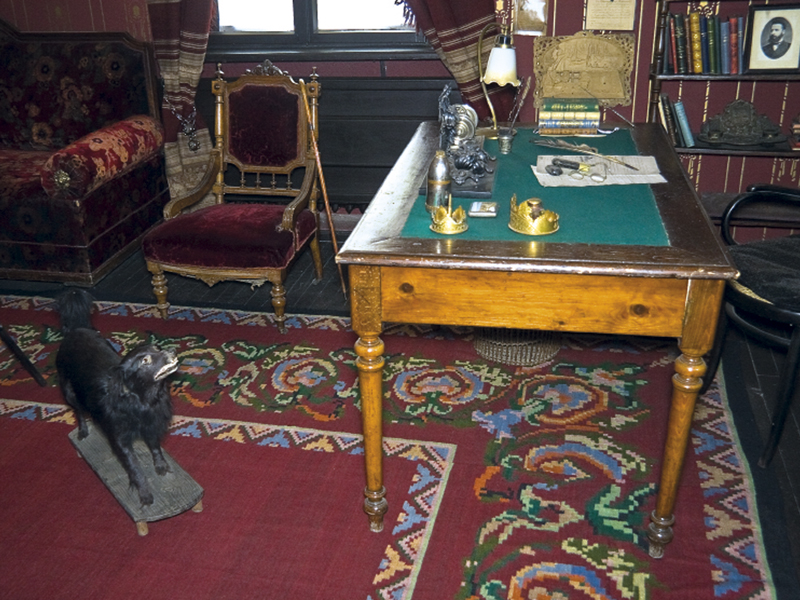 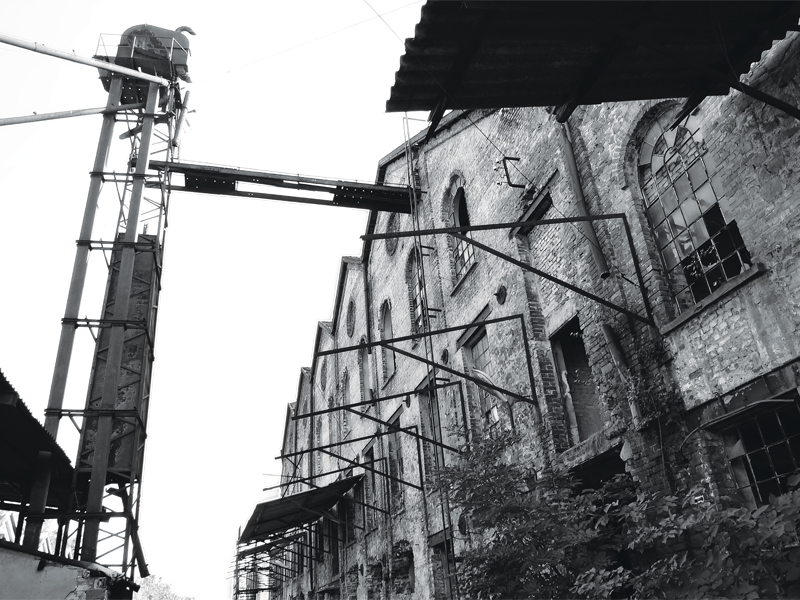 SUGAR FACTORY
Here is a sad story. Situated on one of Sofia's prime locations, a grandiose complex of beautiful industrial brick buildings is fading away. Built by a Belgian company at the turn of the 20th Century as a sugar processing plant and living quarters for the workers, the factory became a warehouse under Communism, and is now in a complete state of dilapidation. 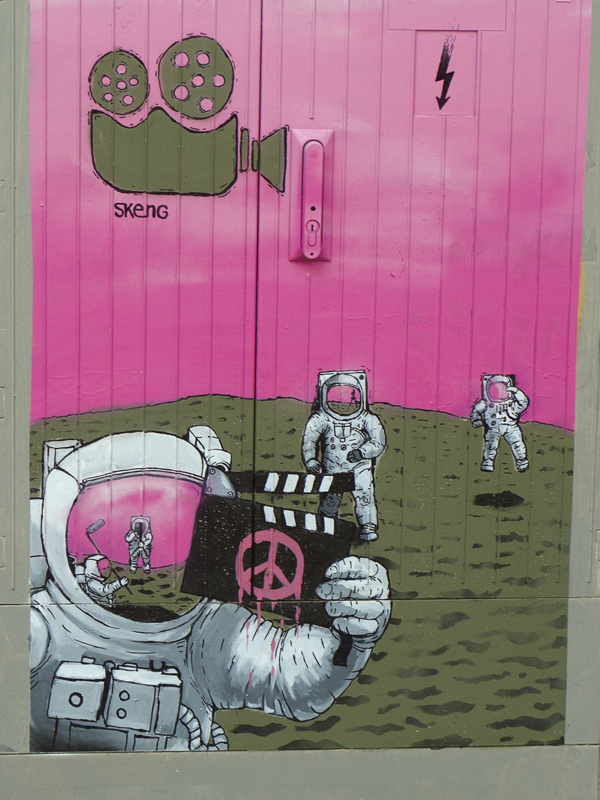 REVAMPED TRANSFORMATORS
Graffiti is ubiquitous in central Sofia, but little of it makes such a pleasant difference as the painted electricity transformers on some of the capital's emblematic streets.

FIVE CITIES THAT COULD REPLACE SOFIA AS A CAPITAL
What if Sofia hadn't become the capital of Bulgaria in the fateful year 1879? Tongue-in-cheekishly, we decided to investigate, and selected our five top contenders for the capital crown. With all their strong points and weaknesses, they are all in issue 78. 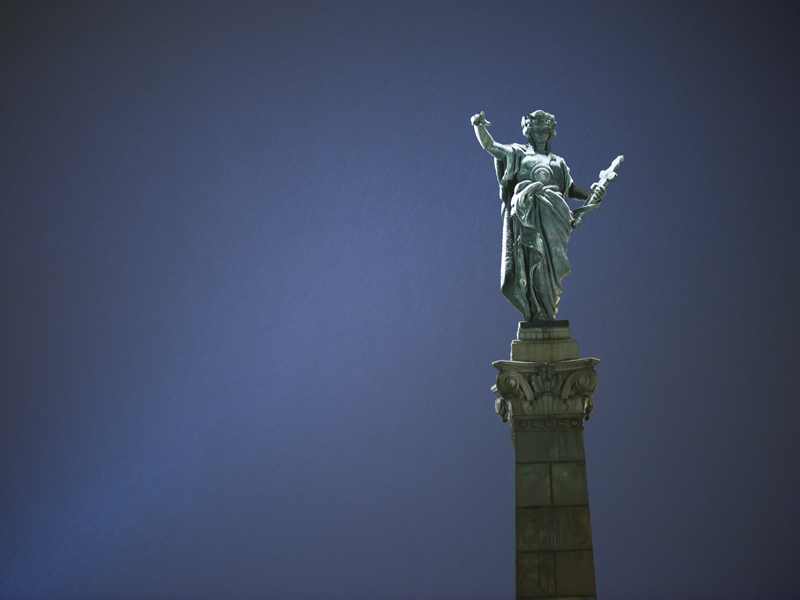 Ruse, one of the cities that made of our list of Sofia replacements

MUSEUM OF SOFIA
Sofia is a rarity: it has had a museum since 1928, yet few have wandered among its treasures, as the museum still lacks a proper exhibition space. For Vagabond, however, this is not a problem. We covered the Museum of Sofia after it moved to its new premises in the former Central Baths (issue 66) and its fascinating collection, including rocking-horses and carriages used by the former Bulgarian kings and the macabre stationery of Prime Minister Stefan Stambolov. 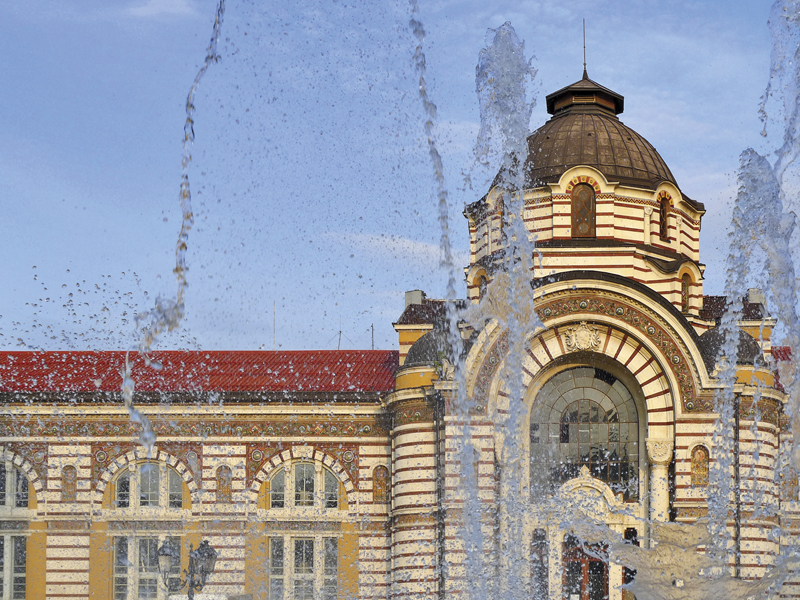 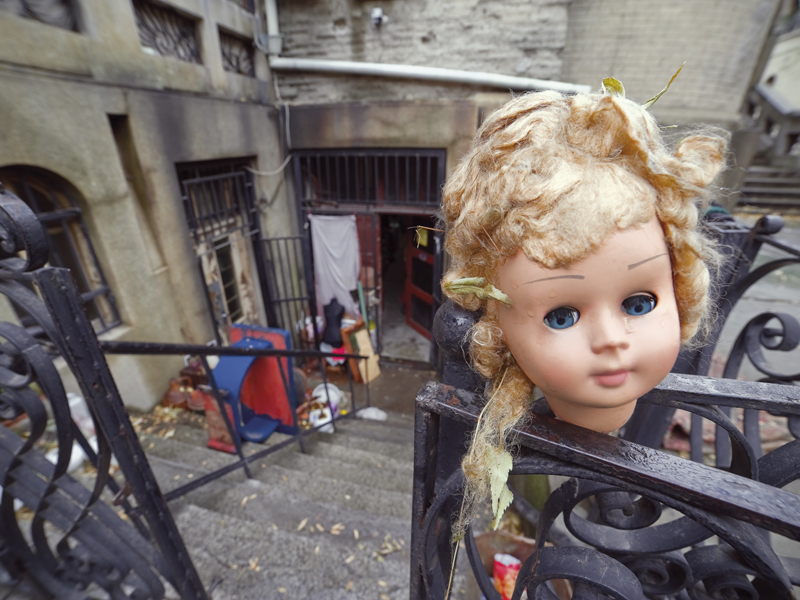 ST PARASKEVA CHURCH
As in any big city, Sofia, too, has seemingly unremarkable buildings that keep dark secrets. Take St Paraskeva Church at the intersection of Rakovski and Simeon streets. Its whole basement is filled with the knick-knacks of what is probably Sofia's biggest pawn shop. 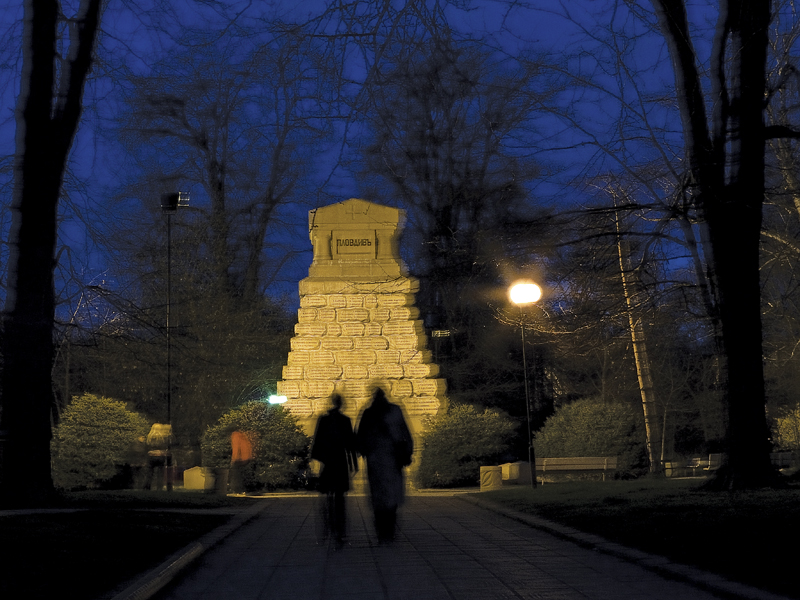 DOCTORS' GARDEN
One of Sofia's most beloved gardens, the Doctors' Garden is actually a memorial to the medical personnel who lost their lives in the Russo-Turkish War of 1877-1878, and our article discloses more about this hidden treasure of the capital.

THE BELL RINGER OF ALEKSANDR NEVSKI CATHEDRAL
Anyone who has passed by Alexandr Nevsky Cathedral on a Sunday morning or afternoon, or during a big Christian feast, has been enchanted by the melodic ringing of its bells. The person responsible for the creation of one of Sofia's most recognisable sounds is an elderly lady, Maria Zabova, who spoke with Vagabond for its 31st issue. 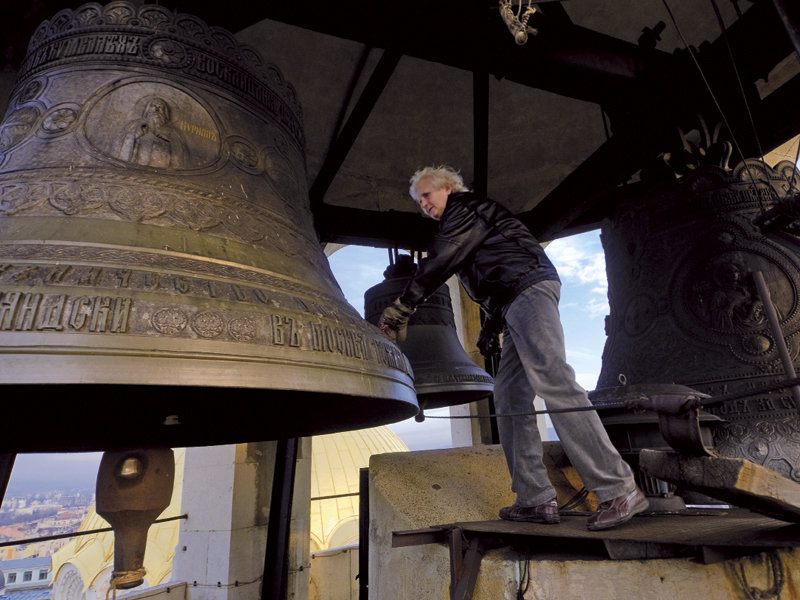