The Symbols of Bulgaria Campaign, in 2008

Routine can be a killjoy, but while churning out day in, day out each of our 100 issues we have rarely felt bored. Besides our regular topics on travel and politics, we produced lengthy, special features and sometimes ruffled some feathers in the establishment.

TANKS IN THE JUNKYARD OF HISTORY

In early 2007, in issue 5 of Vagabond, we ran an article about something which, at the time, just looked curious: on the Bulgarian border with Turkey dozens of Soviet and Nazi tanks were preserved, sunk into the ground, their guns pointing at Istanbul. These tanks had been installed in Communist times as a part of the Warsaw Pact defences against NATO member Turkey. By 2007, Bulgaria and Turkey were already allies, but the tanks were still lying all over the place – ignored, rusting, and in various stages of dilapidation. We asked the Defence Ministry for information about the disused tanks, and the ministry declined, saying the rusting hardware was still "classified information."

After several years, the military did decide to dismantle all of the tanks and put them where they rightfully belong, in the junkyard of history.

THE SYMBOLS OF BULGARIA CAMPAIGN

In 2008, Bulgaria was all in the grip of a nationwide campaign to choose a national symbol, endorsed by then President Georgi Parvanov. A number of places of historical importance were selected and the Madara Horseman won the national vote. In Vagabond, we decided it was time to ask expats in Bulgaria what they thought represented modern Bulgaria best. The answers they gave, and the symbols shortlisted, had nothing in common with what the Bulgarians had suggested. These included:
- Mutri

- Central Sofia with its multicultural vibe

- The combination of flashy jeeps and donkey carts

- The Bulgarian Ey sega, meaning Mañana but without the sense of urgency.

Bulgarians were furious and even hysterical because they thought outsiders were making fun of them. The participants in the online vote chose the martenitsa, followed by the Rhodope morning mists, and the mutri, as the most prominent features of modern Bulgaria. For more, check issues 23 (here and here) and 26 of Vagabond. 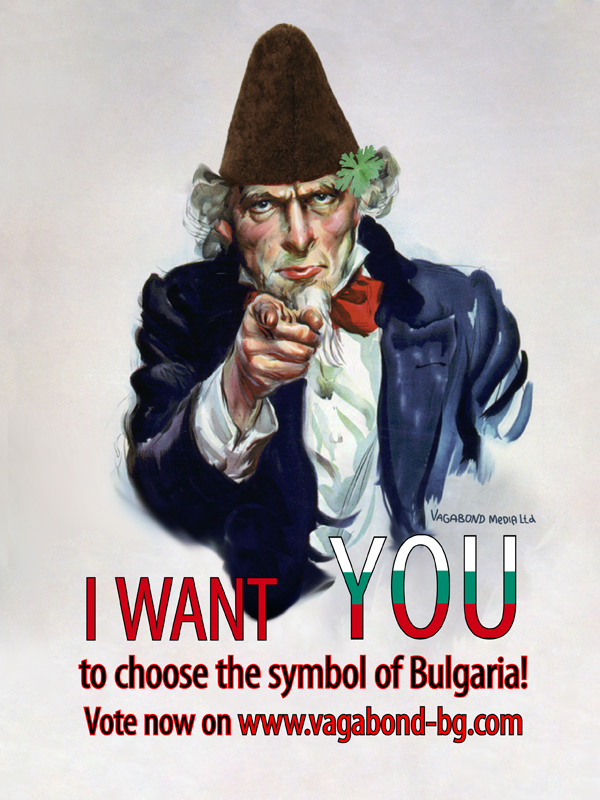 FROM THE THRACIANS TO THE NDK: VAGABOND'S GUIDE TO BULGARIAN HISTORY

There are few English-language sources on the history of Bulgaria, and those are often tainted by propaganda. That is why we commissioned one of Bulgaria's top historians, Professor Hristo Matanov, to write a series of articles about the country's past, from the dawn of prehistory to the fall of Communism. In a year, in issues 7 until issue 20, our readers were able to get acquainted with mysterious Thracians and bold Bulgarian khans, follow the ups and downs of the Bulgarian state, engage with the National Revival of the 19th Century (issues 15/16 and 17) and learn what a national catastrophe means to Bulgarians. Even more importantly, they got a glimpse of the years of Communism and its consequences, which are still felt in modern Bulgaria.

LAUGH! YOU ARE IN BULGARIA!

Bulgarians often take themselves very seriously, but that doesn't mean you should explore the country and its people without a healthy pinch of irony. We have devoted many pages to the fun of culture shock and how to survive it in Bulgaria.

Richard Cherry, an Australian, became one of our star writers, with his crazy articles on what Bulgarians are and how to deal with them without getting punched. Here's an excerpt from his Bulgaria for Beginners, in issue 7 of Vagabond:

"OK, you've tried a Zagorka, maybe a Kamenitza, and found them mildly lacking in charm. You ask yourself: In a country where I can get a 500ml bottle of Becks for 50p, why would I drink the local gear? Because you can, of course. What's the difference between an Ariana and an Astika? A Bolyarka and a Burgasko? There's something here for everyone, ranging from bland, gassy lagers to dark, toxic brews more suited to a petrie dish than a beer glass. Discover for yourself the full spectrum of Bulgarian beers, from the merely tolerable to the completely un-keep-downable. And imagine how sharply you'll rise in your Bulgarian friends' estimation when, having been offered an Almus, you can smile sagely and say, 'No thanks! That stuff's made with Danube water'."

No wonder we've never convinced a Bulgarian brewery to advertise.

This is from Cherry's cheerful piece on the Bulgarian Black Sea, in issue 11:

"It's not Bulgaria's fault that, by an accident of geography, there's simply less coastline to go round. But I remember my first sight of the Black Sea coast, a couple of summers back, thinking: It's crowded. A lot of people. A lot of furniture. You know those plastic banana loungers and stuff? And Bulgarian beaches are strewn with so many cocktail bars, slot machines, and huge sub-woofers that you end up feeling like you're in a big daytime disco with sand. The British love it here, of course. Apart from being cheap as chips for them, these are the best beaches they've ever seen."

Cherry eventually left Bulgaria, leaving behind a pair of comedy shoes too big to be filled by an ordinary person. Hristo Kyosev stepped in, offering his precious MisLeading Advice for First Time Visitors to Bulgaria, between issues 26 and 39/40. These, of course, should be digested with a modicum of common sense.

For example: It is customary for waiters and waitresses in Bulgarian restaurants to give diners at least 30 minutes to get acquainted with the atmosphere and general feel of the place before they offer their services. If a waiter approaches you before the allocated time limit, send him away immediately by waving your arms in the air and shouting chiba, chiba!.

Or: Taxi drivers in Bulgaria are rather talkative. Be the first to break the ice by starting a conversation on some of the most popular topics among local taxi drivers: Kak e lizingat?, or What is the situation with the monthly instalments covering the purchase of the taxi cab?; Kak e kolegata?, or How do you get along with the other shift partner-driver who shares this car?; or Kakvo mislish za polititsite?, or What do you think of our politicians? Having asked the right question, just sit back, relax, shake your head in assent from time to time and enjoy the ride.

And: The phrase "I'll get the bill" in bars and restaurants deeply offends Bulgarians and bruises their egos. Avoid confusion and embarrassment by announcing in a loud voice: "I’m not paying anything" before setting out for a night on the town with your Bulgarian pals.

In spite of the gloomy years we are living through (as you should know from our increasingly dark political analyses), we still produce funny stuff. Check out the Top 10 Techniques To Infuriate Your Bulgarian Friends, in issue 91. Here's a sample:

"Bulgarians love conspiracy theories. They will probably have already told you their own explanations about US world hegemony, about the influx of asylum seekers, about shale gas and many others. Now is the time to produce one conspiracy theory of your own. If you really want to bite, tell them The Daily Mail has been carrying reports about Bulgarians settling in Britain and conspiring to overthrow the monarchy. The Daily Mail, you might add, rarely gets a story right, so you used your own sources to do a little investigation. It turned out the plotters were in fact Macedonian revolutionaries pretending to be Bulgarians. You know that of course the Macedonian nation is much older and nobler than the Bulgarian, so why would a Macedonian want to pretend he is Bulgarian?"