"Pirogov – hurry!" is a phrase that strikes fear into any Bulgarian mind. Pirogov is the name of the country's largest emergency hospital. The tall building on Sofia's Tsar Boris III Boulevard has seen countless casualties arrive by ambulances or taxis after suffering accidents or becoming victims of crime to be treated by some of Bulgaria's finest medical specialists.

The Pirogov Hospital was founded in 1951 to replace the older Red Cross Hospital as a centre for accident and emergency. It was modelled after similar institutions in the USSR, as a result of the larger trend in the first decade after the 1944 Communist coup, when Bulgaria's economy, institutions and culture were being remodelled along Soviet lines.

Nikolay Pirogov (1810-1881), the surgeon chosen as the patron of the new hospital had nothing to do with the USSR, however. He was a pioneering physician who revolutionised war-time field surgery and played a significant role in the Russo-Turkish War of 1877-1878, which brought about Bulgaria's independence. 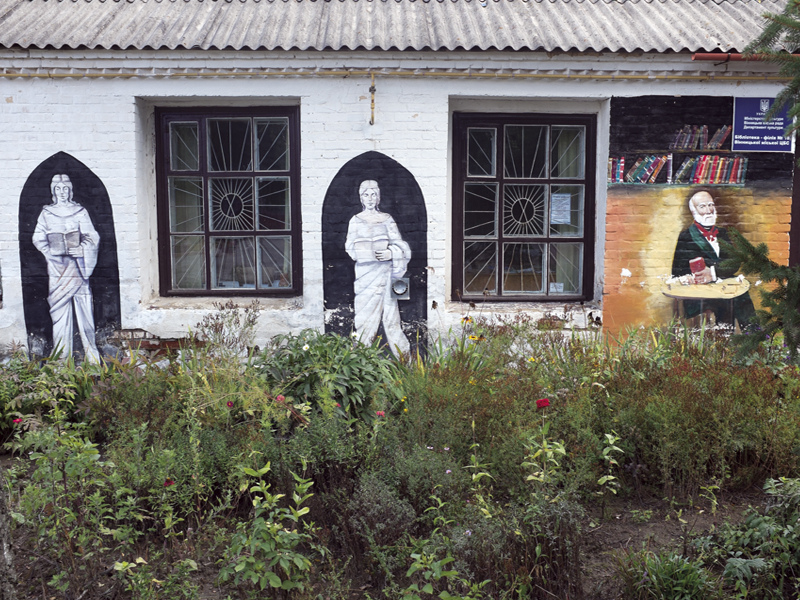 Pirogov's hospital for the poor, Vinnytsia. It is closed to visitors, but in the nearby surgeon's mansion there is an informative museum dedicated to his work

A prodigy in medicine, Pirogov graduated at the age of 18 from Moscow University and at 26 was already a professor at the University of Dorpat (today's Tartu in Estonia). In the following years, he specialised in surgery, created the first anatomical institute in Russia and wrote two studies on anatomy, which collectively comprised 16 volumes. He made headlines, too. One of his most famous operations was an aesthetic one, when he used skin from the patient's chin in order to replace a missing part of the man's nose.

Pirogov was not interested in academia only, and he came up with some of his most significant innovations while caring for the wounded in Russia's wars. In 1847, during the seemingly endless Caucasus conflict, Pirogov performed the first field surgery under ether anaesthesia. This happened only a year after this ground-breaking method of anaesthesia was publicly demonstrated at the Ether Dome in Boston, Massachusetts.

When the Crimean War broke out, in 1853, the Russians soon found themselves overwhelmed with wounded soldiers suffering and dying in monstrous conditions. In 1854, Pirogov arrived in Sevastopol, on the Crimea, to help. He had to fight not only for the lives of thousands of soldiers, but also against corruption that was rife in the medical administration. He succeeded in providing a smooth organisation, and introduced the triage system which divided the wounded according to the severity of their injuries. 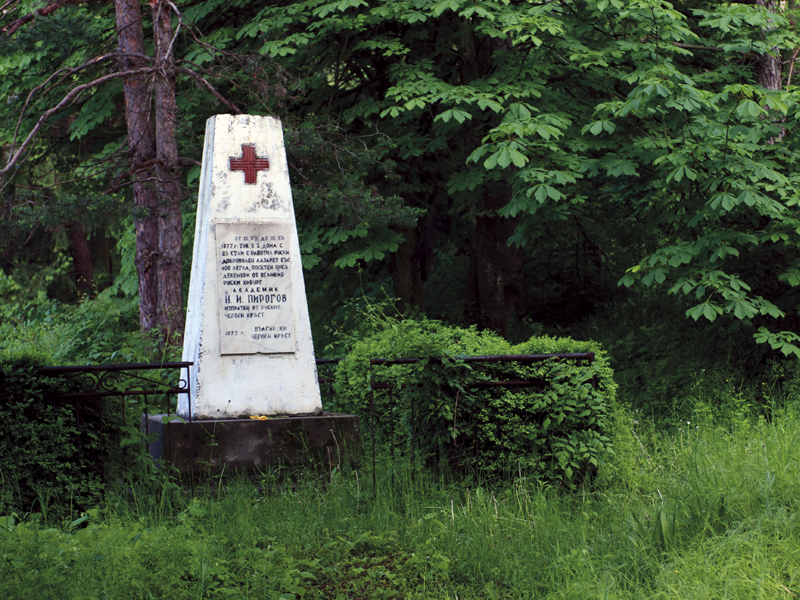 Monument to Pirogov and his work near Svishtov, marking the place of one of the hospitals he organised during the Russo-Turkish War of 1877-1878

Another innovation of Pirogov during the Crimean War was the plaster cast for injured extremities. It sounds like nothing major now, but at the time it saved many legs and arms from being amputated.

Pirogov's achievements were widely praised after the end of the war in 1856, but this did not make life easier for him. The surgeon became the victim of political manoeuvring in the top medical circles and fell out of favour with the tsar. Isolated and left without a pension, in 1866 Pirogov went to Vishnya, or Sour Cherry, his family mansion near Vinnytsia, in today's Ukraine, and opened a free hospital for the poor. 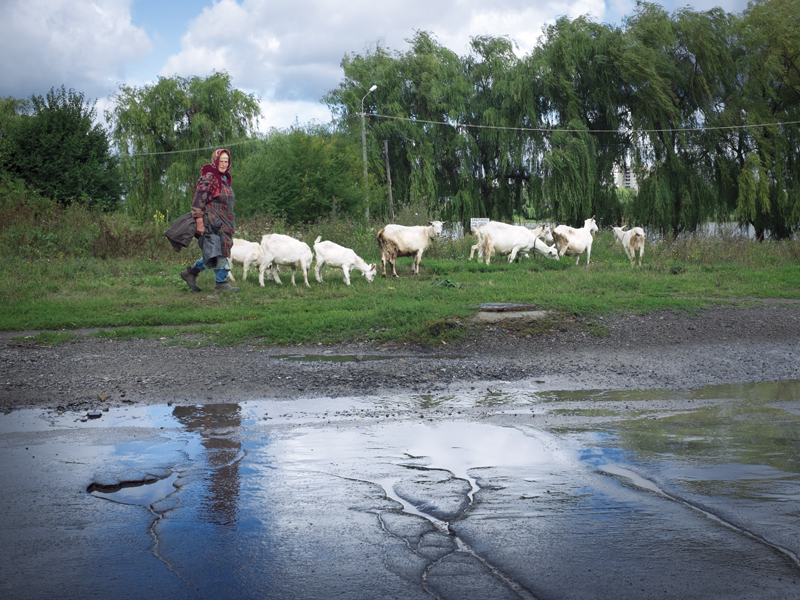 Goat herder on the outskirts of Vinnytsia. The area was called Pirohove, after the surgeon who lived, worked and died there 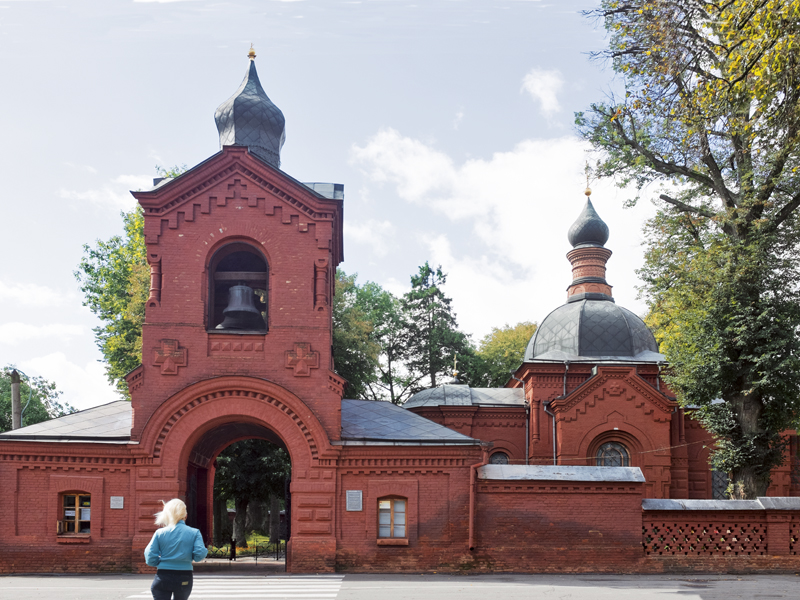 This did not stop him from travelling and learning more about the human anatomy and the ways a surgeon could help. Pirogov visited Europe, become an honorary professor at a number of universities and academies, and went to the battlefields of the Franco-Prussian War of 1870. His fame grew, and his list of well-known patients included Giuseppe Garibaldi, the leader of the Italian unification movement.

In 1877, Russia began a new war against the Ottoman Empire, and the skills and devotion of Pirogov were again much needed.
The surgeon went to one of the most difficult front lines, that at Pleven, and in only two months made significant improvements in the medical care of the wounded.

Pirogov spent the rest of his life in Vinnytsia. In 1881, the 50th anniversary of his scientific career was celebrated officially in Moscow and St Petersburg, the cities where previously he had had so much trouble in.

By this time, however, Pirogov was dying from cancer of the upper jaw. As a surgeon, he knew that this was incurable and he prepared for death in a rather eccentric way.

He developed an embalming solution and declared in his will that his body should be preserved. This was duly done after his death on 23 November 1881. His body was later laid in the crypt of the family chapel his widow built near the mansion at Vishnya. 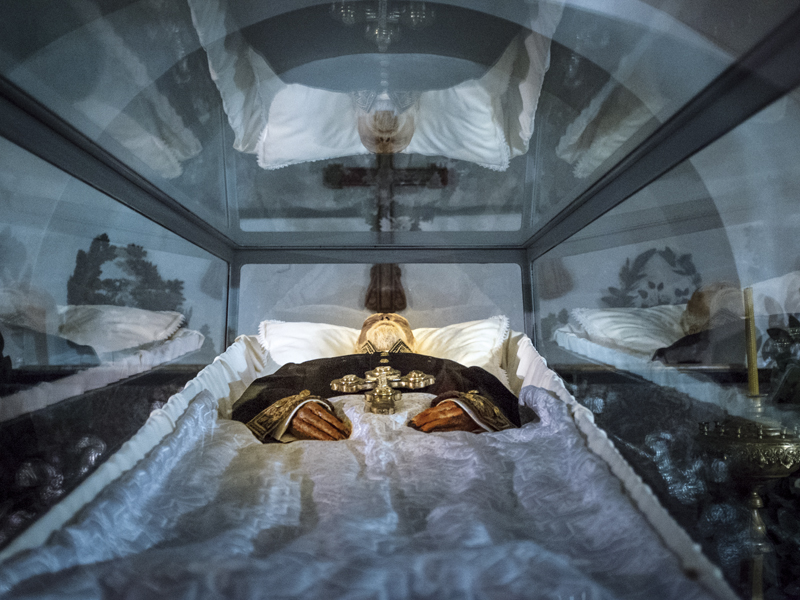 The body of the surgeon is still there, in the crypt. The room has no equipment for preserving a specific temperature or humidity, yet Pirogov's body is in perfect condition. It seems as if the years since 1881 have not passed at all.

This cannot be said for the only other preserved corpse in the former Soviet Union, that of Vladimir Lenin in Moscow. In spite of controlled conditions and constant care in his grandiose mausoleum on Red Square, Lenin's mummy is deteriorating. Unfortunately, not just symbolically.