GETTING EMERGENCY HELP IN BULGARIA

The staff at 112 will understand you, even if you say: Bοήθεια! Аiuto! Yardım! Ayuda! Hilfe! Au secours! Ajutor! Pomagati! Pomóc! Помогите!

Three young Finns set out in May 2010 to trek over the mountain pass at Bachkovo, in the Rhodope. The day started well but ended up as a nightmare when one of them fell and was injured.

The young men called 112. Over the next couple of hours they remained in constant touch with the operators while the police, the Civil Protection Service and the Mountain Rescue Service were trying to find them. This story has a happy ending: the police found the Finns, who were alive and in reasonable condition.

You never know when you might find yourself in a situation that could have come straight from an action or a disaster movie: a natural catastrophe, a fire, a terrorist attempt. But what you should know, just in case, is how to get help.

Until recently anyone living in Bulgaria or visiting as a tourist had to remember the phone numbers of ER (150), the fire brigade (160) and the police (166). Skiers and mountains trekkers also had to remember what to dial for the Mountain Rescue Service: 1470 (for MTel and Vivacom) and 02 963 2000 for BTC landline clients.

These numbers are still in operation. But you no longer need to remember them.

Since 2009 the entire territory of Bulgaria has been covered by the EU-wide emergency number 112. Dialling 112 is free and as of September 2011 all calls to the old emergency numbers will be redirected to 112. 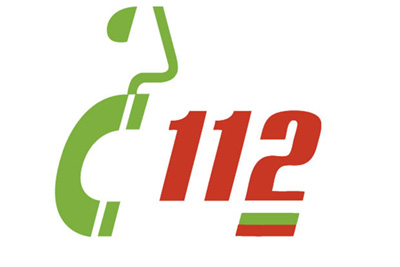 112 can be dialled in any emergency when human life is threatened. The call centres at Montana, Ruse, Varna, Burgas, Kardzhali and Sofia receive the calls and redirect them to the police, the fire fighters, the Civil Protection Service, the Maritime Administration or the Mountain Rescue Service. The respective service then dispatches people to where help is needed. In 2010 some 3 million calls were made to 112, up 69 percent from a year earlier.

Call centre staff cater for people who do not speak Bulgarian as, under EU rules, services must be provided in English, French and German. However, in Bulgaria you can also ask for help in Romanian, Greek, Turkish, Serbian, Italian, Spanish, Polish, Russian and Arabic.

It's hard to establish the exact number of foreigners who have called 112 in Bulgaria, but most calls are made in the summer months, when lots of tourists visit the country. In the summer of 2010 most of the calls were made from non-Bulgarian SIMs, but it's not known how many 112 calls were made by foreigners living permanently in Bulgaria and using local mobile providers.

Naturally, there are a lot of calls that go beyond these areas. There have been several cases in which foreigners at the Black Sea coast have sought help in finding lost children. Successful calls to 112 have helped tourists find their lost luggage or be rescued from a yacht in distress on the Danube. A group of Greek tourists reported that their tour operator was refusing to give them the hotel accommodation they had paid for. This problem was resolved quickly after the 112 dispatchers sent round the police.

Be brief and to the point when you give information about an accident, its location and those injured.

Operators will require that you give your name and whereabouts.

20 seconds. This is the time in which operators determine whether your call is for real or a hoax.

112 IS NOT the number to dial to report malfunctioning traffic lights, bumpy roads, power cuts or loss of water supply.

You can dial 112 to report fires and floods, medical emergencies, hurricanes and earthquakes, traffic incidents, industrial breakdowns, environmental pollution, the emission of radiation, winter blizzards and suspicions about anthrax or other biological hazards.