I have been posted abroad many times in my career and before leaving for a new country what concerns me most is the living conditions, particularly the local food.

When it was decided that I was to go to Bulgaria, I took my family to the only Bulgarian restaurant in Tokyo, called "Sofia." We tried some Bulgarian dishes and so I already had an idea about Bulgarian food before my arrival here.

There is a rich tradition of Bulgarian food to be found all over this country; so much more variety than we experienced in Japan, and the different taste combinations and the quantities served are amazing too. I find Bulgarian traditional white cheese, or sirene too salty on its own but perfect in combination with different fresh vegetables. Food here is really absolutely delicious. 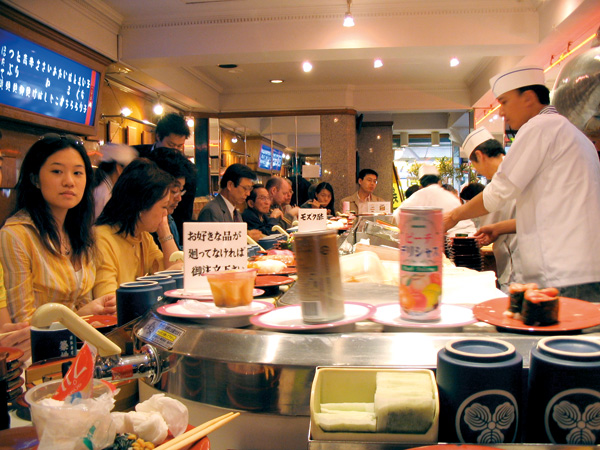 Since Bulgarian cuisine has been influenced by Greece, Turkey and other Balkan countries, there are many similarities among them. I have been most impressed by the "home-made" quality of the food, especially the meat. Tender, tasty pork and chicken are my favourites. Moreover, your country is renowned for its great variety of delicious fruit and vegetables. In Bulgaria you still have fruit and vegetables with their perfect natural taste, so difficult to find in countries like Japan. In the summer you can buy reasonably priced tomatoes which do not have such a good shape or colour but which taste excellent.

I really like eating out, but in my position as ambassador I often have to invite guests to my residence or attend lunches and dinners at the invitation of other ambassadors, officials and suchlike. So, unfortunately, I don't have as much time for eating out as I would like, but I seize every chance to try out not only Bulgarian but many other cuisines.

Among the Bulgarian food that I have tried on various occasions, I must mention in particular the traditional Christmas dishes prepared by the wife of Professor Hristro Nedyalkov, conductor of the Bulgarian Children's Choir. On my first Christmas after being posted here I had a memorable lamb cheverme, roasted for almost six hours over a charcoal fire by Resmi Aliev, owner of the Resmi Restaurant in the ski resort of Borovets, at his villa in Mala Tsarkva village, near Samokov. The meat was so tender that you could eat it with your fingers and its marvellous taste was unforgettable. Resmi Aliev is a former skier and represented Bulgaria at the Sapporo Winter Olympic Games in 1972. Whenever I go skiing in Borovets with my friends we always look forward to breakfast and lunch in his restaurant Resmi (phone 07 503 2342 or 088 754 5847), behind the Samokov Hotel.

Among my other favourites are kachamak and the potato pie, or patatnik, that I ate in Pamporovo in the Rhodope, and the delicious kavarma from the region of Arbanasi. At different Bulgarian restaurants I've also enjoyed ordering kyopolu, sarmi, mish-mash and red roasted peppers, or cherveni pecheni chuski.

I was really surprised to discover that some Bulgarian dishes are similar to Japanese ones; for example, the way of preparing kyopolu is very close to our baked aubergines, and so Japanese people really enjoy the taste of kyopolu. There are some similarities too in the simple methods of cooking to preserve the fresh, simple and natural taste of the ingredients. When guests from Japan arrive in Sofia I often invite them to typical Bulgarian restaurants such as Chevermeto (NDK-Pronoto, 1 Bulgaria Blvd., phone 088 5630 308) where they can enjoy a performance of folklore songs and dances, or Grozd (21 Tsar Osvoboditel Blvd., phone 944 3915) to try traditional Bulgarian food. 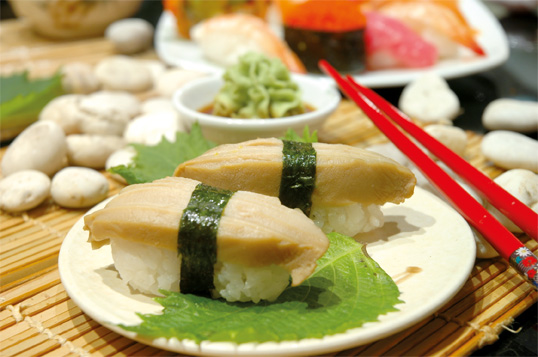 Sometimes I miss the tastes of my native country, so far away, but I came here with my own chef who prepares traditional Japanese food on various occasions for our guests.

Most of all, Bulgarians like sushi and tempura, particularly fried prawns. I have also been curious to sample the newly opened Japanese restaurants here and I have been among the first to try them out. Three years ago, when I arrived in Bulgaria, there wasn't a single Japanese restaurant and now there are several. It is delightful to see the boom in Japanese restaurants and cuisine here, a trend that is evident not only in Bulgaria but all over the world. Fortunately, you can find many Japanese restaurants with authentic Japanese food everywhere in the EU. A couple of weeks ago I went to Paris and I was really surprised to see lots of Japanese restaurants full of French people, and the food tasted exactly the same as in Japan.

Among the Japanese restaurants in Bulgaria, in Sofia I would recommend as the most delicious SASA (31 Cherni Vrah Blvd., phone 963 5414), Happy Sushi (96 Rakovski St., phone 088 299 9012) and Hamachi (3 Orfey St., phone 088 426 2244), as well as Fuzen (Grand Hotel Oasis, phone 05 545 1144) in Sunny Beach. They all serve tasty sushi and tempura and I hope they will continue to keep up the authentic Japanese taste. Moreover, some of the recently opened malls sell the so-called kaiten sushi on a conveyer belt, so that trend of Japanese cuisine is already here.

As you know, the basic materials and ingredients are of significant importance for producing true Japanese food. Until recently it was hard to buy fresh fish in Bulgaria. However, with the increase in Japanese restaurants and the popularisation of our cuisine, food shops like Alex in downtown Sofia carry a variety of foodstuffs related to Japanese cuisine. Here you can find ingredients for sushi, miso bean paste, soya sauce, Japanese rice, Japanese traditional sweets and so on. In the last three years the availability of Japanese ingredients has improved significantly.

When I dine with my wife and friends at my favourite restaurants, I always order certain dishes. Every time in Mezze (12 Nikolay Haytov St., phone 089 788 9185) I order squid and prawns. In Panorama (Kempinski Hotel Zografski, 100 James Bourchier Blvd., phone 969 2222), it's seafood hors d'oeuvre and their delicious desserts. In Kashtata (4 Verila St., phone 952 0830) I choose only Bulgarian food, while in Toscana (3 Verila St., phone 089 787 0553) it has to be Italian food, including their delicious pasta and so on. Recently I have found an excellent restaurant with international cuisine and would strongly like to recommend it: it is the Chef 's Restaurant (phone 089 672 3222, www. chefs-bg.com.)

While eating here you cannot ignore the wine and rakiya. Rakiya is too strong for me and I don't drink a lot, though I enjoy a glass with a traditional Bulgarian shopska salata. The variety and quality of wines has expanded significantly during the last few years. My favourite red wines are Enira and Katarzyna, and for white I favour those of Levent.

Yogurt is an indispensable element of Bulgarian food. Meiji Bulgarian Yogurt, produced under licence with lactic acid bacteria imported from Bulgaria, is very popular in Japan. Meiji Dairies Corporation produces 500 million 450g packs of Bulgarian Yogurt every year and dominates the Japanese yogurt market. Since arriving in Bulgaria I have taken yogurt every day at breakfast and, as a result, my health and digestion are in excellent condition.

It is said that a country with a rich food culture also has a rich cultural and historical heritage. After living three years in Bulgaria I know this is true. I sincerely hope that Bulgaria will continue its further prosperous development as an EU member and preserve its rich culinary culture.

Read 19201 times Last modified on Tuesday, 15 March 2016 14:35
Published in Vagabond Features
More in this category: « GETTING EMERGENCY HELP IN BULGARIA TOTALLY OFF THE RECORD »