London-born Rome-residing Matthew Kneale has been a household name in literary circles since the success of his novel English Passengers, 2000. A story about a religious-scientific expedition that seeks The Garden of Eden in Tasmania, it is set against the background of the brutal destruction of the New World by British settlers and convicts.

Dealing with the past, especially these aspects of the past that nations don't like to remember, has become somewhat of a trademark of Kneale's writing, leading up, perhaps logically, to his first non-fiction book, An Atheist's History of Belief, 2013, which is now being translated into many languages.

Matthew Kneale attended the Sozopol summer literary workshop of the Elizabeth Kostova Foundation in May 2014 and found out that Bulgaria had – and had not – changed that much since the 1980s.

Before my visit this spring for the Sozopol Fiction Seminar I visited Bulgaria only once. This was in 1986 and for only a single day, sandwiched between all night train journeys, and consequently my memories are a little hazy. I recall Soviet-style architecture, an ancient church being lovingly restored, and people who were very friendly in the wary way those times made inevitable.

And yet I soon felt I knew Bulgaria. This was because, not long afterwards, when I was living in Rome, I came to know two Bulgarians who had escaped over the mountains to Yugoslavia, and were kicking their heels in Italy, waiting for American visas. I gained a kind of knowledge of the country from the stories they told of military service, of opportunities strangled by the regime, of digging up Roman antiquities in the garden, of walking in the mountains. I was left with an impression of a warm-hearted country struggling under a mean-minded system.

Is Bulgaria known in Europe and the wider world?

Bulgaria is certainly well known in the wider world. Affirmative, negative? I would say that, like any country, it has a mix both. Yet I would say that, as an inevitable result of its history, Bulgaria has been perceived in radically different ways at different times.

In the late 1970s Bulgaria was best known in the West for the murder of Georgi Markov. I remember this terrible event well, not only because at the time I was living in London, where the murder took place, but also because it touched my family. My parents were old friends of the Dilkes, whose daughter, Annabel, was Georgi Markov’s wife. I remember my parents’ shock at the news. The incident would have added to the impression, widely held at the time, that Bulgaria was a country suffering under one of the most hardline of the Warsaw Pact regimes, comparable to East Germany and the Soviet Union itself.

By the 1990s Bulgaria had a very different image. I remember the country as being associated with three things: football, wine, and computer viruses. I recall reading that within the Soviet Empire Bulgaria had been designated the role of centre of digital technology. After the fall of the Socialist system Bulgarians became expert at computer processing and, having no outlet for their knowledge, devised viruses. In the early 1990s everyone in England seemed to be enjoying delicious and affordable Bulgarian red wines. And of course everybody during the 1994 World Cup felt huge admiration for the Bulgarian national football team for beating world champions Germany – a feat the English team so rarely managed.

I would say that the overall image of Bulgaria in the West is a sympathetic one, yet understanding of the country is limited. The world needs to know Bulgaria much better.

What were your impressions of Bulgaria this spring?

I loved Sofia, with its dramatic setting beneath Vitosha Mountain. It seemed a perfect size: large enough to fascinate yet never oppressively huge. I liked its eclectic mixture of architectural styles, from Byzantine and Ottoman to Soviet and modern. I particularly liked the central area, with its quiet, narrow streets.

At times I was taken by Bulgaria’s poverty. I was particularly struck by a momentary sighting of the Gypsy area of Chirpan glimpsed through a bus window. People seemed to be living in truly Third World conditions. I was well aware, from conversations all around me, of the frustration many Bulgarians felt with their government’s corruption, and the power held by a few immensely rich compatriots. I felt the Bulgarians I talked to had a great love for their country, which made their disappointment more painful to them.

I found a great deal to like in the country. I loved its beautiful, unspoilt landscape. I loved the food, from Shopska to Tarator and Kavarma. And of course the wine. I was hugely impressed by the warmth, sophistication and profound cultural understanding of the Bulgarian writers I met. More than anything else I was struck by the remarkable wisdom many of them had acquired through years of adversity, living under through the socialist era.

Your advice to writers writing in a small language like Bulgarian?

My advice would be, don’t try and write for a world audience. How can one possibly know what a world audience will want to read? Write about Bulgaria. Fill your writing with the details and curiosities that will make your country fascinating, to Bulgarians and foreigners alike. Your country is fascinating. Every country is. You simply have to find a way to bring out the surprises that lie there, and readers will be drawn to your writing.

Don’t forget to put in a good story! These days some writers hold a fashionable disdain for plot, but I feel this is mistaken. Story propels a novel. Make things happen. Give a sense of surprise. A strong, good story can carry you to every land. 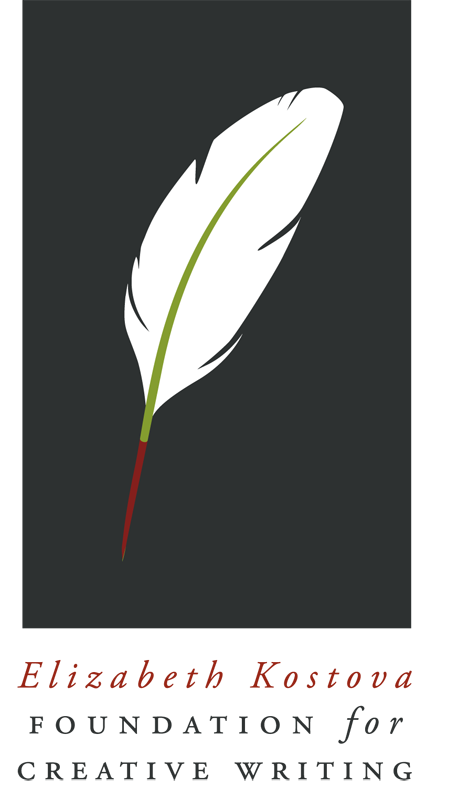 THE ELIZABETH KOSTOVA FOUNDATION and VAGABOND, Bulgaria's English Monthly, cooperate in order to enrich the English language with translations of contemporary Bulgarian writers. Every year we give you the chance to read the work of a dozen young and sometimes not-so-young Bulgarian writers that the EKF considers original, refreshing and valuable. Some of them have been translated in English for the first time. The EKF has decided to make the selection of authors' work and to ensure they get first-class English translation, and we at VAGABOND are only too happy to get them published in a quality magazine. Enjoy our fiction pages.