AND AN ICON FOR KOZMALA

by Nikolay Petkov (BG); translated from the Bulgarian by Christopher Buxton; photography by Anthony Georgieff
Rate this item
(0 votes)

Nikolay Petkov was born in Veliko Tarnovo. From 1989 to 1995 he studied Bulgarian Language and Literature, Philosophy and Theology at the University of Veliko Tarnovo. 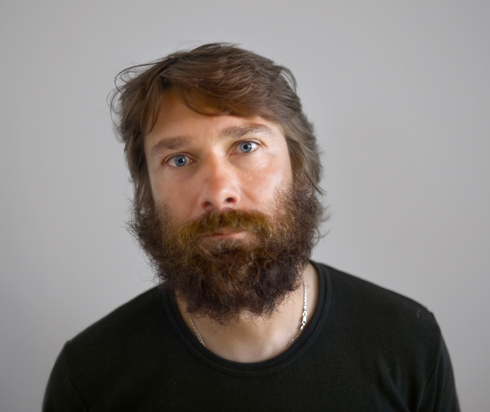 Between 1998 and 2000 Nikolay taught Ancient Philosophy at the Faculty of Philosophy at the same university. During that period he wrote the books Arche – an anthology of Ancient and Medieval culture and The Divine Names in the Philosophy of Proclus Diadochus.

I have to admit that precisely for this reason I'm pleased about this interrogation in front of you. It reminds me of that one in '41. After that our relations with Esther changed. She realised that when your name is Esther and you live in Paris in '41 it's difficult for your innocence to be proven. The most difficult thing was to find someone who would believe in this proof. I don't know how it came about that they believed me in the Gestapo. And even now I can't get my head around it. Perhaps it's because nothing sounds more convincing than the actual truth. Surely it was because when I explained that we used pigeons to hide our link from everyone else, they did not doubt it. At the end of the day I was a monk in the Bulgarian Orthodox Church and no one ought to have discovered that I was keeping in contact with a young and beautiful Jewess called Esther. It was as much, according to the viewpoint of our canonical laws, I explained heatedly, as if you were a Sturmbannführer in the Gestapo and your Granny was called Rebecca.

"I understand." My interrogation officer nodded to me sympathetically.

Perhaps they were gratified by the strong Aryan spirit of our church laws or perhaps because the Germans were still our allies and it was indeed impossible for a Sturmbannführer's Granny to be called Rebecca. By now nothing could surprise me. When they discharged Esther she thought, she'd felt, that our game of child-idiots had turned into one of life and death. She understood perfectly that to be Esther's friend meant putting a rope around your neck. Probably that was why she was shut up in herself. She said that she would travel to Suza and Masada, her lost cities. She assured me that until she had not begun to dream of them, she would not stop reading about them. She didn't go out anywhere. She even forgot about the pigeons. It was then that I returned to Bulgaria. I was scared, not because of the Germans, but because I couldn't talk with Esther. Not even that. I was scared that she was more vulnerable than her pigeons and that I was incapable of helping her with anything. When I got back to Kostel I even started to search for the lost towns of my childhood. I set out on the road of my memories. They began a kilometre from the village of my birth, present day Gramatitsi; back to that time when we would wander round for days at a time. Uncle would harness Marko. We put bread, sausage and tomatoes into the cart; tallow candles and a canvas tent which he'd inherited from the wars. He would say that with this luggage we could reach the end of the world. Later I realised where that is. I even reached it. We travelled through the forests and Uncle told me about Sheshkingrad and Turkesheni, about Konstantine and old Maryan. He took me as far as Kraya, there where the regions of Elena, Sliven "Yailukioi" and Turnovo meet and pass each other by, where between the Old River and the Great Kamchiya, under the Great Sahar mountain you can find even now remains of the villages of Tsarevetsi, Manistiritsi, Malka Cherkovna, Glashatai. Kapishe and Bogomolsko, where I'd heard from my Grandfather, who'd got it from his Grandfather, that somewhere there, at the time of the Emperor John Tzimisces there had been a royal mint. On our return journey we always passed through the Mindiuvski canton, there where the river Vesselina turns towards Zlataritsa. Uncle showed me a bridge, finer than a cobweb. Only weasels and ferrets could cross it as it was more fragile than a pie crust, but once the Tsar's guards had marched over this bridge. After that it splashed through the river dried out by the heat and spread out over the grass so I could see among the roots glimpses of old walls. This was the site of medieval Bratovangrad. You would be its last visitor because if anyone heavier than 20 kilograms tried to cross the bridge, they'd fall. You, however, can cross, so one day you'll remember how you crossed time. I'll stop you falling, even if it breaks. Don't be scared; the river is shallow, he explained enthusiastically.