Philip Anastassiu was born in Sofia, Bulgaria. He graduated from Sofia University, where he studied Hungarian Language and Literature. 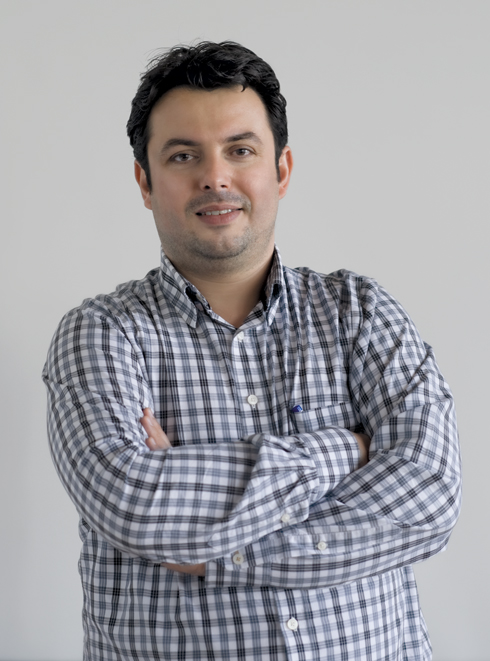 Anastassiu has been writing for several years and his works have been published in various magazines.

Philip Anastassiu works in the field of human resources management but his stories have nothing in common with corporate life. Among Anastassiu's sources of inspiration are his favourite writers Nick Hornby and Mark Haddon, as well as everyone capable of creating a gripping plot without using the word "gun."

"Is it tall enough?"

The lads slipped quickly under the porch and Assen stamped his feet while Boris felt for the key. The first blizzards had passed and the sun had broken through. It was one of those sunny winter days, where you set out for a long walk. The snow glitters and crackles under your feet and the gutter spouts melt slowly.

Boris found the key and opened the old rusty padlock. The pair quickly found the ladder and placed it against the wall of the house. The icicles were long and thin like sabre blades. There were two of them, exactly the number they wanted.

Boris scrambled up the ladder and Assen took off his gloves, grabbed it hard with his two hands, pressing it against the wall.

"Are you holding it?"

Boris climbed to the top of the ladder and reached towards the icicles, but immediately grabbed the ladder again.

"That's what you think, because you're high up there. Go on and show some guts. It's not shifting."

Boris made another attempt, but again pulled back.

"Wait a minute, I'll step up on the first rung, so it's more stable," said Assen.

"Don't, did you hear me!" Assen stepped onto the first rung and the ladder slid on the ice. It rolled over to the side and at the last moment he saw how Boris fell from the top of the ladder. His body fell onto the slabs with a heavy dull thump and he uttered not a sound. Assen turned to stone. Was his friend alive? He got up and went to Boris. The boy was lying on the ground and looking scared. He didn't make a sound, but just blinked in confusion. Assen shut his eyes and leant against the wall. He was alive. His friend was alive. It was then he heard that someone was coming and took fright. He grabbed his gloves and took off.

Assen turned round the corner and lifted the collar of his coat. He rubbed his frozen fingers and rummaged in his pocket, to get out his gloves. He had returned to the town of his birth every Christmas Eve for the last twenty years, but this year was quite the coldest. He lit a cigarette and inhaled slowly. He liked to smoke in the cold. The smoke from the cigarette mingled with the steam of his breath and from the side he looked like a steam locomotive. He urgently needed to drink something hot and hurried towards the station pavilion. This would certainly be the only place open at this time. He knew that the most he could hope for was "Tourist" tea in a plastic cup that would almost melt in his hands, but that would be better than nothing. Here probably even after another twenty years there wouldn't be anywhere to get a decent Latte macchiato.

He bought a "Tourist" tea for twenty stotinki. He tried to add sugar from a bowl with the spoon that was tied to it, but the sugar had turned into a huge impenetrable lump. He scraped away what he could but the spoon bent and he gave up. At the end of the day sugar was not healthy. Maybe this could even be the start of the diet that he hadn't managed to stick to. He stirred in the sugar crystals that he'd managed to separate from the bowl with the plastic stirrer that also bent in the fire of the hot tea. He drank the tea in the empty waiting room, standing in the middle by the stove. He wondered why the pavilion was open, given that there would be no more trains today. Surely it was because of him. He could even be one of their regular customers, coming here every year.

Assen walked down the hushed dark streets and sank slowly into his memories. He passed by the kindergarten and the school, past the shop where they had bought him a sugar hen or sweets once a week. The shop had closed down long ago and its windows plastered all over with election posters and its walls with death notices. A little further down the street he passed the huge unfinished house of the shopkeeper and the pile of sand in front of it. The sand diminished every year because the wind and rain carried it off, but it still stayed there. Assen thought at first that it was a sign that the house would one day be finished, but now he was convinced that it was a sign that it would remain the same – an unfinished house and a diminishing hope that it would ever be finished. Just like the tents on the roofs of the houses of the refugees from Western Sahara. They keep them on top of their house roofs to remind themselves that these aren't their homes and that some time they'll return home. They started like tent camps, after that they made a grave yard, and after that they built regular houses with tents over the roofs. After that a market, public buildings and the tents look even more grotesque, the only sign they will never accept their life, and will spend it dreaming of something else. Dreams of their unbuilt homes, in the place of their birth. Dreams, melting away like the pile of sand outside the shopkeeper's house.

Assen turned by a big field, passed by the house where he once used to live with his parents and which now stood empty, and stopped under the burnt out lamp at the end of the street. He lit a new cigarette and looked at the window of the house opposite. He had not talked to Boris since that day almost thirty years ago. Boris's father had forbidden them to see each other. They met by chance a few times but never talked. Not just because of the ban. They didn't know what to say. Assen had thought through a thousand times what he would say, when he saw him. He'd dreamt it a thousand times. And still he hadn't managed it. Now for twenty years he had come here on Christmas Eve, on the day when that thing happened, but he had departed without saying anything. He would stand outside but not gather the strength to enter.

Assen leant against the street lamppost and eased himself into pain's embrace. That pain, which fitted like an old shoe. That pain, which every evening he invited into his home, so as to grant his friend vengeance. It had become part of him, a self flagellation, which gave him the right to live on, in spite of Boris's ruined life. After that incident, Boris could not carry on his life without his wheelchair. Assen could not carry on his life without pain. Sometimes he wondered whether that was not the reason that he didn't talk to Boris. What would happen if he forgave him? Could Assen simply forgive himself? What if once more they were together every day like before? Would Assen be able to stand by him, look after him, help him get about in his wheelchair, and not blame himself every day?

He asked himself for thirty years and could not find an answer. For more than twenty years he had not lived here and only came once in the year, only to realise exactly this, that he could not muster the strength. Every time he would come with a firm intention and then depart without saying anything. And every time his resolve had grown still weaker. It diminished like the shopkeeper's pile of sand, it faded and shredded like the tent of a Western Sahara refugee.

A snowflake fell on his cheek and turned into a tiny droplet. Boris reached the window and looked outside. The sun shone over the first snow. It was one of those sunny winter days when you go out for a long walk. Everything was white and beautiful. The snow had covered the dirty street and the crooked pavement slabs. It had covered the pile of cigarette buts by the burnt out street lamp.

Read 5911 times Last modified on Tuesday, 29 July 2014 12:05
Published in Fiction
More in this category: « AND AN ICON FOR KOZMALA THE POLICEMAN WHO BECAME A SAINT »