Kelly Luce's collection of stories set in Japan won the 2008 Jackson Award from the San Francisco Foundation, and was a finalist for the 2010 Bakeless Prize. Her fiction has recently appeared in The Kenyon Review, The Southern Review, American Short Fiction, Crazyhorse, and other journals.

She has received fellowships from the MacDowell Colony, Kerouac House and the Ragdale Foundation. Amorometer first appeared in the US magazine Crazyhorse.

The Elizabeth Kostova Foundation and Bulgaria's English Monthly, cooperate in order to enrich the English language with translations of contemporary Bulgarian writers. Every year we give you the chance to read the work of a dozen young and sometimes not-so-young Bulgarian writers that the EKF considers original, refreshing and valuable. Some of them have been translated in English for the first time. The EKF has decided to make the selection of authors' work and to ensure they get first-class English translation, and we at are only too happy to get them published in a quality magazine. Enjoy our fiction pages. 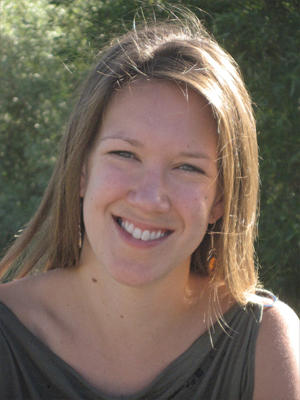 The letter arrived in a handmade envelope sealed with red wax. Flipping through the bills and junk mail, Aya saw her name penned in perfectly shaped characters, tore open the seal, and read:

I feel I must bypass the convention of commenting on the weather as I begin this letter because a more pressing matter is probably concerning you, that of my identity and purpose. I write in the spirit of greatest hope, and am aiming to reach the Ms Aya Kawaguchi who was a student of Keio University in 1969. If this is not she, please ignore this letter.

My name is Shingo Oeda, Professor of Psychology at Keio from 1960 until my retirement in 1991. From 1969-1970, I ran a series of experiments, the goal of which was to design and perfect a device – dubbed the "Amorometer" – capable of measuring one's capacity to love. (Amor, of course, being the Latin root of the word "love.")

Of course, in 1969 there were no departmental regulations regarding the debriefing of experimental subjects. I assume you had no understanding of our research, let alone the extraordinary gifts these tests revealed: of all the subjects (439 in total) yours was the highest score in Lovingcapacity. In the Empathy measure you scored an astounding 32 points – more than two standard deviations above the mean.

I must come to my point: I would very much like to meet you. As a widower of two years, I have found the companionship available to me (my tomcat and my memories) to be inadequate. The cat is unreliable and cantankerous, the memories often the same.

It may be true that regardless of a man's age, there remains inside him a kernel of youth. As I have aged, my curiosity has not lessened, but has migrated from my brain to my heart. It is not such a bad thing.

P.S. This letter has taken me many years to write; the hypothetical results of my test on a "Cordometer" (cord, the Latin root for "heart" or "courage") would likely be dismally low. I urge your quick reply, if possible.

Aya Kawaguchi raised the letter up to the lamp at her desk, revealing the watermark. The thick paper, and the surprising space it created between her fingertips, made her feel somehow important.

She had never been a student at Keio University. Since marrying Hisao all those years ago, she'd hardly visited Tokyo at all.

She ran a fingertip over the seal. She imagined the professor dropping the thick wax onto the envelope's flap and pressing his stamp there. She imagined the wool of his jacket and the creased leather of his shoes as he slipped out of the house, and the long, slim fingers with which he carried the letter to the postbox in his tasteful Tokyo neighborhood. Now that envelope was here, its wax like an exotic fruit, cut with a stranger's name.

A stranger who believed her to be – what had been his word? – extraordinary.

She glanced at the clock above the stove. Hisao would be another hour, and dinner was already prepared. There was still some ironing to be done but it could go another day. She brought the stepstool to the closet and brought down the box with the good stationery. She set to work:

How nice it was to receive your letter, and quite a surprise! For the record, the rainy season has begun here but I will spare you the details of the weather since as you say, our correspondence is a strange one. She re-read her opening, then pulled out a fresh pink sheet and re-wrote it, replacing "nice" with "lovely" and "strange" with "most unusual." She continued, I have not thought of Keio in a long time and I am delighted that you had the courage to find me.

She thought a second, then added, I would say your readings on the "Cordometer" would be quite high!

She sat up, aware of Hisao's arrival. After all these years, the ritual of his entry was wellknown to her: the yawn of hinges, the metal door slamming like a shout, her husband's gravelly call of "I'm home," not to her but to himself. The only missing element was the punctuation of his briefcase hitting the floor.

She tucked the letter in a drawer and sighed. It was just like Emiko had warned her: now that he'd retired, her husband was always underfoot. She'd had the run of the house from six in the morning to six at night for 31 years. Hisao was a good man, had provided a home to her and their son, but she never considered she'd have to spend this much time with him.

"You're home early," she said, standing to greet him.

"Driving range was packed," Hisao grumbled. "Too many kids. This time of day, kids ought to be in school, or at work."

"Mm," she said. "Would you like dinner now? Or how about a cold drink?"

She glided toward the kitchen as he fell into his blue recliner. For as long as they'd been together, he'd come home from work, collapsed in this chair, requested food or drink. Now, however, he often wasn't tired upon returning, and though he was still drawn by habit to the chair, he no longer looked comfortable there.

She put the finishing touches to her letter that night while Hisao slept, ears defended against his own snoring by green foam plugs.

I am flattered that you should recall me and would love to meet you, she wrote, and took another sip from the heavy glass into which she'd poured some of Hisao's good whiskey.

She printed the name "Aya Kawaguchi" at the bottom of the letter, marvelling at how much nicer this woman's handwriting was than her own.

I'll open this letter with the weather in my heart, and tell you that the sky is clear and warm, and the quality of light is thick and sweet like honey! I am pleased and surprised (good news does not often come my way these days) that you are in a position to meet me. I could travel to your town or, if you like, we can meet here in the "neon jungle."

Thick and sweet like honey! Aya smiled, amazed that there were such people in the world. It was time, she thought, that she met them.

She told only Emiko, who'd divorced young and never remarried, about her plans.

"I'm not going to cheat on Hisao," Aya said. "I just want to…bask. This man thinks I'm extraordinary. I want to know how that feels. I want to be extraordinary, in someone's eyes, just for a day."

"Lovely, schmovely. I want to be extraordinary."

Emiko rolled her eyes. "Besides, the timing of it, with Hisao retired now and Ryo just moved out – it's like a chance to reinvent. See what I've missed."

"What if he's rich and handsome?"

"He could be poor and crazy," Aya said, but did not believe it.

"An 'Amorometer!' Whoever heard of such a thing? Wonder where I'd register."

"Me too," Aya said, recalling every selfish, unloving act of her lifetime. The time, as a teenager, she'd stolen an umbrella, the way she'd stopped breastfeeding Ryo after two weeks because she couldn't stand her raw, chapped nipples, the gossip sessions with Emiko that often turned catty….

"Only if he's poor and crazy. If he's rich and handsome, stick around."

Their meeting had been set for noon on a Sunday on the top floor of Tokyo Station, in a restaurant famous for its view of the city. Though Shingo had repeated his offer to travel to her small town, Aya had insisted on coming to Tokyo. The person she was hoping to become could not exist in Iida; she could only transform with distance. And though it terrified her to think of herself lost on the streets of an unfamiliar place, she felt certain that once she arrived, she could be anyone she wanted. Anyone she might have been, had her life gone differently. She'd read enough books. She felt a long line of Ayas inside of her, ready to be called upon.

She told Hisao she was joining a string quartet organized by an acquaintance of Emiko's.

"Do you even remember how to play that thing?" he asked from behind his newspaper.

"Of course," she replied, pairing a batch of socks she'd just brought in from the line. "It was practically attached to my hand in high school." "I see…so, are you going to practice now?"

She couldn’t tell if he wanted to her to bring out the old viola, or if he was checking to see whether his newspaper reading would be disturbed. "Maybe," she said.

He nodded, mumbling to himself as he read. Then he said, "But in Tokyo? Couldn't you find a group closer to home?"

She continued matching and rolling the socks, never losing the rhythm of the work. "I don't think so." Then she paused and asked, "Do you think I'm extraordinary?"

He didn't glance up from his paper. "You're lovely, dear."