Paul Vidich is a graduate of the Rutgers-Newark MFA programme. His stories have appeared in online literary journals and have been finalists in Glimmer Train contests, the 2009 Richard Bausch Short Story Contest, and the 2008 Raymond Carver Award for New Writers. He is a board member of Poets and Writers. 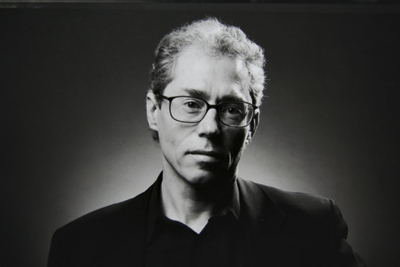 I didn't know I had a problem until the telephone call. It was 2:31 am. I know the exact time because we have a digital clock by our bedside phone. I lay in bed next to Linda in my mismatched pyjamas because we'd come home slightly drunk at midnight from Baltazar, and I couldn't find a top to match the bottom. My three glasses of wine helped me forget the evening's unpleasantness at the Booth Theater, and I had just drifted off to sleep behind my cloth eye shades. That's when the phone rang. I sat bolt upright as if a giant hand had reached down from the ceiling and pulled me back from the dead. I reached for my glasses without which, by some vagary of concomitant senses, I couldn't answer the telephone properly. I've been called only twice in my life at that hour, and each time it was urgent news that a relative had died. My mind went down the list of possible dead: dad, mom, Peter, who was backpacking in Spain, an old aunt in a nursing home in Flagstaff.

I heard an irritating crinkling sound.

I recognised the sound. Cellophane was being unwrapped from a piece of hard candy.

"Do you remember me?" a man said in a thick brogue.

"Why are you calling?" I asked.

I winced at the sound and held the receiver at arm's length. Crinkling cellophane triggers a visceral reaction in me. I sweat. I get anxious. This usually happens to me in the theatre, and usually at the end of the first act. Somebody in the audience feels a need to relieve the dramatic tension by sucking candy. They take out a sweet and carefully unwrap the cellophane, thinking that the slow unwrap hides the sound. In fact, it prolongs the agony. These inconsiderate eaters think they can't be heard. Well, they can.

"Who was that," Linda asked after I hung up.

"The Irishman from the Booth," I said.

Here's how it started. We were seated in D110 and D111, four rows back in the centre orchestra. We always arrive at the theatre early so that we don't have to climb over already seated customers. I don't like to step over people whose half retracted legs are tripping hazards. So, we sit first. I politely allow people to crawl over me and, yes, I do make an effort to retract my legs fully. I'm not tall, just five foot eight give or take, so it's not hard to make room. But that's not the point, is it? The point is that I am considerate of my fellow theatre goers. The point is I'm looking out for others, and isn't that what we're supposed to do? Isn't that what makes us the higher form of life?

A few minutes before the house lights dimmed, a gay couple arrived on the aisle and moved down their row. They took the two empty seats directly in front of ours. Everyone else was seated. The hush that preceded the curtain rising had already fallen on the house.

One was tall and solid, not fat ‒ gay men don't get fat like straight men – square-shouldered, clean shaven and young. His yellow bow tie set off the baby blue of his sweater. The older one ‒maybe twenty years older ‒ was completely bald, short and chunky, and wore a zippered biker jacket, steel-toed boots and one dangling crucifix ear ring.

The two men went through an elaborate sitting process. They removed their jackets, folded their scarves over their arms, shut down their matching cell phones, and leisurely glanced around to see who they knew, or who knew them. The bald one looked at Linda and then he looked at me, but his eyes swept past us as if we were boring antique shop bric-a-brac. The tall one's head blocked part of our view of centre stage. These things happen. Our rotten luck. We felt a little cheated.

There was a wonderful scene in the middle of the first act of The Seafarer when Sharkey, the play's alcoholic protagonist, discovers he's talking to the devil. That's when I heard the unwrapping start. It was a single distinct crackle, like a run down smoke alarm. I heard it, waited, and then the man in C111 resumed untwisting the cellophane. I knew that other people in the immediate vicinity heard what I heard, and I waited for one of these other people to scold. I waited for the crinkling to end. But it didn't end and no one intervened. I couldn't concentrate on the play. My face flushed, and I felt a flash of anger. I leaned forward. My mind said to be polite. I put my finger to my lips, "Shhhhhhhhhhhhhhh."

The sound stopped. I was a silent hero to the strangers in whose midst we sat. The first act ended on a dark note in the intensely shabby Dublin apartment stage set. When the intermission lights went up, the bald man in C111 turned around.

"You got some bloody cheek in you."

"Open your candy before the play starts," I said. "That's the polite thing to do."

"I'll blow a bloody fart on you to be bloody polite."

"You heard me. Blow a bloody Irish fart on you."

"Read the signs," I said. "No eating in the seats." I knew I should keep my emotion in check. I knew that words could be tactical weapons. But, even as I knew this, my irritation hijacked my tongue. I blurted out, "Dick head."

"Blow me," he said. He unwrapped a candy in my face.

Linda prudently grabbed my hand. "Don’t respond to him."

The telephone by our bed rang again. I didn't reach for it. I looked at the ringing black receiver, then at Linda, then back at the receiver. I knew nothing good could come from speaking to the Irishman again. On the fourth ring I removed the receiver, depressed the plastic button that clears the line, and set it aside until it hummed dead.

"You shouldn't have thrown the candy wrapper back at him," Linda said.

"I didn't expect him to climb over the seat," I replied.

"How could I know that when I ducked his fist would hit the old lady in the ear?" "How do you think he got our number?" Linda asked.

"Maybe he followed us home." I'd worked out how it might have happened. He'd seen our apartment light go on, got our name off the buzzer on the front door, reverse looked up our phone number from the address. I wasn't paranoid. These things can happen.

I walked across the dark bedroom and peeked around the half-drawn curtain onto Spring Street. There were no cars parked in my angle of sight, but that didn't mean he wasn't around the corner on his cell phone. The thuggish Irishman had been escorted out of the theater while his gay partner tried valiantly to explain that the contretemps was a silly misunderstanding; his partner had fallen and his hand touched the old woman quite by accident. It was a complete lie. The man had tried to knock me out. Instead he broke the woman's glasses.

Linda and I stayed through the end of the play. That allowed us to recover some of the evening. We spent our dinner at Baltazar hashing over what he'd done, why I'd responded, and who was more in the wrong. I didn't defend myself. I should've turned the other cheek, but the truth is, anger is more satisfying. My mistake was that I chose to confront a psycho. How was I to know?

We went forward with our evening plans to see the 8 pm performance of Curtains at the Al Hirschfield Theatre. We agreed that we'd be conceding defeat if we locked ourselves in our loft and lived in fear. We thought that a comedy whodunit was just the thing to take our minds off the Irish stalker.

We were in the middle of the first act when I heard it. The distinct sound of cellophane. Someone two rows in front removed a candy wrapper. It wasn't the Irishman. Too much hair. Someone else with a sweet tooth. I waited for it to end, but it didn't. I waited for someone to intervene, but no one did. I began to sweat. I felt anxious. I balled a page of the programme to throw. Then, I thought of all the good reasons to be tolerant, to sit quietly and let the aggravation pass without putting Linda and me in jeopardy again. I reminded myself that going to the theater is a test, a test of our tolerance, a test of our ability to rise above our animal natures, a test of our ability to put up with the loud and inconsiderate, of which, unfortunately, there are too many in the world.

The Elizabeth Kostova Foundation and Vagabond, Bulgaria's English Monthly, cooperate in order to enrich the English language with translations of contemporary Bulgarian writers. Every year we give you the chance to read the work of a dozen young and sometimes not-so-young Bulgarian writers that the EKF considers original, refreshing and valuable. Some of them have been translated in English for the first time. The EKF has decided to make the selection of authors' work and to ensure they get first-class English translation, and we at are only too happy to get them published in a quality magazine. Enjoy our fiction pages.