IN THE SHADOW OF THE DISEASE, AN EXCERPT FROM A MEMOIR

by Petya Nakova; translated from the Bulgarian by Ekaterina Petrova
Rate this item
(0 votes)

The day I was admitted to the hospital, I just laid there and stared straight ahead—a piece of paper had been stuck to the closet, and the closet was blocking half of the window. Out its other half, I could see some thick black branches. The piece of paper said, "Inventory of Items in Room 7." I had the surgery the next day. I put on my regular pants because my cell phone, which I'd put on silent, could fit into pocket. As if I'd be able to inform anyone what was happening to me while I was under general anaesthesia… They did a biopsy and the express results came back in about 20 minutes. If the tumor was malignant, the surgery would continue. The surgeon came into the operating room and said, "Come on, we're going ahead." They put me under general anaesthesia and started talking about me. "I can still hear you," I told them, and then it was all over and I was waking up. I wanted to get up immediately, to prove to myself that I was fine, to take a look at their faces. I only didn't dare to look down and see whether the surgeon had removed my breast or not.

They returned me to my view of the half window with the black branches and leaves, and of the inventory of items. I forced myself to read the small print on the piece of paper. I could comprehend some of the words and cross-checked those with the items available in the room. 1. Five (5) hospital beds; 2. Five (5) nightstands; 3. One (1) thermometer; 4. One (1) closet; 5. One (1) air conditioner; 6. One (1) sink; 7. One (1) mirror. There was no thermometer, but there were six beds and six nightstands.

On the third day, snow fell and covered the branches. The fluffy white snow stuck to the black tangle. At night the branches looked like black lines with white strips against the dull red sky's backdrop. It was the city lights that made the sky look dull red.

I came out of my stupor and turned my head towards the other women in the hospital room. Four of them were between the age of 65 and 75, but they all called one another "grandma."

"Where did grandma go?" they'd ask and gesture with their heads to the empty bed of the woman in question.

Mariem was like a little ball. She had a strange way of speaking. She said she'd forgotten Bulgarian, because there was no one to speak it with in her village. I gradually began to figure out that she didn't have a very good grasp on verb conjugations. She kept saying "Don't be scary!" to everyone in the room, especially when they called one of us in for surgery. The night before her own surgery, she sat up in bed. I used to sleep during the day, since I couldn't at night, and so I watched her. She sat in the darkness. Just sat there, on her round butt, with her legs stretched out, and her back straight. She wasn't leaning on anything. I'd doze off, then open my eyes again and check on her. She never leaned back against the headboard of the bed, nor used her hand to prop herself up, never bent her knees or her back. She sat like that until dawn, when the orderly entered the room with a noise, switched on all the lights, and woke us up. Mariem saw us staring at her and said, "I'm very scary."

Earlier when they'd called me out of the room and told me to head to the operating room, Mariem and her next bed neighbor Fatme had said they'd pray for Allah to help me. Now plump Mariem was going to count on my prayer to the Christian God, but I didn't tell her that.

They brought Mariem back after the surgery, and her eyes were half-closed and darkened. Her youthful face, which had been the subject of our teasing about what cream she used on it, was now wrinkled. They put six bags of IV fluids in her and she lay there, as still as she'd been while sitting upright in bed the night before.  Her doctor came by to see her and told her she'd have to take better care of herself from now on. "You need a different husband," he said. We already knew she was happy with her husband. "I need a different life," Mariem replied. "Husbands make them work so hard where she's from," the doctor said as an explanation on his way out. Mariem was from a village near the town of Aytos.

She got her blue eyes and smooth skin back in a couple of days. That's when the others asked her why she always sat up straight for so long, and how she did it without propping herself up on anything.

"I am propping," she replied. "I open the legs a little and I'm propping the belly on the bed, so I can stay like that."

But I kept quiet. I always kept quiet. The only thing I had said, while I was crying once and the women were trying to comfort me, was: "I don't know what the doctor cut out. Do I still have my breast?"

"Yes, it's all there," they assured me. "We made sure when they brought you back."

Fatme's bed was next to the window. From there, she kept an eye on the three homeless men who lived in the backyard of the hospital.

"There's a man lying there," she almost screamed on the first day.

We all gathered by the window and were barely able to distinguish the human faces amidst all the duvet covers, the scattered clothes, and the dried leaves. Fatme had obviously spent a long time peering through the window during the two weeks she'd waited for her test results. She hadn't been given a definitive diagnosis.

"This is wrong, it's wrong—don't these people have anyone?" she lamented.

We wondered if we should offer them the soup and semolina pudding that we were given twice a day, every day, for lunch and for dinner, and which we always collectively refused. We decided it would be an insult to offer such food even to the homeless men.

"This isn't right, it's not right," Fatme concluded later. She was no longer lamenting, but making a declaration. "He peed in the same place where he sleeps."

Fatme had probably never seen homeless people in her village. When the snow started to fall, she said:

"He didn't gather up his blanket. It'll get wet and he'll have to lie in it. Why doesn't he use some plastic to make himself a roof?"

"Yes, they're lazy. They could at least try and build themselves some little shacks," the others commented.

And they started building those little shacks in their minds, and laying carpets on the floors, as though this would solve the homeless men's problems. But I kept quiet. I always keep quiet. The only thing I said, while I was crying and the women were trying to comfort me, was:

"I don't know what the doctor cut out. Do I still have my breast?"

"Yes, it's all there," they comforted me. "We made sure when they brought you back."

"I look at those two, so young, and I'm sad for them," Fatme would say, referring to me and Vesela who was in the bed next to mine. She looked to be around my age. She would go out, smoke cigarettes, drink coffee, and walk around.

"It's how they're fated," Mariem would reply.

In the hospital, fate tended to take on more weight. It was clearer than the intertwined black branches covered in fluffy whiteness. I continued looking at them, while the women looked at me and at Vesela.

That's how our beds were set up. Our two beds were placed perpendicularly to their four, which in turn were next to one another.

"The woman is so full of sin. You never know when she's going to crack," Fatme would say.

Four months later, I still didn't feel like talking and didn't know what to say. I was feeling silent on the inside. The disease had gradually alienated me from my acquaintances. The advantage of that was that nobody called me on Easter to say "Christ is Risen!" and so I didn't have to respond with "Indeed, He is Risen." I have no explanation for why I hate saying that. But I've hated it since I was a kid. That Easter, I spent the whole day apprehensively expecting to get a call. But there was no call. In the months since my illness, they had learned to stop bothering me. And yet, somebody did call at the end of the day. A Muslim, who said:

"How are you? I wanted to congratulate you on your holiday. Wishing you happiness on Easter!"

It was Fatme. Fatme from the hospital. Four months later, she was still grateful  for the two lean soups and the boiled potatoes that my mother had brought for her. Fatme couldn't digest fatty foods because of her illness. I told her: "Fatme, and should I also wish you a happy Easter?"

"As you wish," she replied.

"Happy Easter to you too!" I said.

"May we be healthy and alive, and may God help us all," she said.

PETYA NAKOVA was born in 1974 in Sofia. She graduated in mechanical engineering from the Technical University of Sofia, and in cinema and television, from New Bulgarian University.
She is the author of a biographical novel, The Preacher and the Black Horse (Iztok-Zapad, 2012). Her story Bosses Without Guns is a part of the collection If I Were a Boss (President, 2015). Nakova's essays,short stories, and articles have appeared in Trud daily, Kino magazine, 8 magazine, and LiterNet. As a director, she is known with the documentary Roma Quixote (2013, co-directed by Nina Pehlivanova), and Talk to Me (2017). 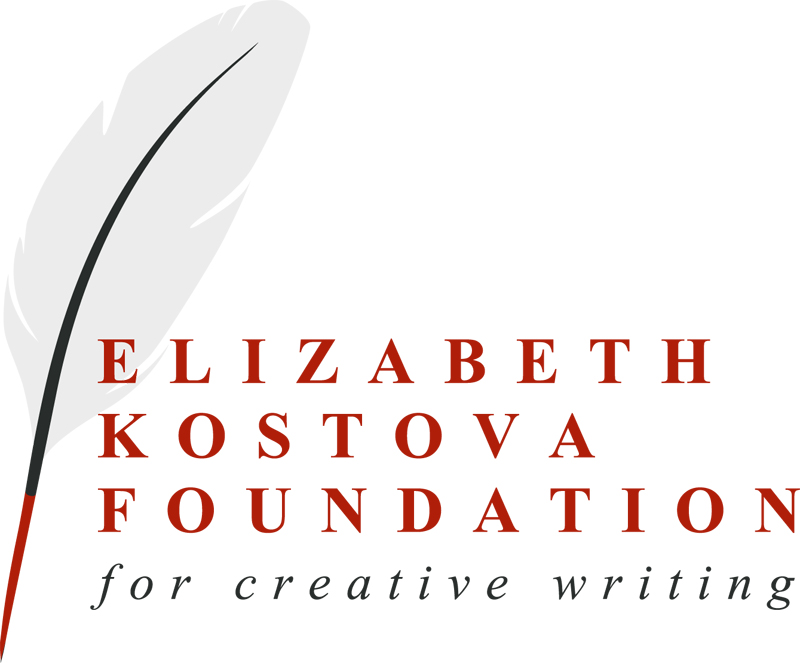 THE ELIZABETH KOS­TOVA FOUNDATION and VAGABOND, Bulgaria's English Monthly, cooperate in order to enrich the English language with translations of contemporary Bulgarian writers and original works of English-language writers emerging from the EKF’s international programs. Every year we give you the chance to read the work of a dozen young and sometimes not-so-young Bulgarian and English-language writers that the EKF considers original, refreshing and valuable. Some of the Bulgarian authors have been translated into English for the first time. Enjoy our fiction and creative non-fiction pages.
Read 602 times Last modified on Tuesday, 29 January 2019 13:18
Published in Creative Non-Fiction
More in this category: « I'VE BEEN WRONG BEFORE, AN EXCERPT FROM A MEMOIR WHEN WE WERE VIKINGS, An excerpt from a travel essay »