In Vagabond we usually don't cover theatre owing to the language barrier. For Out of Place, a one-man show by Guerassim Dichliev, however, we made an exception as this Bulgarian artist working in Paris is a mime – and does not use language.

A student of Marcel Marceau, Dichliev went to France in the early 1990s, following his dream to become a performance artist. His life now revolves between Paris, Sofia, his native Svilengrad in the Bulgarian southeast, and the festivals and stages in many other places where his art takes him. "For a mime, the stage is everywhere. For me, it could be in France, Bulgaria or Ireland, in a theatre, or in a prison, or a square, on a Friday or a Sunday," the mime says. "The power of this art, which differs from conventional theatre, is in its limitlessness born by the universality of both the body language and the topics it covers."

Out of Place is Guerassim Dichliev second one-man show, after A Monologue With a Suitcase. "Out of Place was born from a commission from the Livre à Metz festival. I had to do something on the festival's main theme, Bad Genre, but then I thought: 'How to express the bad genre, if the public hasn't seen the good genre yet?'," recalls the mime. "This was how my protagonist was born. An ordinary person, who is actually me, without any powers or qualities of significance. An anti-hero rather than a hero. At least, an anti-hero at the beginning of the performance, as with the time he becomes a true hero with his ability to manage a number of difficult and always surprising situations that force him to run, fall, get up, fight, love, etc. Whatever the situation, he never feels in his place, and yet he constantly strives to find somewhere where he can belong."

Like all of us, in real life, but funnier (as its creator says: "The performance is a contract with me to have fun when doing it"). 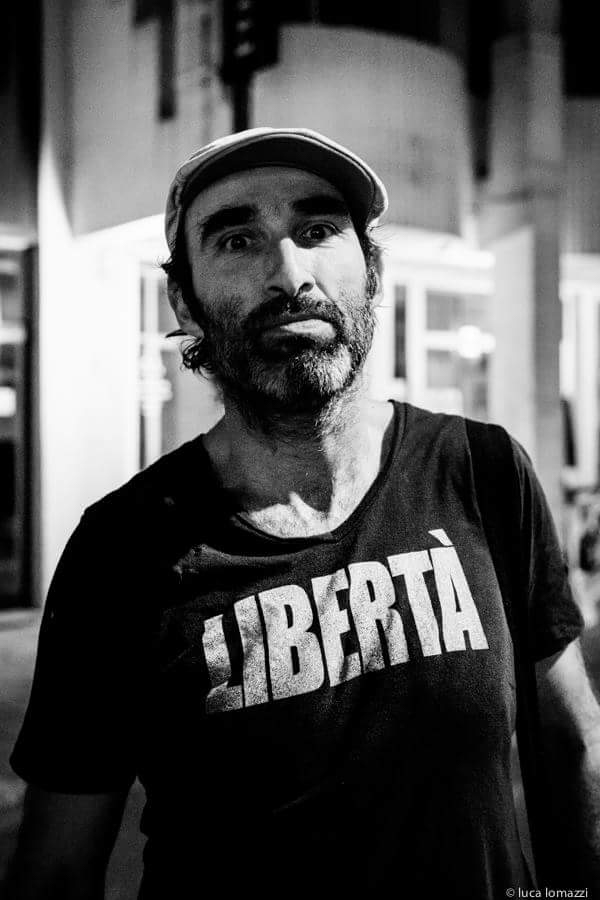 The result is hilarious and touching, playing between the phantasmagorical and the brutally real. Out of Place already appeared in Paris, Brussels, Sofia and a number of other Bulgarian cities, and will be a part of festivals in Vranje, Serbia (22 September) and Skopje, Macedonia (7 October). In October, Guerassim Dichliev is touring in New York. He will show A Monologue With a Suitcase at Theater Row on 12 October as a part of the Unitedsolo.org festival, and at The Cherry Lane Theatre (17 and 18 October). Out of Place for its part will hit the stage at the Dixon Place on 19 and 20 October. This autumn he is a part of the latest season of Plus belle la Vie, the France 3 TV series (in a role with a dialogue), and in December he will appear in a performance of La bohème by the Paris National Opera directed by Claus Guth with Bulgarian star singer Sonya Yoncheva, at the Bastille.

Out of Place will be in Bulgaria again, on 2 October in the Military Club of Plovdiv, from 8pm, as a part of the School of Spectacle, which will take place between 30 September and 7 October and is organised by the Plovdiv 2019 Foundation.