We, Bulgarians, usually identify ourselves as such with the "I am a Bulgarian Youth" poem by Ivan Vazov. Later on, unless you go on to become a member of a nationalist party, you don't feel any particular need to remind yourself of "I am a Bulgarian." Such a statement, despite its straightforwardness, could invoke a measure of uncertainty, like the invisible steps on the front cover of this book. It is not because you could be something else than a Bulgarian, but because the affirmation presupposes a previous agreement between yourself and your compatriots about what it is that makes you Bulgarian and what makes Bulgarians a community.
This is a difficult task that quickly entangles you in bookish definitions that will likely obfuscate rather than illuminate the issue of who you are.

***
The title of The Bulgarians, I think, ends with an invisible question mark. The story begins with a photo of an early 20th century funeral (a theme that would reemerge later in the book). In contrast to Epicure, who maintained he didn't have anything against death because when he was around, it wasn't, and when it came, he would not be there, the Bulgarians increasingly partake of the incredible privilege to be the distant observers of their own end. The question is not related only to the apocalyptic forecasts of a demographic catastrophe in the foreseeable future that carry a kind of masochistic pleasure that you are no longer despite the fact that you are still around, that you live your non-existence. This attitude does not dispirit the Bulgarians, however. It charges them with a mystic Survival-Despite-Everything optimism. Survival (through yokes, crises and defeats) has been recognised as this nation's main asset, as its spiritual pith; but it risks turning survival into a survival of (or because of) survival itself.

Ultimately, it is the threat of disappearance that poses the question – but not so much as a prospect in the future as the historical recurring theme of nearly a millennium during which Bulgarians were not masters of their own fate and felt, most often in a state of soppy self-pity, the victims of outside, alien interests. Owing to this, the Bulgarian experience has been melded into the opposition between the "I" of the individual and the faceless and menacing "Them" – or the ever more direct "These Bastards," which has entered the everyday language: these bastards stopped the water again, or these bastards will raise the price of electricity once more, or even these bastards will kills us with the heat. The role of "these bastards" is taken by the Great Powers, your neighbours, the minorities and so on. These bastards is your community and your country. I am me, but we are not "us" but "these bastards."

***
It transpires with unashamed severity why Fascism, and for that matter Communism, were possible: while everyone was busy in their own small worlds, the big outside world made decisions about everyone's future without anyone's participation. This picture, like many others in The Bulgarians, depicts private individuals who fail to understand how they turn themselves into victims because they hope that history will leave them unaffected, that in a conspiracy between themselves they will manage to outsmart it.

This is an illusion with a much greater consequence than ideology: the conspiracy of the private individuals, of the "cousins," which usurps the distribution of social goods from the public structures and puts it into the parallel networks of personal connections. Even during Communism, despite the unabashed repression of the state, succeeded to a smaller or greater extent to entangle everyone – from the professor who could go on a trip abroad because his father-in-law was a policeman to the international truck driver who could steal half of the state-supplied gas because the boss of his garage happened to be his drinking buddy. This is how the puzzle of those years can be explained: the Bulgarians had to make do on a state pittance, but lived in comparative welfare, and in contrast to Hungarians, Czechs and Poles were reluctant to protest.

***
The Bulgarians is a photographic story about yet another lost generation, this time after the Cold rather than the First or the Second World Wars. After it ended, the Bulgarians found themselves, as never before, on the winning side. Still, they again felt cheated, without knowing by whom and without even a doubt that it could be self-deception. This is another topic of The Bulgarians. The photographs of Anthony Georgieff radiate understanding and sympathy as they follow the consequences of the attempts to hide away from the sorrow of the big world and be able to live your happiness in the small one. They show that sooner or later you stop liking and having confidence in yourself, but you are unable to admit it and as a result everyone around is to blame, and justice is impossible. The petty everyday-life cosiness of human closeness can only console that you are not what you wanted to be, but it is unable to help you achieve your objectives.

***
The Bulgarians tells a story about the modern inhabitants of a society that has been only slightly affected by modernisation and where blood links, small-time gumption and superstitious expectations continue to outweigh public procedure, the agencies of the state and human rights. The generation that does not accept this tries to emigrate en masse to Western Europe and the United States – and is not represented in this book. If America's problems were the damage inflicted on the individual by the successes of modernisation, in Bulgaria the problems are related to its failures. After the collapse of Communism, they are the main reason why the Bulgarians are unable to answer a number of seminal questions: what is my culture – pre-modern, modern or post-modern; East or West; who am I; what is happening to me; why do I live badly, and so on.

Death, village of Gumoshtnik, near Troyan 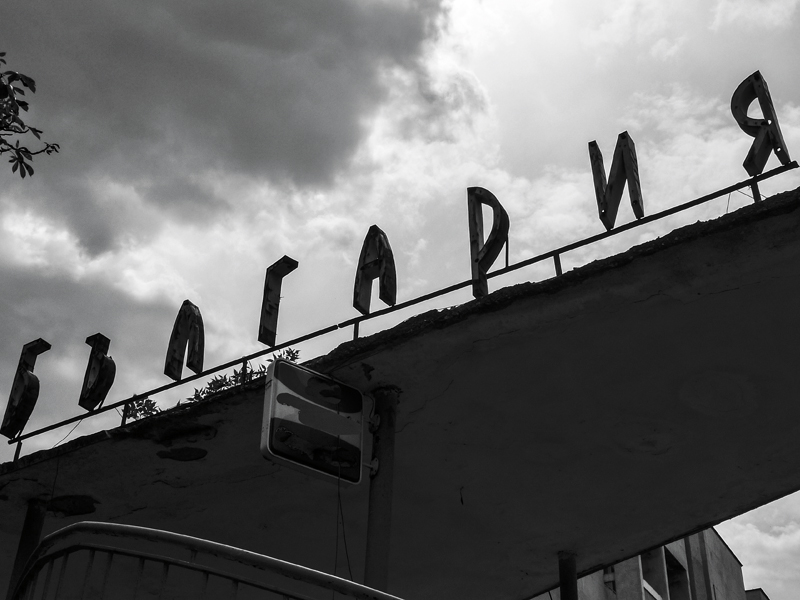 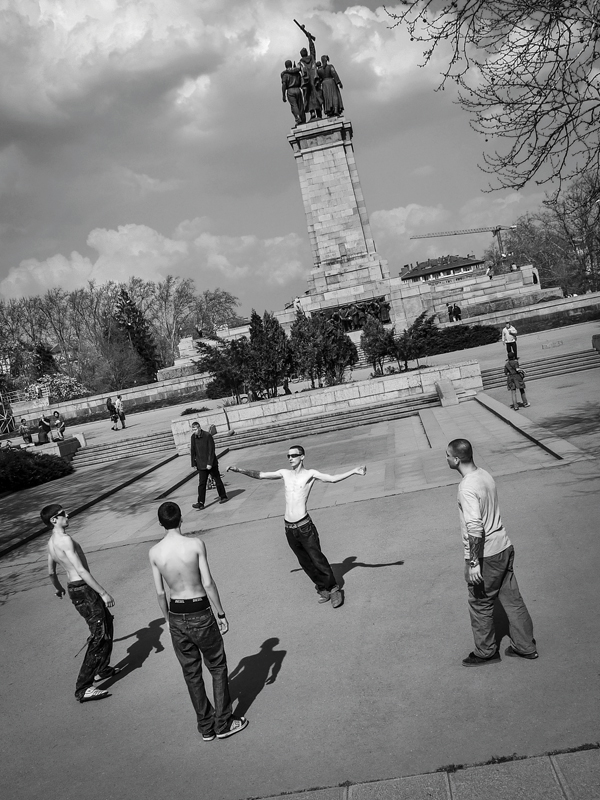 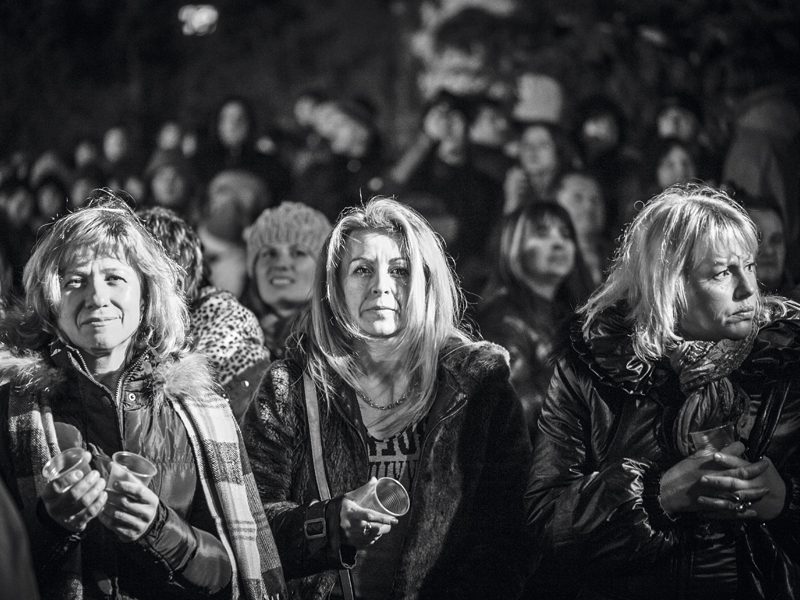 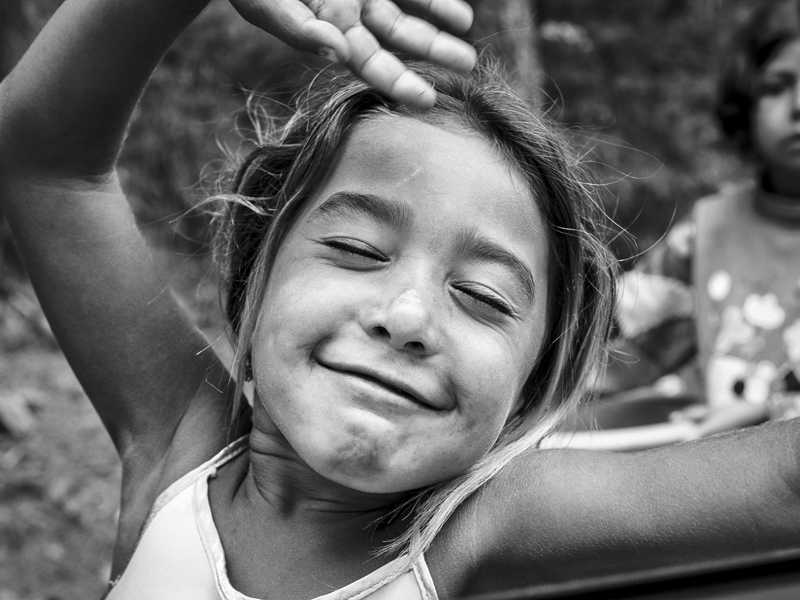 *An excerpt from the foreword to The Bulgarians