Sofia's Yellow Brick Road with the parliament and the monument to King the Liberator, St Aleksandr Nevskiy looming in the background. It is not as congested as during the rest of the year. The location has been increasingly used for political protests and rallies © Anthony Georgieff

When you talk about the Bulgarian capital with one of those people who pride themselves on being "true" Sofianites – as opposed to all the dastardly newcomers who they think have ruined the city – they all state at a certain point that they love Sofia the most in August.

They are right. In August, Sofia transforms from a busy city (well, busy by Bulgarian standards) to a slower, emptier and more pleasant self. The queues of humming cars waiting at the traffic lights and the never-ending roadworks on Tsarigradsko Shose Boulevard grow shorter and calmer. The narrow pavements are easier to walk on, emptied of citizens who have fled to the seaside in Greece, Turkey and even the Bulgarian Black Sea coast. Those who have remained flock to the gardens and parks, using them not only for those year-round activities like dog walking, but effectively turning them into open air picnic grounds. The trend of evening drinks al fresco has grown so much today that the old haunt at the park of the Soviet Army monument cannot now accommodate everyone, and new places have become fashionable – the gardens of the National Theatre and those opposite the Military Club.

The August emptiness of Sofia is, of course, not unique to this city, as anyone who has happened to be in Paris or Rome in the same month knows. But while foreign tourists flocking to Rome and Paris fill the gaps left by the natives, the proportions in Sofia are reversed: in spite of their increasing numbers, tourists cannot make up for holidaying Sofianites.

Sofia in August calls for an easy and leisurely exploration. The experiences include, but are not limited to, taking less time to travel from point A to point B in the city by car (if you have taken a route which is not being repaired), the freedom to stroll around St Nedelya Church without the need to fend off the fortune tellers and beggars (most of whom migrate to the Black Sea for the summer), and buying a plastic cup of fresh raspberries from the old ladies on Graf Ignatiev Street. Queueing for ice cream (the only actual queues in August Sofia), drinking beer in some of the above-mentioned gardens, and making new friends with the people around are all easy to do. You become aware, without the hum of the traffic, of the diverse bird life of Sofia: gulls, swallows, sparrows and nightingales can all be heard. You can order a Shopska salad and be pretty sure that the tomatoes will be really tasty and ripe, and you can retreat from the summer heat into some of the city's old churches, such as Sveti Sedmochislenitsi. The evening breeze from Vitosha mountain cools the overheated streets, and Vitosha itself is also great in August – an easy escape from the heat and the pollution of Sofia, although at weekends you might find its most popular spots a bit overcrowded.

The drawbacks of Sofia in August include even more dust rising from building sites and repair works, and the dripping air-conditioning units hanging over the streets. There is the constant danger of stubbing your toes when walking in sandals on the uneven pavements, and a scarcity of tables in the gardens of restaurants and bars – but still, all things considered, Sofia is great in August, and even newcomers know it. 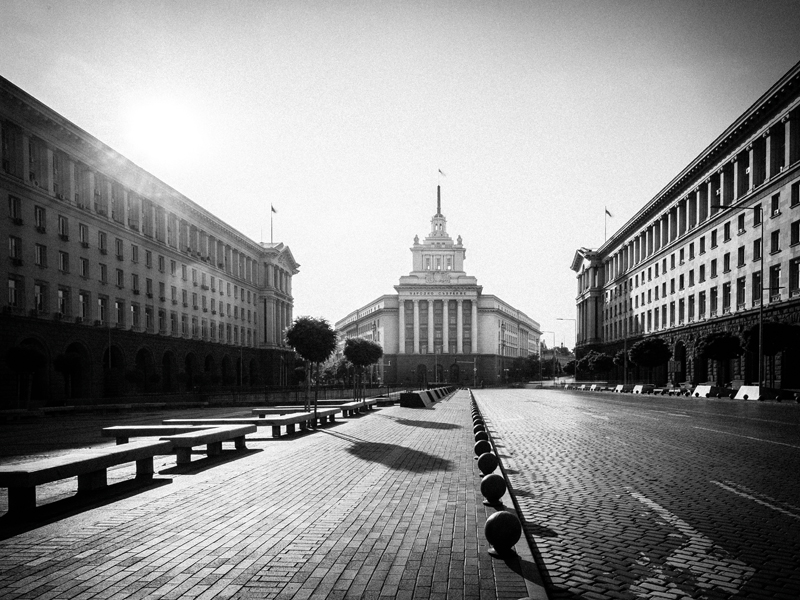 The Stalinist Largo. Nowadays it is the centre of reconstruction works of the Roman remains found during the construction of the metro. Soon, the area will change in appearance 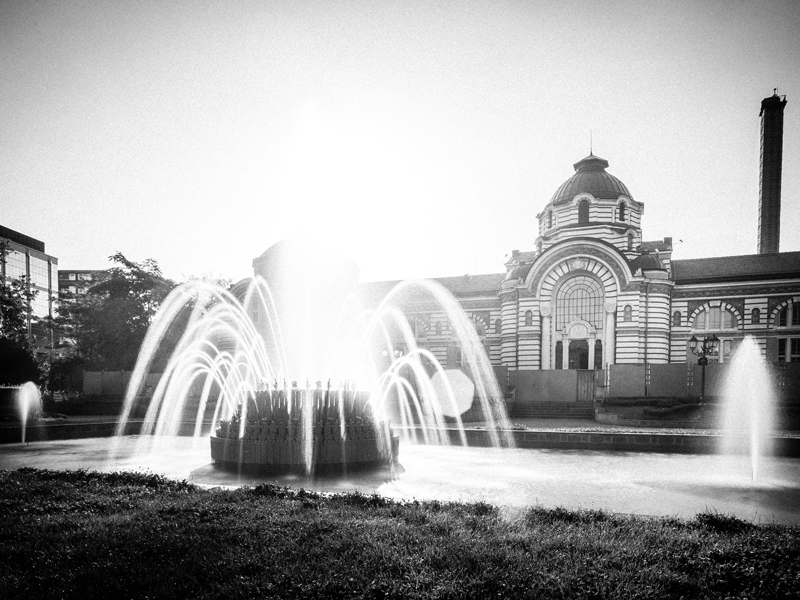 The old Central Bathhouse is yet to open as the Museum of Sofia, but the mineral springs around are a strong attraction to a mixed bag of Sofianites and tourists. In August, the water fountain in front provides refreshment, although someone in the City Council has issued a ban on touching it 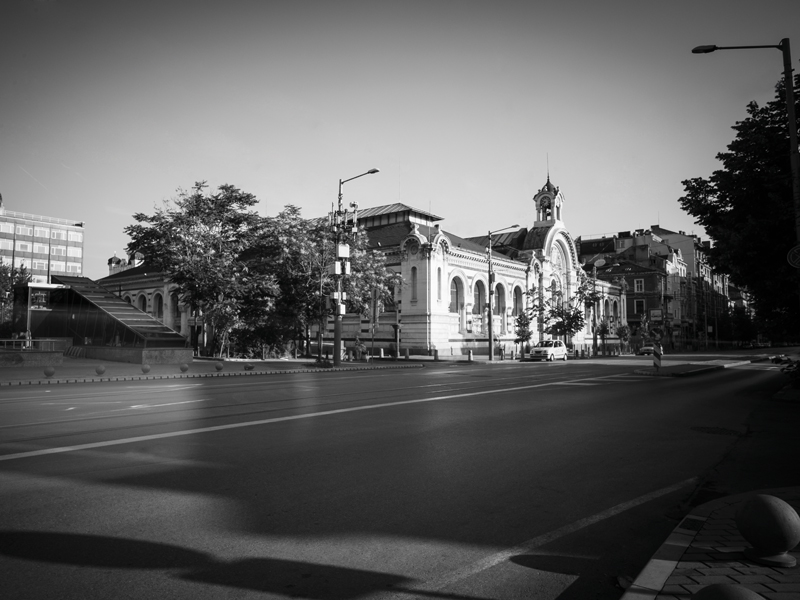 The Central Food Halls is usually a busy place, but in the hottest hours of the summer even this area goes into a lull 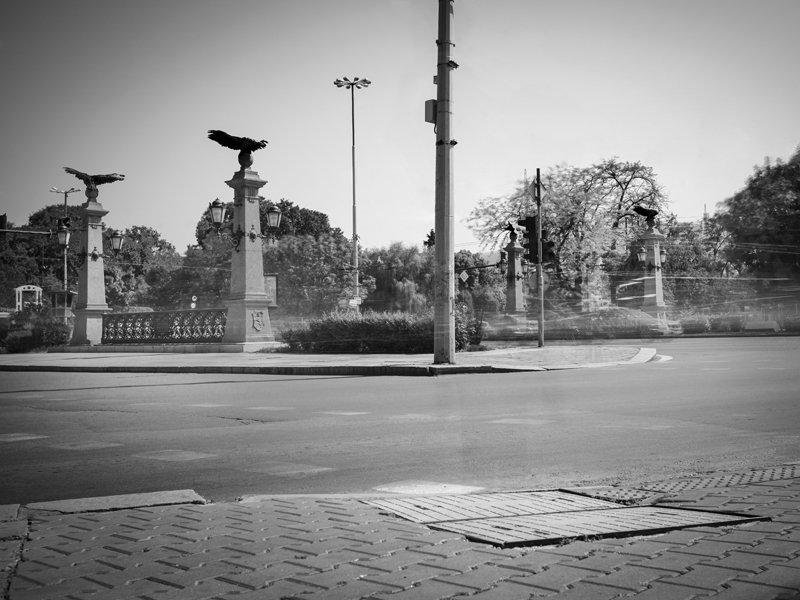 In August, Eagle's Bridge, one of Sofia's most congested places, remains clogged with traffic – because of the now traditional repairs of Tsarigradsko Shose Boulevard 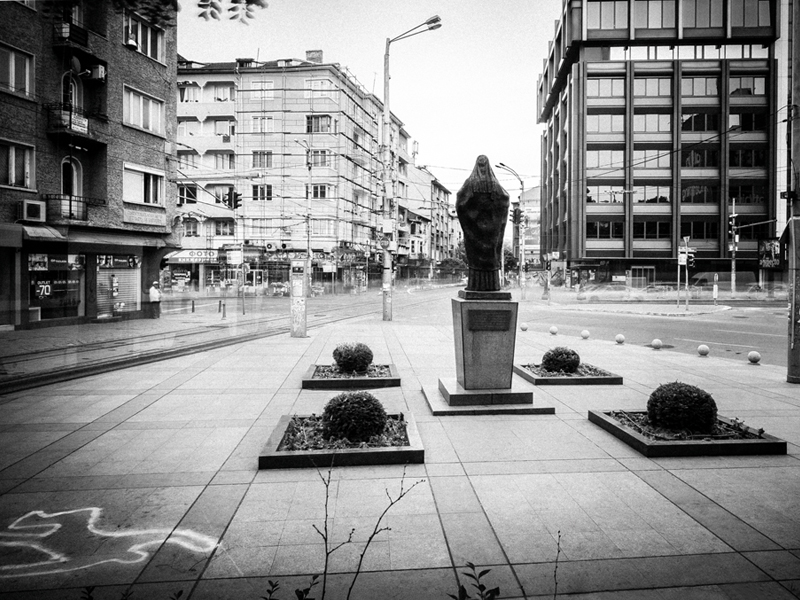 Popa, or the Priest, remains popular for Sofianites to meet friends, throughout the year. The place becomes even busier when it's warm