interview and photography by Anthony Georgieff
Rate this item
(1 Vote)

"Sofia has a rich history, hidden right beneath our feet. The cathartic process has already began. With the excavation of the city's buried archeological layers, we will be able to gain a lot of insight into the identity of the people who used to inhabit these lands"

Desislava Moneva is a highly qualified art expert, curator and museum manager. She has curated more than 100 exhibitions throughout Europe and the United States.

Tell us something about your work – what have you done in the past?

My experience with art curating spans more than 12 years. I have worked on a number of exhibitions in Bulgaria and abroad, mostly in the United States. In 2004, I got the chance to participate in ArtExpo, the world's largest art trade show, where I met a lot of potential clients and made some very interesting contacts. I still keep in touch with most of these people. 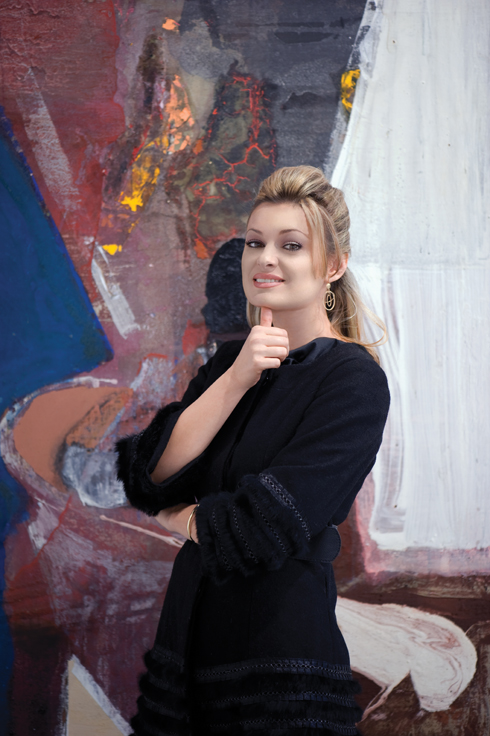 What do you do at the moment?

Currently, I am director of the Yuzina Art Gallery in Sofia. I am also pursuing my PhD degree from Sofia University in Art History and Theory. The topic of my research is "Establishing a Museum of Contemporary Art." The process of founding such an institution is something quite new and alien to Bulgaria. In the United States, however, this practice is very well developed. I have specialised in the field and got to know some very prominent artists and museum curators overseas.

When did you first find out you had an interest in art?

I grew up with my mother's album collection of world-famous paintings. My first memories of art include leafing through the pages for hours, fantasising about the scenes coming to life. I can safely say that, at that point, my knowledge of the world came mainly from the work of Titian, Rubens and Michelangelo. It seemed only natural that I wanted to have a profession which would allow me to be close to and handle fine art. I wasn't going to become a painter. My talent lay elsewhere. It is something I have had in me since early childhood – this desire to be the leader, to build and create different forms, to inspire the artist.

Give us three reasons why Sofia deserves to become the European Capital of Culture in 2019.

Sofia has a rich history, hidden right beneath our feet. The cathartic process has already began. With the excavation of the city's buried archeological layers, we will be able to gain a lot of insight into the identity of the people who used to inhabit these lands. We will find that national borders are not as important as the group identity which binds together those living in the same community and on the same territory. I strongly believe that the place we call Sofia today hides a lot of secrets which must be revealed to the world.

Another reason is the energy the city has, energy which at the moment lies dormant and desperately needs to be awakened. Proof that such energy exists are the recent festivals and cultural events like The Night of Museums and Galleries, which attracted thousands of visitors; also the so-called street actions as part of pop culture. Recall what happened to the Monument of the Red Army in Sofia.

My third and most important reason are our children.