Can leader of Movement for Rights and Freedoms once again do the impossible: fool all the people all the time? 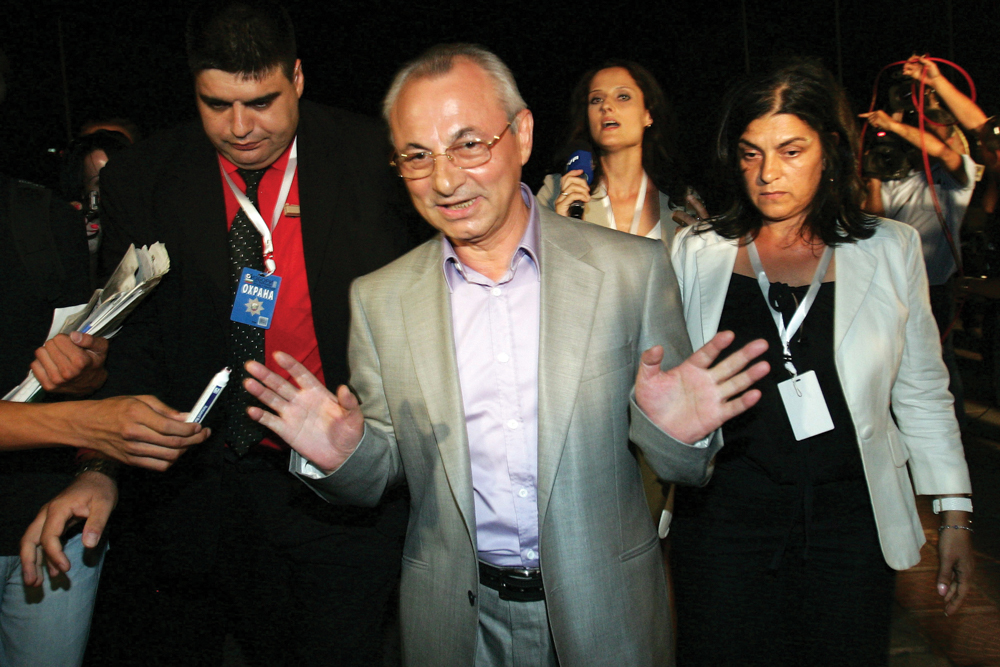 A rare appearance: Ahmed Dogan after the 2009 general election

For the past 30 years there has been one unavoidable factor in Bulgarian politics: Ahmed Dogan and his DPS, or Movement for Rights and Freedoms. To understand why many Bulgarians of various political inclinations protest against Ahmed Dogan one needs to know the background of his party and of the man himself.

Roll back 30 years. On 4 January 1990, a 36-year-old recently released political prisoner established the DPS, a party for Bulgarian Muslims. There was nothing to suggest then that he would become the greatest political phenomenon of the Bulgarian transition to democracy. The DPS was just one of the dozens of parties that sprang up in the aftermath of Communism. They sought publicity only to vanish months later. The only thing that made the DPS different was that, although it was open to all citizens, it put the rights and freedoms of Bulgarian Muslims first.

The target group was well chosen. The wounds that the Turks in Bulgaria had suffered in the so-called Revival Process in the 1980s were still raw. Revival Process? That was the official title of the forcible Bulgarisation of a million Bulgarian Turks that included changing their "Turko-Arabic" names into Bulgarian ones. The Communist government's explanation was that all of them were in fact Bulgarians forcibly Islamised by the Ottomans centuries earlier. The process was supposed to "revive" their original "roots." 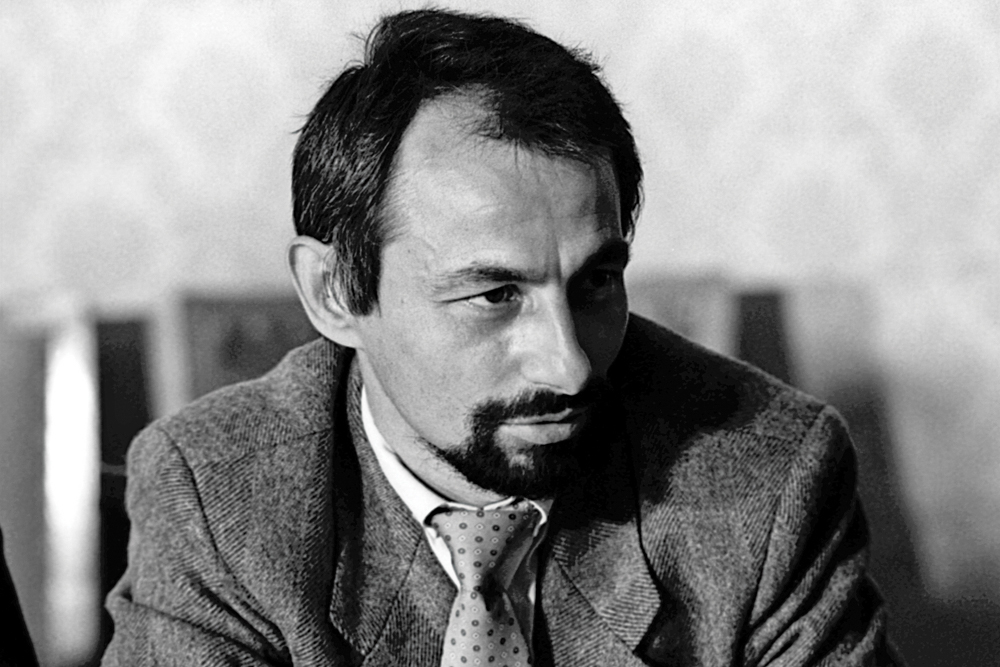 The DPS had actually been formed with the blessing of those who had organised the Revival Process: the Communist-era State Security, or DS. Dogan had become a DS agent as early as 1974 and remained one until 1988, under the code-names of Angelov, Sergey and Sava. Initially, he was trained as a spy to be posted abroad, but when the 1984-1985 forcible Bulgarisation campaign began, things changed. Dogan, with his charismatic personality and a PhD in philosophy, was to infiltrate a clandestine organisation set up by Turks to fight against the name-changing campaign.

In 1985 Dogan became one of the founders of the Turkish National Liberation Movement in Bulgaria, or TNDB. This movement was behind a number of terrorist acts such as those in Plovdiv and Bunovo in 1984 and 1985, when nine people were killed. In 1986 Dogan became chairman of the TNDB. His State Security paymasters had him sentenced to 10 years in prison for anti-state activities. According to Dogan himself, it was from his prison cell that he began organising the small groups of Bulgarian Turks who staged mass protests around the country against the name-changing, in May 1989. Some people even believe that this marked the beginning of a more open Bulgarian opposition against the regime and the first demands for democratisation.

However, research such as that carried by Mihail Ivanov, whose book, Documentary Pages About the 1984-1989 Revival Process, shows that the DS had rid itself of most of the genuine organisers of the protests before they had even begun – and Dogan simply took all the credit for himself.

With his newly-acquired notoriety as a dissenter, Dogan was released from prison in the first days after the internal Communist Party coup of 10 November 1989. He would officially found the DPS a few months later. The DPS had 23 MPs in the Grand National Assembly of 1990, which hammered out Bulgaria's current Constitution. 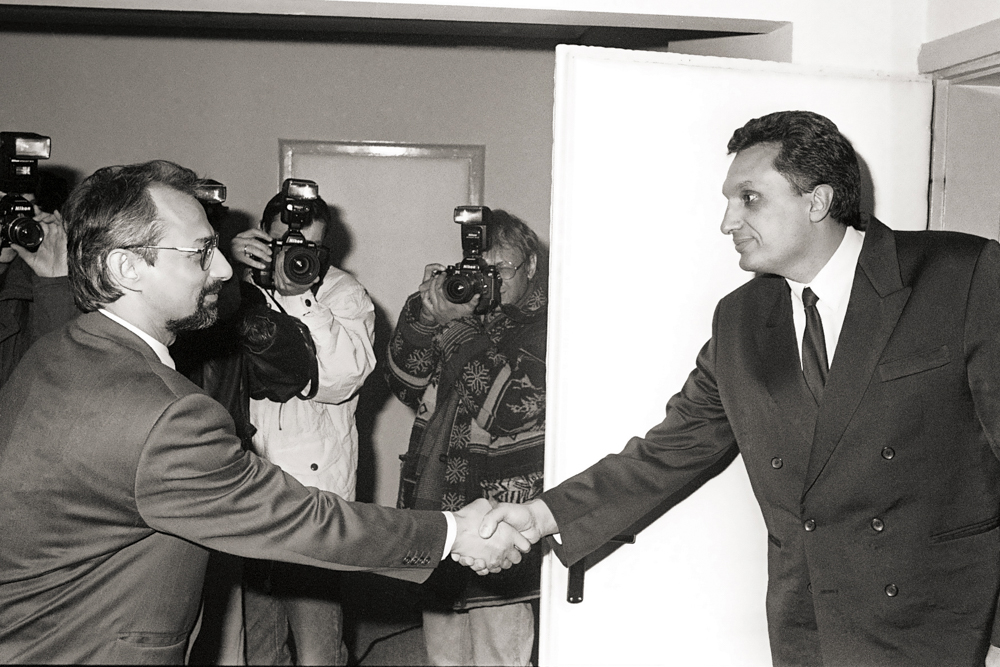 In 1995, Ahmed Dogan shakes hands with Ivan Kostov, then leader of the SDS, or Union of Democratic Forces, and later prime minister. Later, they would become arch enemies. In 2020, Former President Rosen Plevneliev, elected on a GERB ticket, said "Dogan and Kostov are the same thing"

"Dogan and the DPS are among the most successful political projects of the security services of the former Communist regime," according to political scientist Ognyan Minchev. No other party targeted at the Muslims in Bulgaria has managed to affect the DPS's monopoly on the votes of Bulgarian Turks.

Today Dogan, or The Falcon, as he is nicknamed, is the only politician who has remained undisputed leader of his party for 30 years. The DPS has not split like the Union of Democratic Forces, or SDS, and its voters have not dwindled like those of the Bulgarian Socialist Party, or BSP. Between 400,000 and 600,000 people cast their ballots for it at every election.

Significantly, not all those who back the DPS at local, national and European elections live in Bulgaria. In keeping with what some consider as a quirk of Bulgaria's Constitution, all Bulgarian citizens, regardless of their place of abode and tax registration, have the right to vote – and the DPS is the party that takes full advantage of that. There are thousands of immigrants in Turkey from the time of the "Great Excursion," the forced migration of over 300,000 people that followed the Revival Process in the summer of 1989. Many of these people, dual citizens of both Bulgaria and Turkey, have not spoken Bulgarian for years, have no idea who the mayor in their birthplace is and care little about this country's policies. But, organised by the DPS, they return to visit relatives in their native towns and villages – visits which usually "happen" to coincide with an election. This phenomenon is called "electoral tourism." In practice, people who live outside the EU influence not only the internal affairs of one of its member states but also the agenda of the European Parliament.

Dogan carefully massages his public image. He rarely appears in public, does not give interviews, does not meet with foreign ambassadors and very rarely showed up in parliament when he was an MP. While his voters live in some of the poorest regions of Bulgaria and deal primarily with tobacco-growing and subsistence farming, Dogan lives in secluded luxury, surrounded by pretty women on million-dollar yachts. In spite of media claims about his "palaces," scattered from Boyana to the Black Sea coast, on paper Ahmed Dogan has no title to any real estate. 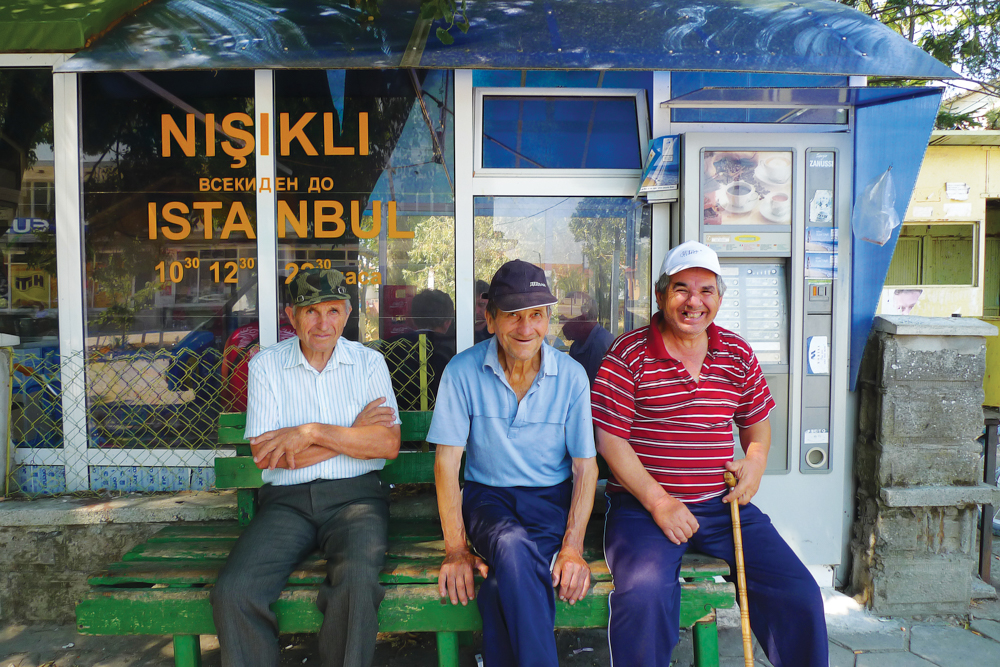 When speaking in public, Dogan is well known for his bluntness. In a 2006 TV interview he said that all political parties have "circles of companies" that give them money in exchange for political favours. Commenting on the coach loads of voters from Turkey, he stated that "vote buying is an European phenomenon." One of his most notorious statements was made in the Rhodope village of Kochan: "I am the instrument of power. In this country, I administer the handouts."

Dogan achieved both his notoriety and his fortune using the same bargaining chip, the so-called ethnic card. His message was simple: if you don't deal with the DPS, Bulgaria will experience what happened in Bosnia, in 1992–1995, and Kosovo, in 1999. Christians will be lined up against Muslims and ethnic conflict will result.

There is little doubt that Dogan – though he is now officially retired and bears the title of "honorary chairman" – continues to have complete dominance over the DPS. But while in his early days he used the sheer number of DPS voters to advance his agendas, now Dogan uses his economic might to dictate what should and should not be done in the country.

Many of the DPS supporters see The Falcon as their only protector against a reoccurrence of the harsh years of the Revival Process and the only source of economic, political and social stability. Some may doubt him, but are usually quick to dismiss any gesture of disobedience in the characteristic He-May-Be-a-Son-of-a-Bitch-but-He-Is-Our-Son-of-a-Bitch logic. His critics are equally adamant. For them Ahmed Dogan epitomises the murky amalgamation of corruption, nepotism and theft of public funds – what they call the "political backstage" – that characterises Bulgaria's ongoing and very uneasy transition to democracy. 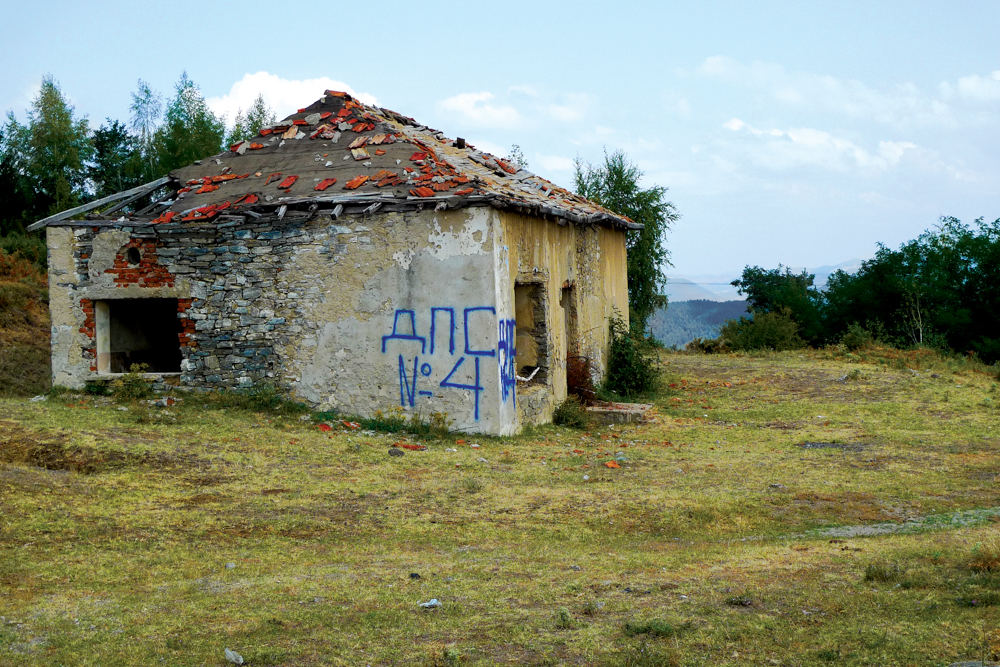 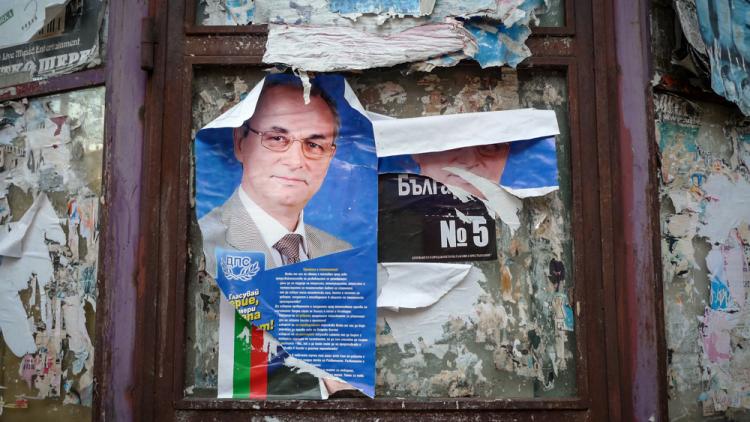 TRAVELS IN DOGANLANDIA
A circle of privileged companies formed around whoever happens to be in power? Construction of EU-funded guesthouses that in reality are luxurious private villas?
CAUSE WITHOUT REBELS
Things in Bulgaria are rarely what they seem to be, but of course there are exceptions. Look at Boyko Borisov's government and his most loyal GERB-ers.
LIBERAL DEMOCRACY SUSTAINS FURTHER BLOWS IN BOYKO BORISOV'S BULGARIA
Yet few expected something as dramatic as that: iPhone snaps of a half-naked prime minister sleeping across his bed, a bedside cupboard full of wads of 500-euro bills. Plus several gold ingots. Plus his favourite gun positioned on top.
BULGARIA, IN THE MEANTIME
Predictably, the coronavirus emergency has made all other events in what remains the EU's poorest and least free state look like insubstantial tidbits. With very few exceptions all media have focused exclusively on the alarmi
BULGARIA'S RESPONSE TO COVID-19
Since 13 March 2020 Bulgaria has been run by three generals and a sheriff. First and foremost comes General Ventsislav Mutafchiyski.
BALANCING OUT IN CORONAVIRUS CRISIS
Political science students all over the world are being taught in the early stages of their studies that the best way for an authoritarian government – any authoritarian government – to enhance its own powers is to use a crisis – any crisis&n
BULGARIA'S 'DEMOCRATORSHIP'
For a few weeks last autumn Central Sofia was paralysed by mass protests.
WHY BULGARIANS ARE LEAVING BULGARIA
You don't have to be in the construction business, or in any other sort of business for that matter, to see that Bulgaria over the past decade has increasingly experienced workforce shortages in anything from service personnel in the restaurants and the hot
FOOTBALL PITCH OUTRAGE HIGHLIGHTS DEEPER PROBLEMS
Those Bulgarians old enough to remember 1994 are now appalled because in 2019 Bulgaria marked its worst ever loss, 0-6. To add insult to injury, the loss happened in Sofia, at the Stalin-era national stadium called Vasil Levski.
WHO BROKE INTO NATIONAL REVENUE'S COMPUTERS?
The latest scandal to grip Bulgaria has affected about 6 million Bulgarians.
WHO ARE THE MAIN PLAYERS IN BULGARIAN MEDIA?
Under Boyko Borisov, Bulgaria, ostensibly, has all the trappings of a democracy. Elections, generally pronounced by international observers to be free and fair, are being held once in a while. Freedom-of-speech is a constitutionally guaranteed right.
HISTORY BY PETITION
History school textbooks in Bulgaria, to a lot greater extent than, say, geography or biology textbooks, are regularly the stuff that hacks build their conspiracy theories on. This usually happens at the beginning of the summer for three reasons. 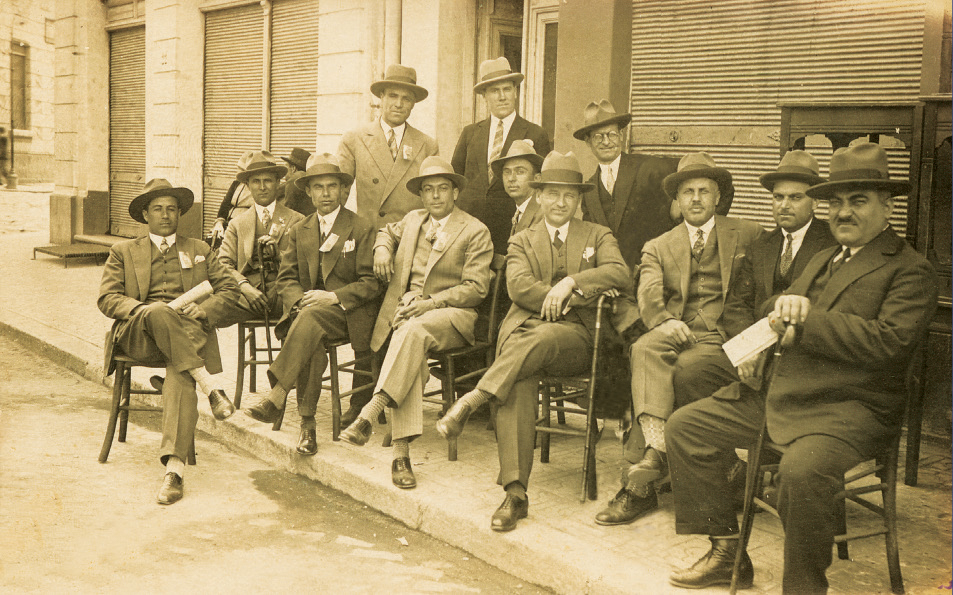 BULGARIAN MEN
The CIA claims that there are 0.92 men for every woman in Bulgaria. 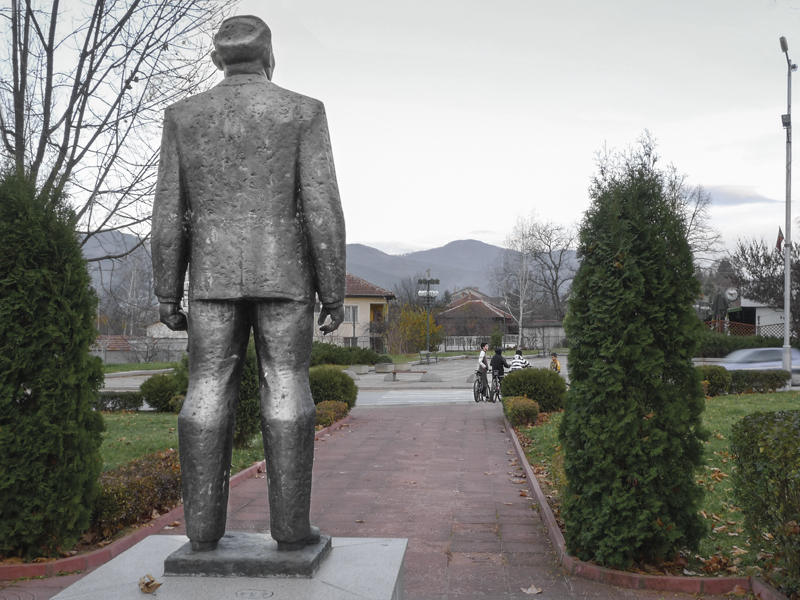 WHO WAS TODOR ZHIVKOV?
It is notoriously hard to evaluate historical figures while they are still alive, but the appraisals of Todor Zh 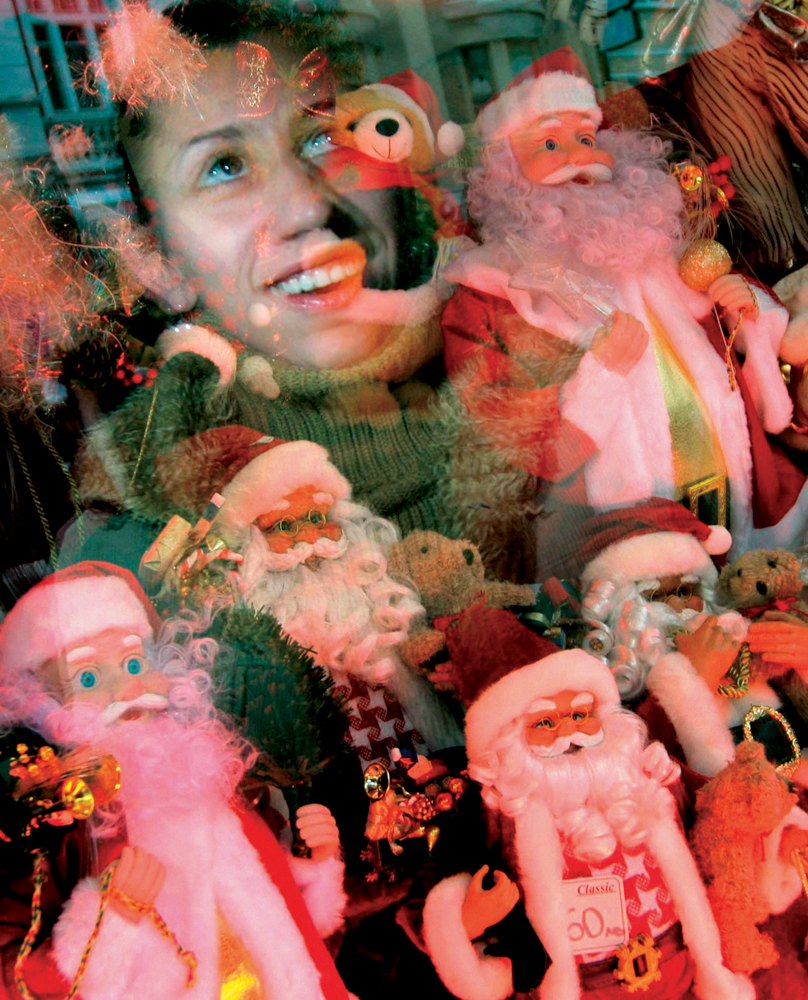