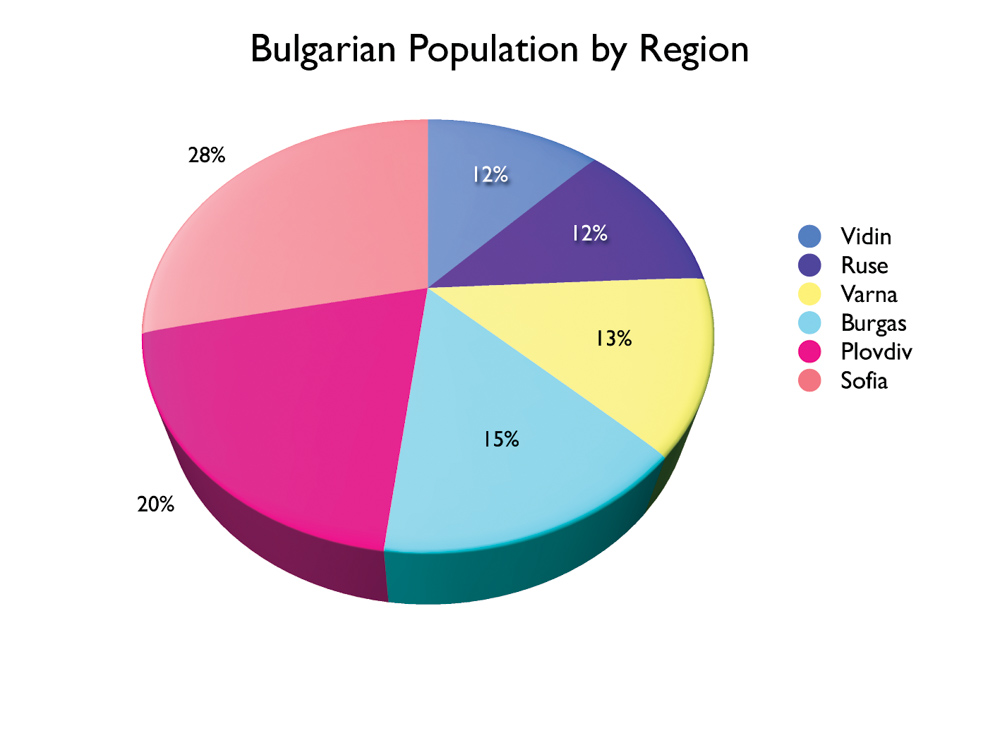 “It grows but does not age” – this is Sofia's motto, inscribed on its coat of arms. Sofia is Bulgaria's economic dynamo and its major economic, academic and cultural centre. Probably your first impressions of the country come from the capital. The city has many faces and the most important one is the face it shows to the world. Sofia is Bulgaria, but Bulgaria is not Sofia.

Sofia is following the trend of globalisation and is turning into a vast, expanding village that now houses nearly 30 percent of the entire Bulgarian population. This contrasts with negative population growth in the countryside, partially due to internal migration towards the city. The trend is hardly surprising when you consider the capital's job opportunities and the fact that unemployment is between five and six percent (nine percent for the region), just half the national average.

The capital's most alluring feature – and a major advantage compared to the rest of the country – is its transport and communications accessibility. Sofia stands at the crossroads of three major pan-European transport corridors of strategic significance. Construction on these projects is due to start soon. This will increase Sofia's economic importance, not only for the exchange of goods and services in Bulgaria, but also in the Balkans and the eastern EU.

The best educational facilities are also located in the capital. And, needless to say, a quality workforce means bigger salaries and better living standards. Salaries in Sofia are approximately 15 percent higher than those in other cities like Plovdiv, Varna, Stara Zagora and Burgas. This makes the capital extremely lucrative for outsiders.

A substantial part of the national economy is concentrated in Sofia, accounting for 40 percent of economic growth. The remaining regions demonstrate relatively low and similar levels of growth. To give you an idea about the scale, GDP in the Sofia region represents 41.7 percent of the average for the EU's 25 members. Growth is driven by the level of entrepreneurship, a key element for a flourishing business environment.

Sofia alone attracts approximately one half of the FDI. That is not surprising because FDIs are attracted to cities with developed infrastructure, well qualified employees and easy access to services and production resources. The Sofia region accounts for more than 30 percent of GDP and for more than 40 percent of net income from sales. The city is growing all the time, likened by some to an endless construction site that will come to accommodate its growing population and business activities.

For a decade the most flourishing businesses have been civil construction and real estate. Many foreigners have invested in the city's property market, expecting prices to continue their upward trend. Sofia is yet to experience major developments related to infrastructure, trade, business and residential construction projects.

There is another glaring oversight; authorities must urgently address the need for English street signs. Some Bulgarians may know English, but foreign investors coming to Sofia still have to master the Cyrillic alphabet so as to travel around the city.

Sofia has the highest level of investment expenditure, which matches the high level of entrepreneurship in the region. The area's economic development is closely related to the services sector, which employs more than 60 percent of the economically active population in Bulgaria. This sector also accounts for 60 percent of the gross value added to the national economy. The development of business-friendly services is vital in order to forge a level of competitiveness that boosts entrepreneurship and growth.

Bulgaria's economic growth has contributed to the rapid rise of support for business institutions – firms and organisations offering financial, insurance, consulting, real estate and information services to business. Sofia, home to the Bulgarian Stock Exchange, is indisputably the country's economic centre and growing numbers are employed in the financial services sector as a result.

Sofia is historically one of the oldest capitals in Europe and yet among the youngest in terms of economic development. In a decade we shall see another Sofia – bigger, international and more cosmopolitan. It's now an ambitious city with great potential. I recently overheard a fellow banker humming to an old town song – Sofia, Sofia my little London. Sofia, I love you...,” I bet he will turn out to be right.