Illiana Paunova is the Executive Director of the Bulgarian Medicines Verification Organisation (BgMVO). Founded in 2016, the organisation successfully introduced in Bulgaria the medicines verification system, which has been in force in all European countries since February 2019. Illiana Paunova's previous job as Director of GlaxoSmithKline for Bulgaria and the Adriatic makes her particularly well-suited for this position – she has worked on the development of the pharmaceutical industry and the introduction of innovative projects and investments in Bulgaria and the region. Illiana Paunova has been elected Chair and Vice-Chair of the Association of Research-based Pharmaceutical Manufacturers in Bulgaria (ARPharM) several times. However, the start of her professional career was not connected to healthcare. Illiana Paunova holds a degree in Informatics from UNWE and has specialized in Finance, Marketing and Management at INSEAD, Henley Business School, MIT Sloan School of Management and others.

You have a noteworthy background in management and finance. How did the pharmaceutical industry become your professional destiny?

I completed a degree in computer science in the 1980s; that is in the last century. Computer science then was indeed last-century as there were no laptops, no internet or mobile phones. At the time, the main areas of application for computers were accounting and warehousing. At the beginning of my professional career I was convinced that I would work in finance as it is the field which presents the synthesized picture of an enterprise. After winning a competition, I was able to get a head start as CFO of Coca-Cola Bottlers Sofia. Being only 29 at the time, it was a big challenge but also a great learning experience. In a short time, I had to learn a lot about finance and human resources and in general about the management of all business processes. Meanwhile, I was always attracted to medicine as one of my childhood dreams was to become a doctor. Then I accidentally came across a job advertisement that a world renowned pharmaceutical company was looking to recruit a CFO. Maybe because of my childhood dream, I decided that this was also the industry in which I should work. So I participated in a job competition again, won it and started working for Glaxo. I have never regretted my decision, because despite all the accusations against the pharmaceutical industry, it is a business with some of the greatest investments in the development of science, a beacon of high ethics and of great importance for humanity.

Why is the work of the Bulgarian Medicines Verification Organisation so important? What standards do you apply?

The purpose of the European Medicines Verification System is to protect patients from falsified medicines. In short, each pack of prescription medicines should have a unique code provided by the manufacturer. At the pharmacy, the pharmacist checks the integrity of the packaging and, using a barcode reader, scans the code of the medicine. This is to check that the medicinal product is of proven origin. When dispensed, the code is deactivated so that the same pack cannot be reused.

The medicines verification System helps protect patients from fake medicines, which may not only be ineffective but dangerous too. This System also achieves prevention of disruptions in the drug supply chain. This does not imply changes in prices and access to medicines, but rather provides an opportunity for more effective control and reduction of abuses. In Bulgaria the System is managed by the Bulgarian Medicines Verification Organisation (BgMVO) and I feel privileged to work for this organisation.

This is the largest public-private project in the European Union, involving all stakeholders in the field of pharmaceutical supply, fully financed by manufacturers. The national systems are connected in a single European Medicines Verification System, which is monitored directly by the European Commission. System security and performance requirements are extremely high, meeting the parameters of GAMP5 – the most up-to-date standard for quality and verification of computer systems in the pharmaceutical industry.

Medicines verification became mandatory for EU Member States on 9 February 2019. The System was implemented in Bulgaria in April 2018, providing manufacturers and pharmacies with sufficient time for a smooth transition. We expect that some necessary amendments to the Medicines Act will be adopted this year which will require pharmacies to use the full capacity of the verification System. 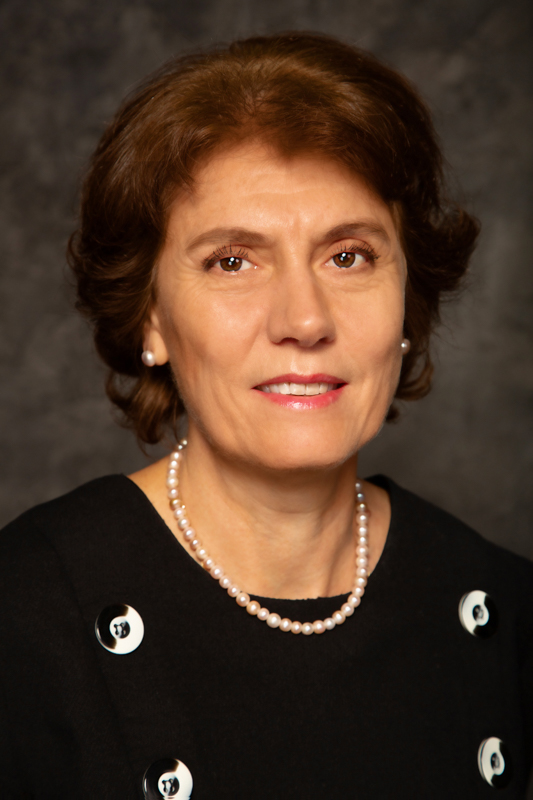 What are the biggest challenges facing manufacturers and importers of medicines in Bulgaria? How do they affect patients?

One of the biggest challenges facing the pharmaceutical industry is the frequent changes in regulation and health care management which lead to a lack of stability and predictability. A long-term strategy is needed in the industry, as investment in the development of a medicine has a very long-term horizon. The period from the discovery of the new molecules to the marketing authorization of a medicinal product is over 10 years long and the investment in science and clinical research is huge.

The lack of clear rules makes manufacturers reluctant to invest in countries where there is an unstable business environment, which, in turn, slows patients' access to new therapeutic options.

What do you think is the future of pharmaceutical industry?

In the last century, life expectancy has literally doubled – one of the greatest achievements in human history. The importance of medicine and pharmacy is indisputable, but so is the development of the welfare state and the promotion of a solidarity model of healthcare as in many developed countries. An aging population poses new challenges to society because many chronic diseases are age-related and costs are constantly rising.

The challenge now is not only to ensure that people live longer, but that even at an advanced age they continue to be healthy and able to work. We are already witnessing increased longevity and quality of life for patients with chronic illnesses such as diabetes, asthma, cardiovascular and oncological diseases that were seen as death sentences only a few decades ago.

Prevention, early diagnosis and a healthy lifestyle are of particular importance. When it comes to prevention, vaccines are the most effective way to reduce incidence and even eradicate some serious infectious diseases.

Another trend of the future is the digitalization of medicine, the development of pharmacogenomics, and the possibilities of applying individualized therapy – creating therapeutic approaches tailored to the individual needs of each patient. An essential part of this is the development of cell and gene therapies for the treatment of previously untreatable diseases.

Lastly, I would like to summarize that spending on healthcare must be considered as an investment in health, both by the general public in terms of their personal health and by governments in terms of public health.

And that's why we are using the term "healthcare" and not "disease treatment."

This email address is being protected from spambots. You need JavaScript enabled to view it.

Read 315 times Last modified on Monday, 24 February 2020 11:26
Published in Talk of the Town
More in this category: « MARIELA MADJAROVA FROM TELETEK ELECTRONICS: THE MISSION TO PROTECT BULGARIAN CONVENTION BUREAU: BRINGING EVENTS TOGETHER »