Manager for a Day at HP Inc.

During this year's Professions of Future forum the organiser, Junior Achievement Bulgaria, announced interesting results from its attitudes survey among young Bulgarians and their future employers. A total of 1,600 students participated in the two initiatives that took place on 6 and 7 November in Sofia and across Bulgaria.

During the forum, JA Bulgaria announced the results of attitudes survey conducted immediately after the 2018 issue of Manager for a Day. In the survey participated 365 Bulgarians aged 16-25, revealing major trends in the mindset of Generation Z (born after 1995) in regard to their future work environment. 56% of participants were under 18 years of age, and 41% were between 18 and 25. A tiny percentage were above 25 years of age.

Managers for a day 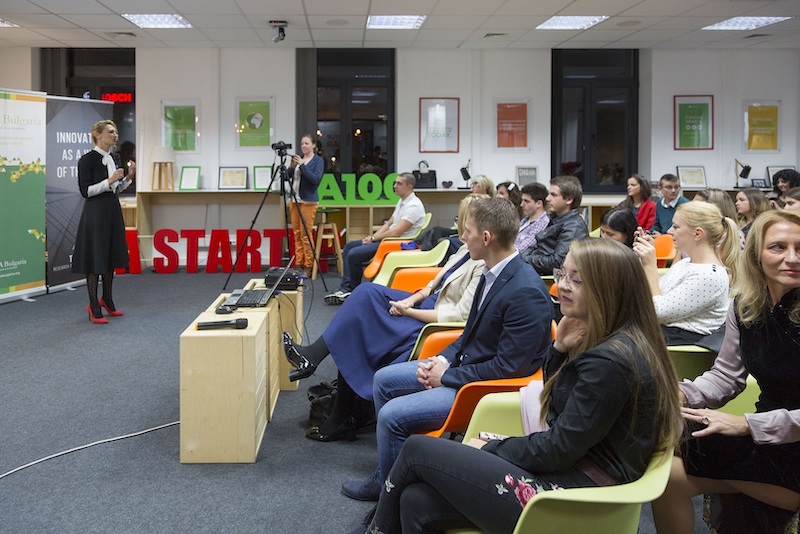 A panel discussion with Mariana Todorova, futurologist and researcher from the Bulgarian Academy of Sciences, Branimira Neshovska, Director of HP Inc., Maria Temelkova from Manpower Bulgaria and Milena Stoycheva, CEO of JA Bulgaria, followed the presentation of the survey results.

15 large companies and inspiring lecturers participated in the Professions of Future forum, talking to young Bulgarians on the topic of Work With Meaning: Now Generation Z and Employees Today Shape the Professions of Future. About 400 students from schools and universities in Sofia, Vratsa, Karlovo, Gabrovo, Plovdiv, Sredets and others attended the forum. They asked questions and had one-on-one conversations with representatives of the participating companies and organisations.

"Professions of Future Forum brings unique added value to the popular Manager for a Day programme. For a fifth consecutive year the event proved that it is a true crosspoint of young talents and innovative employers. Created in the spirit of inspiring presentations on a stage, the forum also provides effective dialogue between young people and business. This makes me very happy," shared Milena Stoycheva.

With the start of the workday on 7 November in Sofia and throughout the country, the Manager for a Day started as well. This year, about 800 companies, institutions and NGOs opened a total of 1,479 positions, for which applied 2,445 young Bulgarians. Some of the positions were hotly contested while others did not attract any interest, demonstrating that the programme reflects the reality of the current labour market in Bulgaria. Among the most sought after positions were Creative Director in Inter Expo Center (56 applications) and General Director of HP Inc, and Talent Management Manager at Nestlé (41 applications each). 32 municipalities had a mayor for a day.

A total of 1,180 positions were taken by young Bulgarians. The youngest of them were sisters Asya and Simona Borisovi, aged 11 and 12, respectively, who became a manager in Coca Cola HBC and Dean of the Economy Faculty at the Sofia University.

The day in Sofia ended with a ceremony in JA's space for training and youth entrepreneurship at Hambara Startup in Sofia Tech Park. There, managers and their "deputies" shared their experiences and impressions from the initiative. 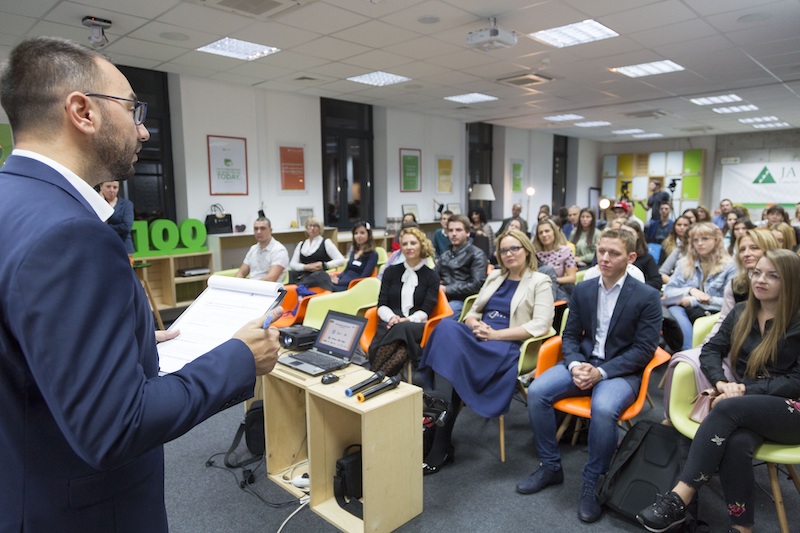 Closing ceremony Manager for a Day 2019

HP Inc. was the general partner of Manager for a Day and Professions of Future. "For us it was a pleasure to welcome so many enthusiastic and dedicated young people at HP Inc. for a third time as a part of the Manager for a Day initiative. Each time we see in them energy and qualities fit for the 'professions of future' that we develop together and this year it was not an exception. This can only make us happy as it shows that the future of business is in safe hands," shared Asen Georgiev, CEO of HP Inc., during the closing ceremony.

The other partners of the initiative were A1 Bulgaria and Hewlett Packard Enterprise.

As organiser, JA Bulgaria calculated that during the 18 workdays of the Manager for a Day initiative since its start in 2002 participating students worked for about 1.8 million hours. When the hours of their hosts and titular managers are added, the number goes beyond 3 million hours.

Managers for a day 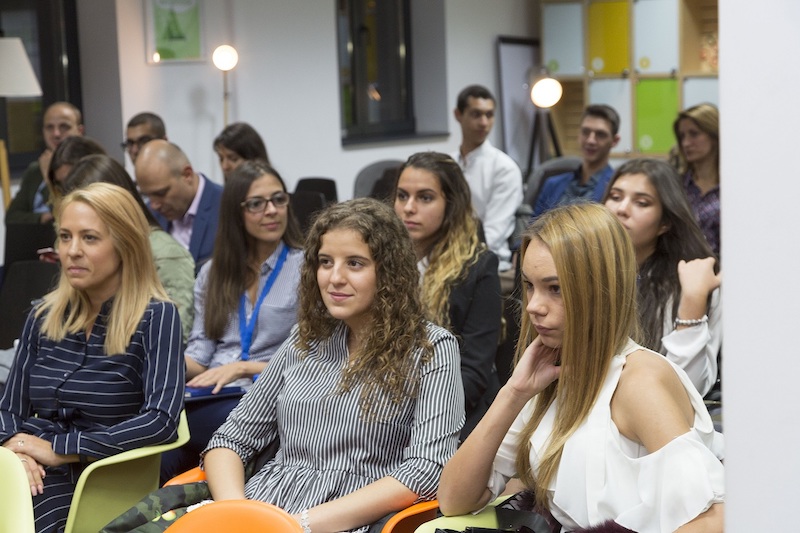 Closing ceremony Manager for a Day 2019

Read 138 times Last modified on Sunday, 10 November 2019 08:30
Published in Talk of the Town
More in this category: « NIDO OPENED THE FIRST IN BULGARIA STORE DEDICATED EXCLUSIVELY TO THE ITALIAN KITCHENS LUBE CRAYON WIDENS ITS BUSINESS IN CENTRAL AND EASTERN EUROPE, OPENING AN OFFICE IN BULGARIA »