This two-hour walking tour in Sofia has a quite untraditional take on Bulgarian history. Instead of focusing on the big events, shaped and dominated by men of politics and arts between Bulgaria's liberation in 1878 and the end of the Second World War,HERstory Walking Tour tells the other side of the story - the female one.

Joining the walk, you will discover the lives and personalities of some incredible Bulgarian women, who, in the official history, are either mentioned in relation to their influential husbands, or omitted altogether.HERstory Walking Tour is an alternative take, showing how Bulgarian women fit into their man-made world, and how did they leave a trail in it.

Here are some snippets of what you will learn on the HERstory Walking Tour:

- Lora Karavelova (1896-1913), the most beautiful women in Sofia and the daughter of a top politician, marries Peyo Yavorov, one of the greatest poets Bulgaria has ever produced. But Lora is not happy. She is jealous of Dora Gabe, her husband's former lover, and protégée. The story ends in a tragedy fit for Aeschylus.

- Anna Karima (1871-1949), writer and wife of left-wing politician Yanko Sakazov, is furious at Evegenia Mars, writer and lover of writer Ivan Vazov, because Mars's play gets selected for the National Theatre instead of hers.

Telling the story of Elisaveta Bagryana

Quarrels and envies aside,HERstory Walking Tour offers many interesting stories that are worth knowing, about women who fought for equality in a very traditional country. You will learn about the first women in Parliament and how Bulgarian women achieved the right to vote; to enter university and not only to study law, but to practice it, too.

Special feature of the tour is the story of Ekaterina Karavelova (1860-1947). A well educated women of extraordinary will and determination, she is among the founders of the Bulgarian Women’s Union and was president for 25 years. Karavelova is also one of the founders of the Committee for Protection for the Jews, a teacher and a publicist. 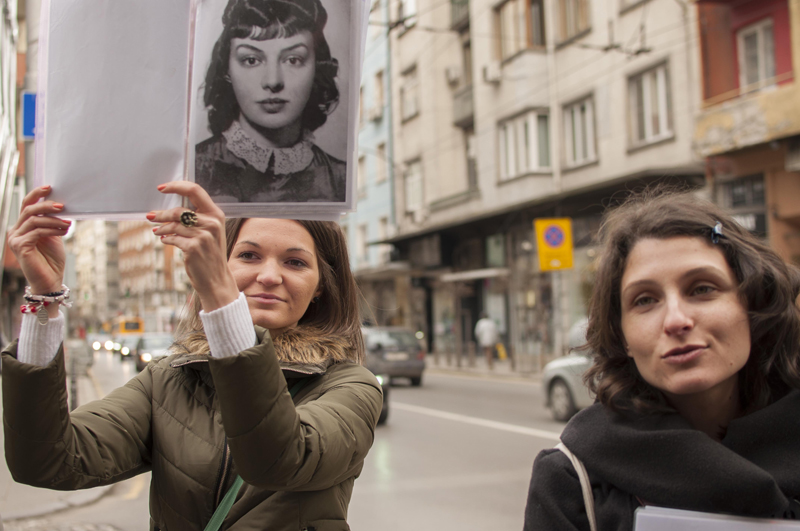 Yana Yazova was neglected while alive, today she is concidered one of Bulgaria's best writers

Some other women that you can hear about on the walk, are just as unknown to Bulgarians as they are to foreigners. Yulia Malinova (1869-1953), the wife of Prime Minister Alexander Malinov, was born in Russia, educated to Paris, and married in Bulgaria. The mother of 5 children. she dedicated herself to extensive philanthropic work while sitting on the board of several charities and the Women’s Union.

Victoria Angelova (1902-1947), the first female architect in Bulgaria, has left behind a number of important buildings in Sofia, including the Sofia Municipality Library, but had a hard time winning tenures at the beginning of her career in the 1930s because she was a women. In fact, even after she won a competition, her architectural design was used but she was not allowed to oversee the works – that task was given to a man. 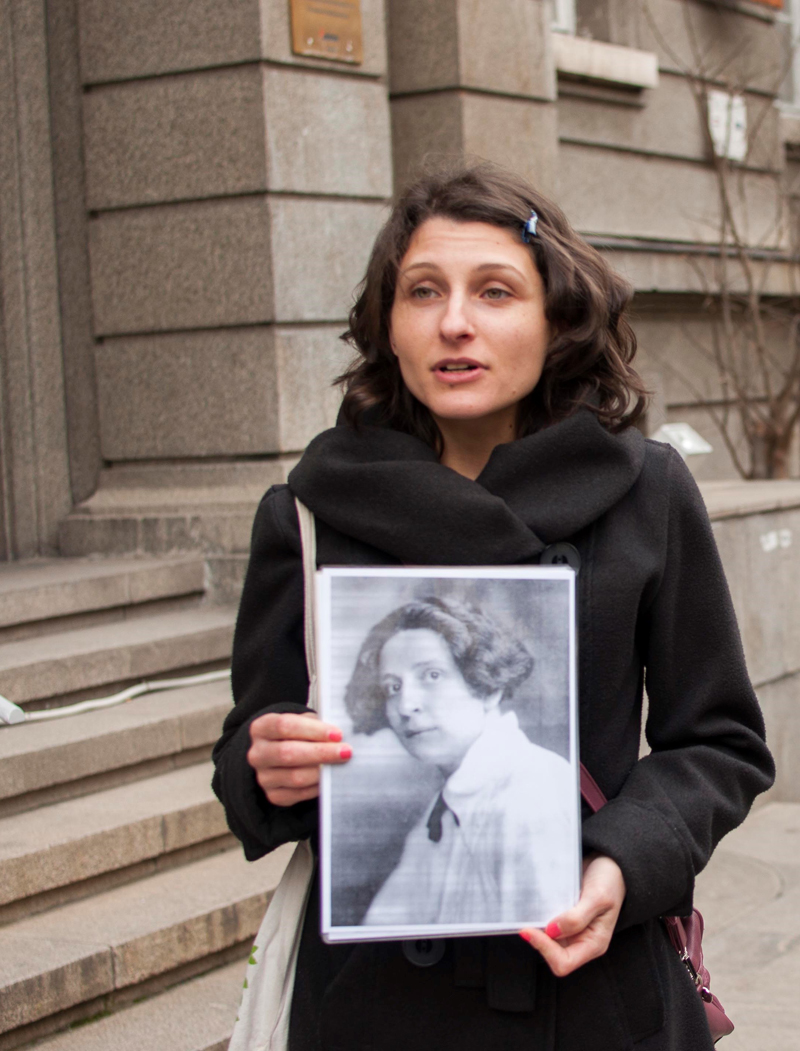 These are just a few of the stories you'll hear on HERstory Walking Tour - the stories of women left in the margins of official history, who deserve to be better known and acknowledged.

See how and when, here.

Read 2464 times Last modified on Tuesday, 14 April 2015 10:48
Published in Talk of the Town
More in this category: « FLAMETECH: A RICH RANGE OF SOLUTIONS FOR FIRE SAFETY AT TOP TECHNOLOGICAL LEVEL MEDICAL DENT: THE SECRET OF HEALTHY SMILE »