The story of Castra Rubra Winery is the story of its owner, Jair Agopian. He is one of the people for whom wine is not business, but a way of life.

It all started about 15 years ago, when Agopian discovered the most important truth about the drink of gods: good wine is made of good grape. He began searching for the best vineyard in Bulgaria, and ended in the village of Kolarovo, near Harmanli and the borders with Greece and Turkey.

Having the best grape and introducing the innovative bag-in-box technology, Agopian immediately became a major factor in Bulgaria's wine industry. Initially, it was hard to sell "wine in carton", but soon both restaurants and sceptics fell for his wines as they were good and came in a handy package.

In spite of the good results, Agopian knew that if he wanted to make truly big wine, he needed good winery. Then Fate stepped in and met him with Michel Rolland, one of the ten most influential winemakers according to Decanter Magazine, and creator of many top wines. Agopian told Rolland about his future project, Castra Rubra, and only months later they signed a contract stipulating that in Bulgaria Rolland will consult only Jair Agopian's projects.

In 2004, the Frenchman visited Bulgaria and inspected the place of the future winery in Kolarovo. The winemaking conditions here are perfect – the sunny days are significantly more than the Bulgarian average and the soils are so diverse that each vineyard produces unique grapes. There is history, too, as close to the village are the remains of the Castra Rubra Roman fortress which gave the name of the winery. 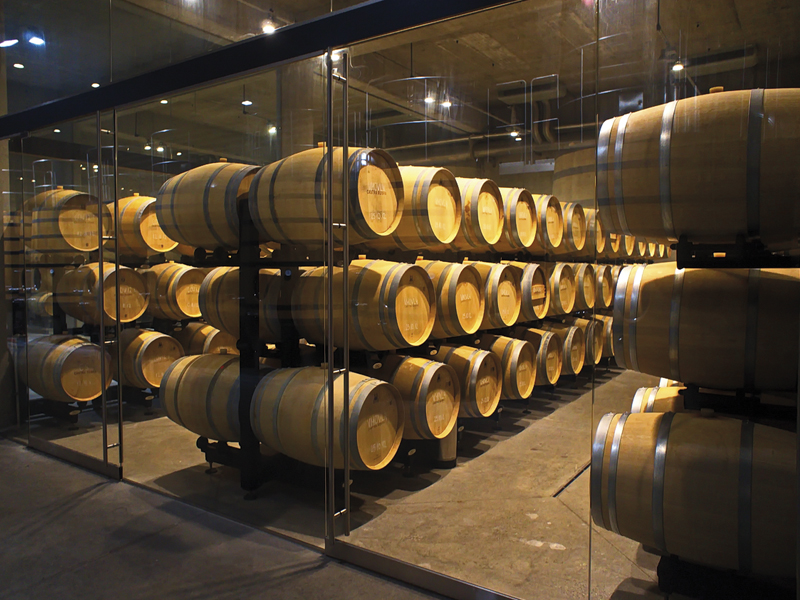 Michel Rolland was impressed by both the terroir and the future winery project, and made only small changes in Agopian's initial plan. The main effort was put into improvement of vineyards and planting of new grapes like Alicante bouschet, Sangiovese, Pinot noir, Cabernet franc, Sauvignon gris, Sauvignon blanc, Grenache blanc, Syrah, Petit verdot, Chardonnay and Viognier.

Today, theCastra Rubra vineyards and winery are renowned as the best in Bulgaria.

Why? Because its winemakers chose the harder road. The grape turns into wine naturally, through gravity flow process. The whole production is bottled at the same time and the red wines age in the bottle. There are no compromises with the quality of the casks or the ageing period. As a result, theCastra Rubra wines are divine and of the best quality, comparable with the world's standards.

This is the grand goal ofCastra Rubra winemakers: to show to the world the new, better face of Bulgarian wine and place the country where it belongs, among the first in the world.

Read 4247 times
Published in Talk of the Town
More in this category: « THE ROAD TO HAPPINESS PUTTING CUSTOMER'S NEEDS FIRST ALWAYS PAYS OFF »