Indian music has been pushed to the side somewhat in the world music scene – but Kiran Ahluwalia gives back its rightful place.

Ahluwalia has been working in the music industry since 1990. Her music blends Indian tradition with Portuguese fado, Celtic violins, African drums and Afghan vocals, and all of her albums have been nominated for the Canadian music awards Juno. 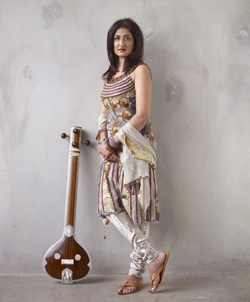 The show will kick off the Sofia Vocal Fest (www.sofiavocalfest.com), the first international festival of world vocal art in Bulgaria.