I CAN TOO GETS INTERNATIONAL

It doesn't take much to do a good thing – this is what Bulgarian actress Boryana Pavlova proved by becoming a goodwill ambassador for the I Can Too Foundation.

Pavlova, who has been living in the United States for the past 19 years, is a founder and president of the Bulgarian Women's Club in New York. Impressed by the foundation's goal of aiding the children in need, she decided to popularise the initiatives of I Can Too and motivated the members of the club to support the them. Thus the noble cause adds another ambassador to its ranks, which already contain drum player Matt Sorrum of Guns N'Roses and Velvet Revolver, Hollywood actor Dolph Lundgren, Cuban writer Wendy Guerra and many others. You don't have to be a celebrity to join, though – find out how at www.icantoo.eu. 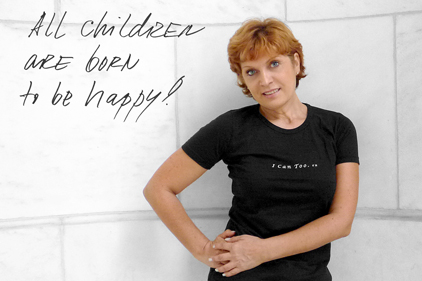