Pleven is a place where you drop by for hours and end up staying days and weeks. The town is only 30 km from the Danube river and 160 km from Sofia. Its well-preserved history and culture caused it to be nicknamed City of Museums, since there are traces of habitation that go back seven millennia. The colourful history of Pleven seems to revolve around empires, starting with the Roman Empire in the 1st Century. An early Christian basilica from the 4th Century is still standing in Pleven to commemorate the new influences spreading through the peninsula. The sprawling Bulgarian lands included the town in the Middle Ages, turning it into a stronghold with craftsmen and artisans at its heart. 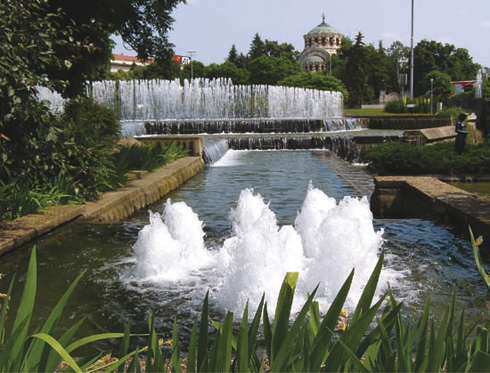 Pleven went into the spotlight at the decisive battles of the Russo-Turkish war of 1977-1878 that was aimed at liberating Bulgaria from the Ottoman rule. The massive forces of the Ottoman and Russian armies piled around the city, locked in a struggle that decided the fate of the war. After five months, the Russian army captured the soldiers of Osman pasha on 10 December 1877 – and the town remembers the day very clearly. Take a walk around and you will be able to see it, too – the Pleven panorama on the top of a nearby hill will help you relive the events as if you witnessed them, and more than 150 monuments are scattered around Pleven to commemorate the bloody battles that took place. The fallen soldiers are not forgotten in the Mausoleum in the centre of the town, carrying the name of St George and splendidly decorated with icons of stunning beauty. All the names of the Russian and Romanian soldiers who died in battle you can find on its walls.

You can soak up more stories in the History Museum of Pleven – a collection of close to 200,000 exhibits, among which the finest flint blades in Europe, 24,000 coins – ancient and more recent, and a perfect replica of the Treasure of Valchitran – the oldest Thracian gold treasure found in Bulgaria, dated to the 16-12th Century BC. To reconstruct a monumental event as it was on the day it happened, enter the Tsar Aleksander II Liberator Museum, where the last room was a witness to the meeting between the Russian tsar and his captive Osman pasha at the very end of the Russo-Turkish war. Almost everything in this room is original, and you can feel history in every object.

But Pleven is not only about the past. Take a stroll through the vibrant centre with its multitude of cafes, shops, galleries and restaurants where you can spend days enjoying the life and vivacity of the town. Explore the exquisite nature in the outskirts and walk through the nature park Kaylaka, with its rock drops suitable for climbing and home to many species of birds and animals, some of them endangered species. 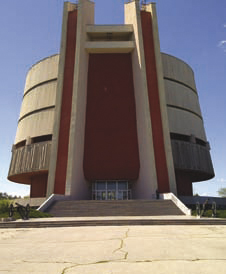 Wait – there are still more wonderful surprises waiting in store. Enjoy the recently opened Museum of Wine, the result of long-term cooperation between Bulgarian and French architects, enologists and experts from Pleven. The town is the historical centre of the rich and diverse Bulgarian wine tradition, opening the first professional school in vine agriculture and winemaking in 1890. This is a place where you can taste more than 7000 blends of wine – and then buy the ones you liked best. The enoteca of the museum holds thirty to ninety-year-old wines. All wine-related paraphernalia such as French oak barrels, ancient wine amphorae, rhitons and phials are exhibited here to the delight of the connoisseurs. The whole museum is as wondrous as the town of Pleven itself – ancient and full of great things.

This email address is being protected from spambots. You need JavaScript enabled to view it.

Read 3263 times Last modified on Tuesday, 21 January 2014 15:28
Published in Fun in Bulgaria
More in this category: « (RE)DISCOVERING BULGARIA UNIQUE RHODOPE: THE BEST OF THE RHODOPE »