by Gergana Manolova; photography by Anthony Georgieff
Rate this item
(0 votes)
Curiosity and a sense of fun are the trademarks of this Bulgarian town

Do you like Easter egg hunts? Here you are in for some good times. Gabrovo is a great place to start off at – and the terrain is large enough to provide you with a number of rewarding discoveries. The town stretches out on the slopes of Stara Planina mountain, 50 km away from Veliko Tarnovo, and gathers some of the best features of Bulgarian scenery and culture. While it seems sprawling, with roads winding to reveal yet another cluster of houses tucked away, in fact Gabrovo has a little less than 60,000 residents. This may be your first inkling that things here are not quite what they seem. 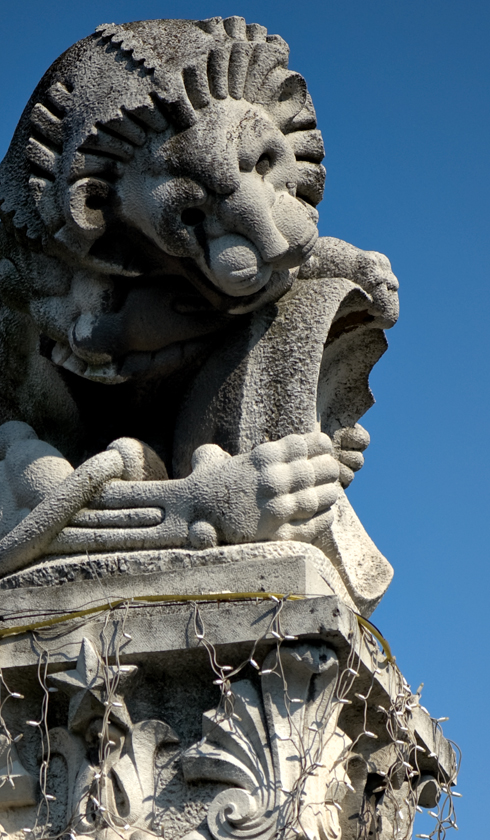 The spirit of the town was always on the rebellious side. Ottoman military leader Evliya Çelebi was attacked twice with his troops while crossing the passage near Gabrovo when trying to join the invasion of Austria in the 17th Century. He later warned against going to Gabrovo, saying that reasonable people should avoid the town.

Perhaps his advice influenced later tactics of the Ottomans. As with many other mountainous towns during the period of Ottoman rule of Bulgaria, Gabrovo was secluded from serious military presence and flourished. It became a centre for trade and crafts, with everything from pottery and embroidery to breeding silkworms. The ambitions of the tradesmen grew so much that in the 19th Century the first Bulgarian factory, equipped with German machines for textile production, opened here. The industrialisation that followed for almost a century was intense enough to give Gabrovo the nickname a "Bulgarian Manchester".

Nowadays the stress is on tourist visits. The town is laid-back and green in spring, a perfect destination if you are looking for something off the beaten path. Gabrovo is famous for being self-proclaimed world capital of humour, owing to the fame of its citizens as masters of wry humour. The title is corroborated by the House of Humour and Satire, which has an enormous collection of comics, graphics and jokes, translated into numerous languages. A good number of them are at the expense of people from Gabrovo themselves – they are also known as exceptionally stingy, supposedly stopping their clocks and watches at night to save the cog-wheels from wear and saving on chimney-sweepers by putting a cat down the chimney.

The joking theme runs further than the building. Try and have a look around to find the "Gabrovo wonders" – a list of tongue-in-cheek landmarks such as the monument of the alleged founder of the town, Racho the Blacksmith, standing on an islet in the river, a tree in the middle of a street, horsemen on top of a building (House of Culture), or a ship in the woods, which is actually the building of the hospital for pulmonary conditions. You will only be able to hear about the planet Gabrovo, a small asteroid named on the town. It was discovered and named by a Ukrainian astronomer in 1976 on the eve of April's Fool Day – which Gabrovo has adopted as an official town holiday.

As with every other area in central Bulgaria, this one is rich in landmarks dating more than a millennium back. Seven kilometres away from the town is the Gradishte fortress, where gold and copper coins from the time of Constantine I have been found. Probably built for its strategic location, the remains of the fortress shape up living quarters for the Roman soldiers, barracks and watchtowers. At some point a baptistry was added to the structure, which means that the fortress witnessed the advance of Christianity into the lands. Although the ruins need restoration, it still makes for a worthy visit – and it is connected to the present-day town with a good road and an eco path starting from the House of Humour and Satire.

If you should go to Gabrovo for one thing only, make it a visit to the architectural and ethnographical complex Etara. Spring is the perfect time for it, as you will enjoy a stroll around the open-air museum and have a look at the buildings in the traditional architectural style and the craftsmen in their workshops. The symbol of Etara is the watermill, calling back to times when water power was harnessed throughout the town for various purposes. You can see all ten watermills in action here exactly as they worked in the past. The exhibitions in the well-preserved houses show the day-to-day life of people in Gabrovo centuries ago. If you want to try your hand at the crafts, training schools will teach you the basics of wood-carving, home weaving, using natural dyes and more in just a couple of days.

The region is undergoing an economic revival in recent years, which lends a lively appearance even to small villages. Thanks in part to the European funding, but even more to the enterprising spirit of the residents, Gabrovo continues its fame of a commercial centre. A good example is the growing production line of the Verdana company, which introduces healthy foods such as hummus to the Bulgarian market and abroad. The recipe is Israeli, the vegetables are Bulgarian, and the interest is so great that the company is expanding into a new factory to access markets in Britain and Germany in addition to its operations in Romania and Poland. This kind of nimble adjustment to the contemporary demands is what characterises Gabrovo the best – as the people here say with a hint of pride, whenever something new is announced by the newspapers and magazines, it is already being done in Gabrovo.