FROM UTOPIA TO DYSTOPIA | VAGABOND Skip to main content

FROM UTOPIA TO DYSTOPIA

Smolyan is one of Bulgaria's best examples for Communist urbanism, and what became of it post-1989 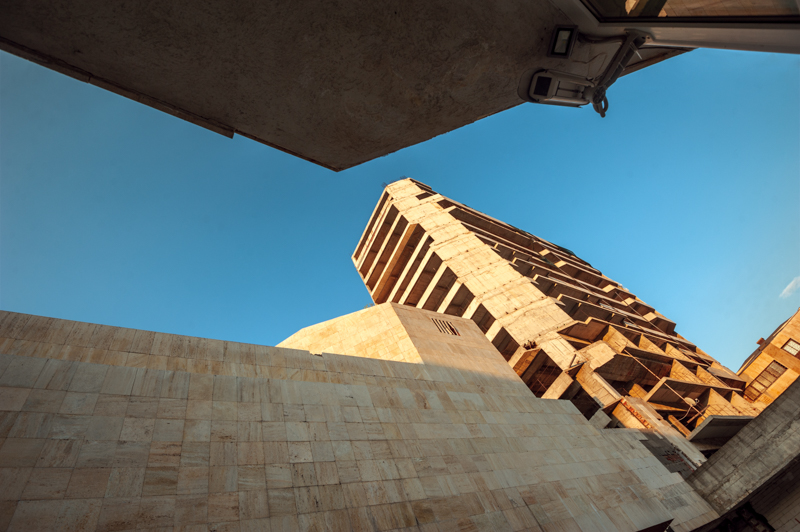 Like Dimitrovgrad, Smolyan appeared under Communism as a result of the amalgamation of several villages. But while Dimitrovgrad is an example of Stalinist urbanism, Smolyan is perhaps the epitome of city planning under Mature Socialism.

In 1960 the National Assembly decreed three old villages along the Cherna River in the Rhodope to be combined into a town called Smolyan. It was also proclaimed the centre of the region.

The new Smolyan attracted newcomers and its population grew. However, an urban planning problem emerged: how to link the three villages, where to set up industrial areas, how to organise mass transit. In 1970 a bid was called to create a new city centre on a completely empty spot, the Polyana, or Meadow, area between the erstwhile villages Smolyan and Raykovo. The participants in the bid had to hammer out a plan how to create a public space that was functional, could be integrated in the hilly area, and also reflected the style of traditional Rhodope architecture. The new centre of Smolyan had to accommodate the most important public buildings – the house of the Communist Party, a theatre, a museum and a hospital, waterfalls and a square, and would also have living blocks.

The new Smolyan had to become the shopwindow of Socialism.

A statue of Orpheus and Eurydice. Smolyan places its claim to fame on the mythical musician and his beloved. One of the local sites of interests are the so-called Orpheus Rocks. A statue of the two lovers can also be seen in the old centre of Smolyan

The first dig of the project, masterminded by architect Stoycho Velkovski, was performed by Todor Zhivkov personally, in 1973. Neither the funding, nor the labour force were sufficient, however. So the citizens of Smolyan and of the whole region had to contribute "voluntary" in the construction works. In keeping with the best practices of controlled journalism, the local press described the action as "triumphant labour enthusiasm," "unbelievable efforts," and so on.

At the beginning of the 1980s the finished parts of new Smolyan included a planetarium with a people's astronomical observatory, the Regional Hospital (1975), and the Palace of Justice (1979). Most other projects lagged behind until it was decided that the diplomatic corps would visit Smolyan in 1983.

When the foreign diplomats arrived in town, the new centre of Smolyan was (almost) ready and had been ceremoniously inaugurated by Todor Zhivkov. In the vast marble-paved ares rose the History Museum (1983), the Rhodope Drama Theatre (1984) and the Regional Library (1985). Some of the buildings were set up in hilly areas. Their vision was integrated in the cityscape and corresponded with traditional architecture. In 1985 the building of the theatre, designed by architect Professor Stefan Popov, won a price at the Third Biennial of Architecture in the United States.

The diplomatic corps would visit Smolyan again, in 1989. However, some of the buildings in the centre were never finished. Following the collapse of Communism, the economic hardship and emigration had an impact on the city and its new centre. What was designed as a Communist utopia is now a dark anti-utopia with grey facades, (semi) abandoned buildings and depressing spaces. Ironically, the so-called Old Centre of Smolyan, with its more human dimensions and buildings erected between the middle of the 19th and the middle of the 20th centuries, is now livelier as the citizens of Smolyan tend to prefer it to what was supposed to become the ideal centre of town. 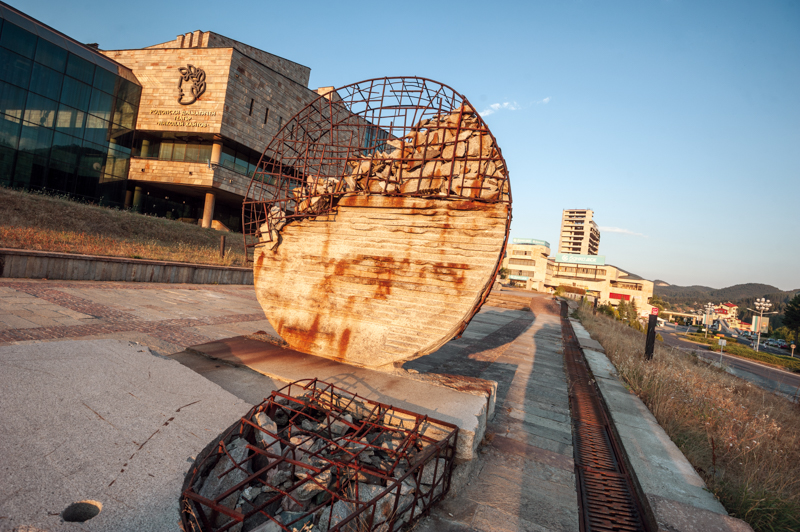 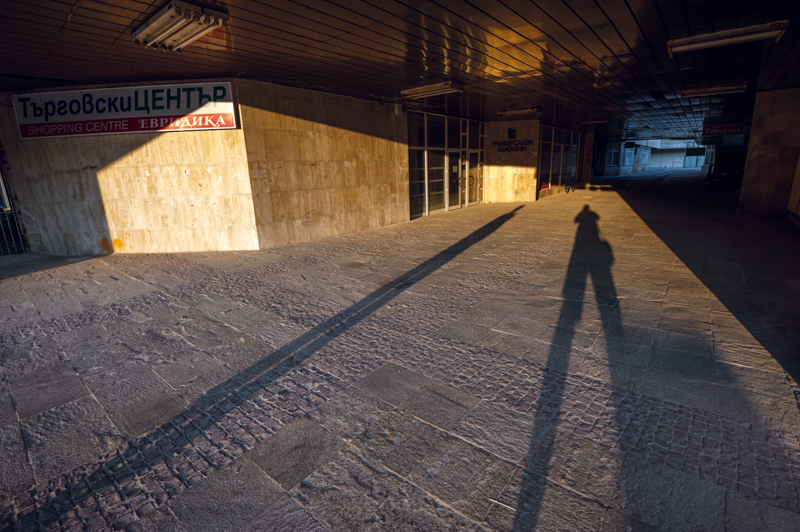 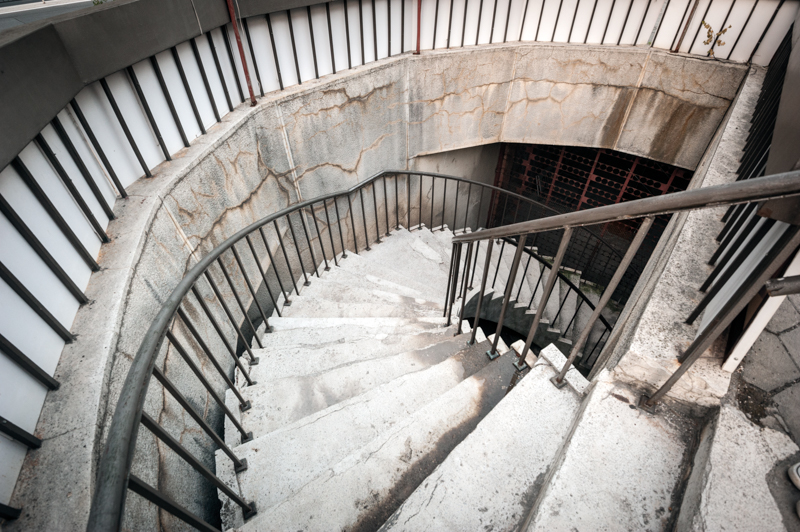 Staircase leading to nowhere in the new centre of Smolyan