Forgotten remains of Byzantine glory emerge from wasteland near Perushtitsa 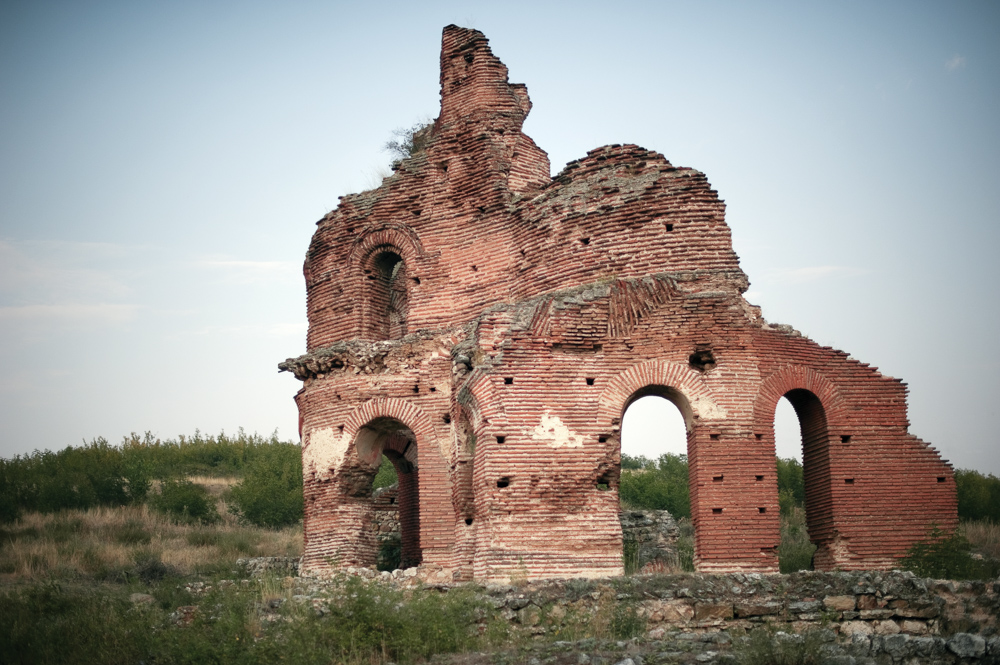 Leaving aside St Sofia in the capital and what has remained of the metropolitan church in Nesebar, traces from the early Byzantine era in Bulgaria are scarce and little known. They do exist, however: forgotten remnants of the time when the Eastern Roman Empire was trying to hold back the invasions of the Barbarians in the Balkans. Most are nothing more than low crumbling walls, almost invisible in the undergrowth and interesting only to archaeologists. Others, however, despite time, neglect and the depredations of those seeking second-hand building materials still pose a striking sight.

One of them is near Perushtitsa, a town at the northern foot of the Rhodope, more famous as the scene of intense fighting and a massacre during the April Uprising of 1876.

Originally the church bore the name of Holy Mother of Christ but, as time passed and memories faded, local people started to call it simply The Red Church.

It is easy to see why. What has remained of this once glorious structure are massive red-brick walls rising to 14 metres.

In the arches, exposed to the elements, faded saints and angels gaze down with scratched out eyes, damage most likely inflicted during the Ottoman invasion or the suppression of the April Uprising.

The church was built under the rule of Byzantine Emperor Atanasius (491-518). It was a time of unrest and the Balkans were ravaged by Barbarians on a regular basis. Yet, Christianity had gained ground as the state religion and the nearby metropolis of Philippopolis, today's Plovdiv, was the centre of a diocese and of a fervent religious life.

The Red Church must have been a striking sight when it was built. It was 32 metres long and 26 metres wide, its three apses meeting under a huge cupola and forming a flower-shape still easily discernible on Google Maps. Exquisite mosaics covered the floors, and the walls were decorated with marble and murals. The church was painted at least twice, in the 6th and the 11th centuries and in spite of the current decayed condition of the frescoes some historians have compared them to those in Istanbul's Hagia Sophia. Believers entered the church through a grand staircase and a massive portico, while non-Christians were baptised in a pink-marbled baptistry attached to the main building.

Back then, there was no major settlement near the church and nor is there one today. So why invest so much energy in so imposing a structure right in the middle of nowhere?

The church was built as a result of Christian propaganda on a grand scale. The new religion had suppressed but not entirely killed off the older paganism. Doubting souls needed a constant reminder of Christ's supremacy, and they got it. Moreover, there was a pagan sanctuary in close proximity to the Red Church, and at that time it was common to built churches or monasteries on the sites of pagan temples – or simply to renovate and reuse them. 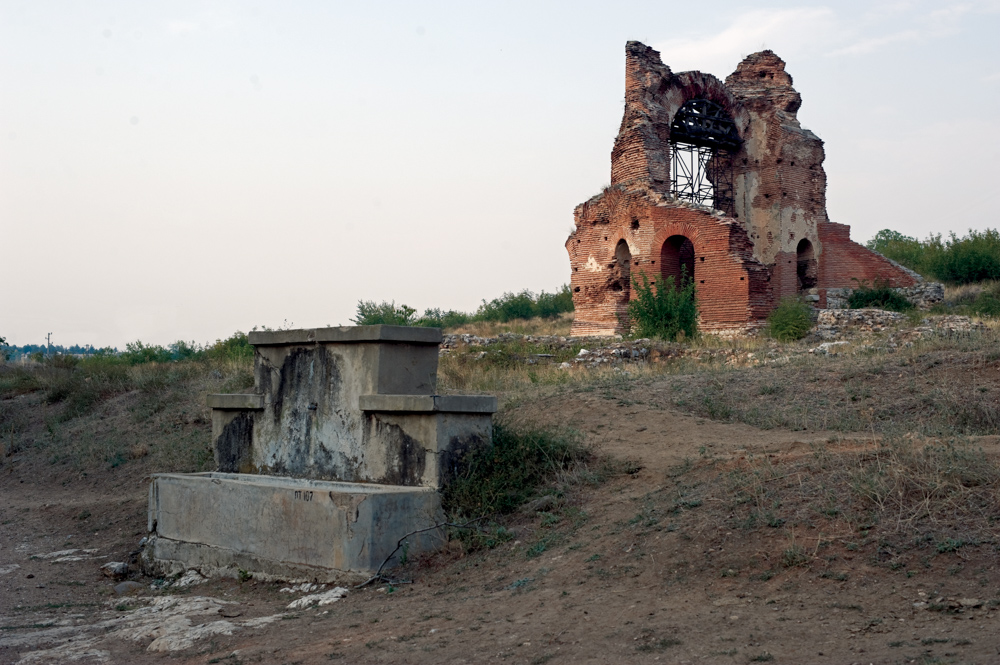 The Red Church was not the only local manifestation of the new religion. The outskirts of Philippopolis abound with remains of early Byzantine basilicas, like those in the Komatevo neighbourhood or the village of Branipole.

It is not known when the church was abandoned. The first excavations of 1915 were halted by Bulgaria's entry into the Great War, and did not restart until 1921. It was then that the ruins were properly surveyed and copies of the frescoes were made. And that was it.

The Red Church was abandoned again. In 1966 and on several other occasion the structure was reinforced with ugly steel and wooden scaffolding, plus the odd splash of concrete. Looking at it today, you cannot help but wonder if these puny attempts have gone any way towards ensuring the survival of the structure against the odds, or if all the kudos should go to the mastery of its forgotten medieval builders.

At the end of 2011, the Ministry of Culture obtained 1,580,000 euros from the EU for the conservation, restoration and rehabilitation of the church. In January it started a public procurement procedure but no investor submitted a tender. In April the ministry announced it was entering into negotiations with one or more partners for the project. So far, nothing more has emerged – neither about the identity of any possible interested parties, nor about the grounds for negotiation with the ministry.

The Red Church remains, abandoned and overgrown, beside the road from Perushtitsa to Yoakim Gruevo. To find it, take a right on the dirt track before the first irrigation canal, and you will soon come upon it.

All around there is nothing, and the area only comes to life on the third day after Easter, when people from Perushtitsa and the surrounding villages come here for an improvised gathering and light candles by the massive Byzantine walls.