A MATTER OF GENUFLECTION | VAGABOND Skip to main content

A MATTER OF GENUFLECTION

The Klekshop is a great Bulgarian creation that combines initiative, squatting and a guaranteed, albeit modest profit 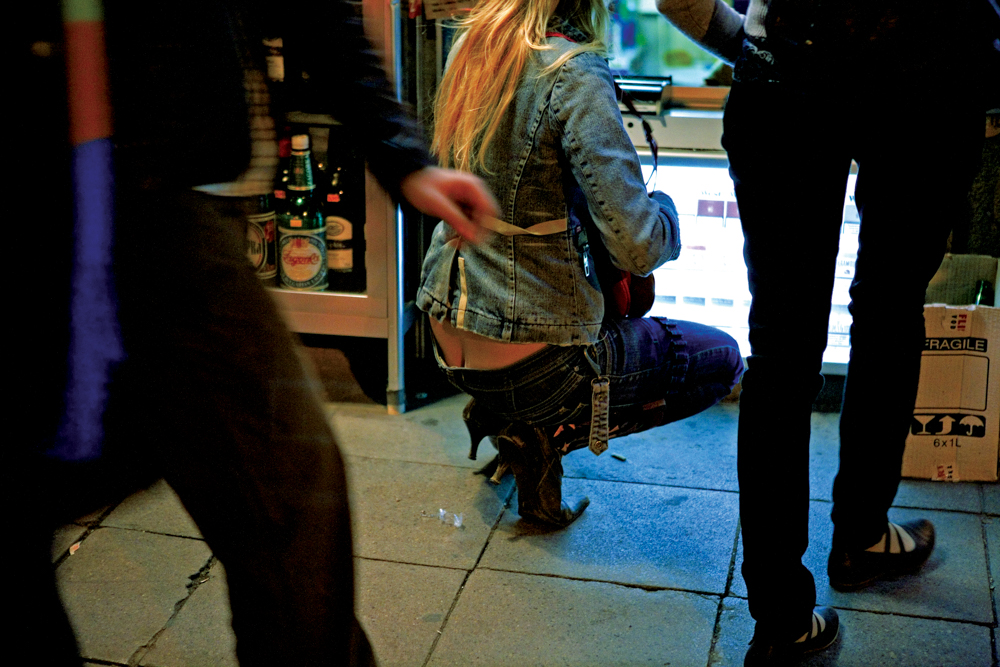 "You can't make a silk purse out of a sow's ear.” Some people actually can. They are not alchemists, they are Bulgarians.

The years of Communist rule and frequent economic crises, when the expression “Sorry, we haven't” was used 1,000 times more often than “Marxist materialism,” cultivated the Bulgarian ability to make profit or gain even from thin air, in actual defiance of the Conservation of Energy Law.

The klekshop is a remarkable example of this. These strange “shops” where you can only buy something if you are squatting appeared 18 years ago in basements by the pavements in some larger towns. The reason for their origin was the end of Communist rule and the dawn of market economy, free initiative and the accompanying unemployment.

Their existence has persisted during the onset of organised crime under Andrey Lukanov, hyperinflation under Zhan Videnov, stabilisation under Ivan Kostov, accession to NATO under Simeon Saxe-Coburg, and accession to the EU and Interior Minister Rumen Petkov's gangland links under Sergey Stanishev. The klekshop is a modest but particularly stable and democratic business model that Western countries can learn from. The required investment is minimal, no imagination is needed for the choice of merchandise and customers are certain to come.

To open a klekshop you need a basement overlooking a central street in a large town where thousands of people pass every day. You call a welder who for some reason is not currently busy with the construction of one of the hundreds of new hotels on the southern Black Sea coast and ask him to make metal shutters for you. When closed, they are an effective barrier against possible theft. When open, they can be used as a showcase for the goods you offer for sale.

The window itself does not need enlargement. The klekshop is a democratic shop where even the prime minister has to crouch down to buy chewing gum. The klekshop does not rely on the loyalty of its patrons. When the only things that the vendor can see from his subterraneous position are a pair of shoes, a hand holding money and some underwear if the buyer is a lady in a miniskirt, he is not inclined to trust the honesty of mankind too much.

As a matter of fact, only someone in a state of utter desperation would want to steal from a klekshop. The goods in these shops are usually of the same kind, devoid of imagination and aimed at the target group that goes to a klekshop either because they do not have the time or the money to go anywhere better. To supply such shops with stock you do not need originality but shamelessness. It is the only explanation why the coffee in all klekshops is equally horrid and seems to be made through a filter that is changed once a week. Even the 30 stotinki charged for such a cup is a daylight robbery. We shouldn't forget alcohol, of course. Cheap alcohol. Plonk. In fact, it attracts the only regular customers of any klekshop, which would go bankrupt in a couple of days if it did not have enough cheap menta, vodka, gin, whisky, rakiya and beer. Teenagers and tramps, who often drink in the parks, are among the usual patrons.

This “relationship” hides the greatest risk for the owners of such shops. In a Sofia neighbourhood, for example, there was a similar symbiosis between a klekshop and three local drunkards. Any penny that the drunks earned was spent on cheap booze from the shop. When two of these patrons died, the klekshop went bust.

There is no such danger for most establishments of this kind, however. There is hardly a man in Bulgaria who has not squatted in front of a basement to buy mineral water, contraband Camel or another bottle of vodka. We should not forget that in neighbourhoods that do not have an off-licence open all night the only way to provide more drinks for a drying up party is by going to the nearest klekshop.

In fact, if we take a different view, we will find that klekshops have other advantages (not related to excise and tax, of course). 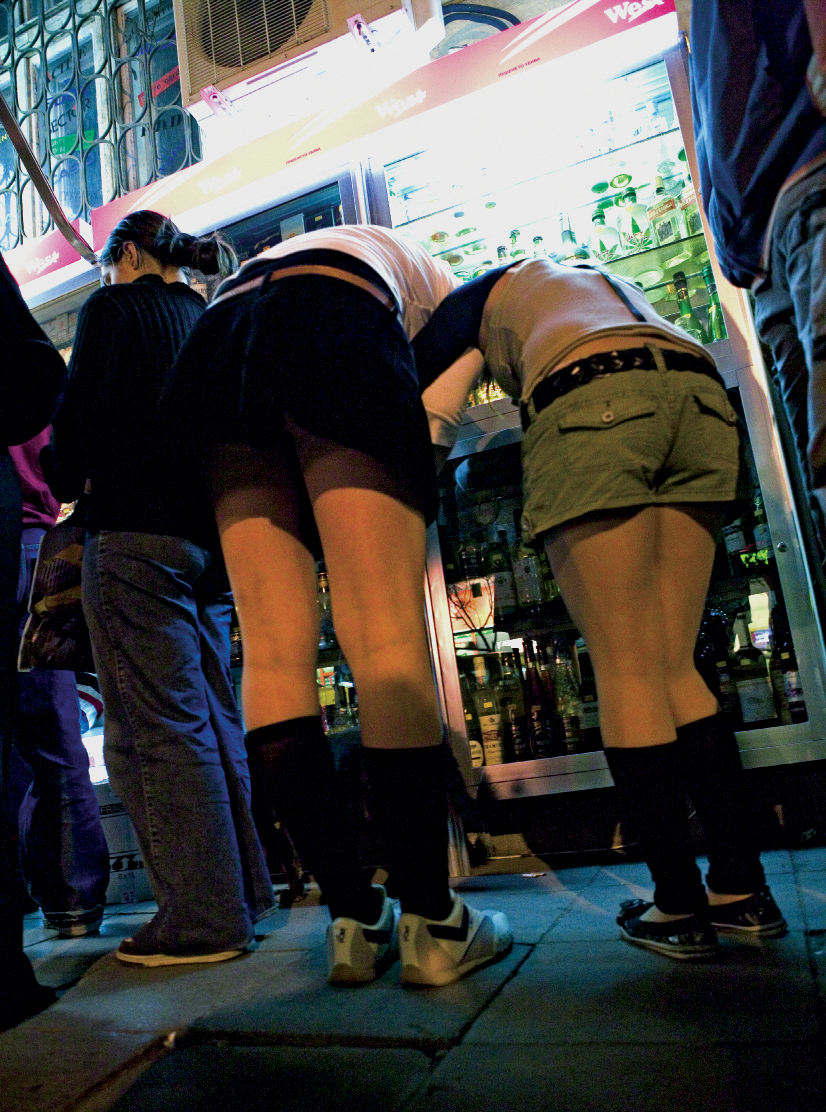 These shops take up practically no space on the busy Bulgarian pavements that are already chock-a-block with cafés, bus stops, parked cars and even pedestrians. The only risk that the klekshop presents is for a passer-by to inadvertently trip over a squatting customer.

Last year the strong emotional connection between klekshops and Bulgarians acquired new dimensions. An avant-garde art gallery called Klek-Art appeared on the corner of Fridtjof Nansen and Patriarch Evtimiy Streets in Sofia. To view the exhibits you have to squat on the pavement and peep through the tiny window of the basement.

But the future of klekshops is not all roses. No matter how ingenious a way of making money this kind of shop may be, it will never make a fortune.