Small but spectacular, Kaya Bunar near Hotnitsa charms visitors from home and abroad 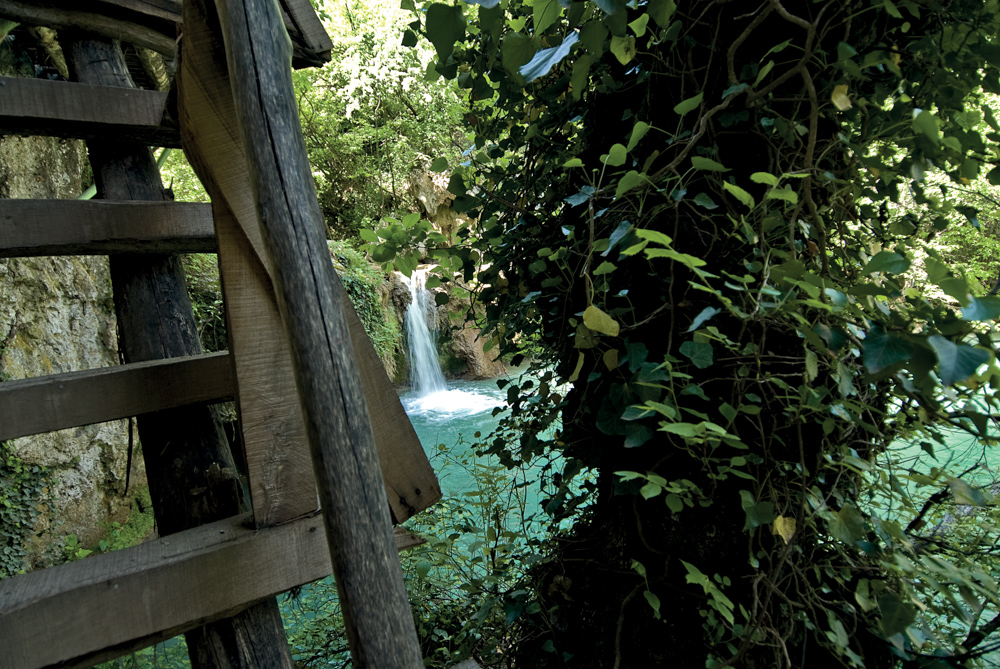 Travellers don't expect to find a waterfall in the middle of the rolling hills of the Danube Valley, and yet, surprisingly, it is there – hidden amid karst crevices and known only to a handful of people.

The waterfall in the village of Hotnitsa is one of these unexpected sights. In fact, it is one of the two reasons for the relative fame of this village in the Veliko Tarnovo region. The other is the large colony of British expats, which accounts for some 10 percent of the Hotnitsa population.

Kaya Bunar, or the Hotnitsa Waterfall, forms where the Bohot River leaves the embrace of a karst canyon and falls 30 metres, forming a small pool with stunningly blue water. The place has been a popular day trip destination since the Socialist era. Back in those days, there was a restaurant near the waterfall, and the food there used to be so renowned that many people went solely to have a meal, rather than to enjoy the delights of the waterfall.

Today the eatery is a ruin overgrown with weeds, but this has its upside: the smell of grilling meat won't distract you as you enjoy the sound of the falling water, and the sunlight sparkling on the rippling surface of the pool.

A couple of years ago an eco path was constructed near the waterfall. It is 1.5 km long. Some sections of it are not suitable for those afraid of heights or narrow spaces, but those who brave it will be richly rewarded. Before throwing itself over the cliff, the Bohot meanders along among picturesque rock formations, forming several quiet pools overhung with lush greenery. 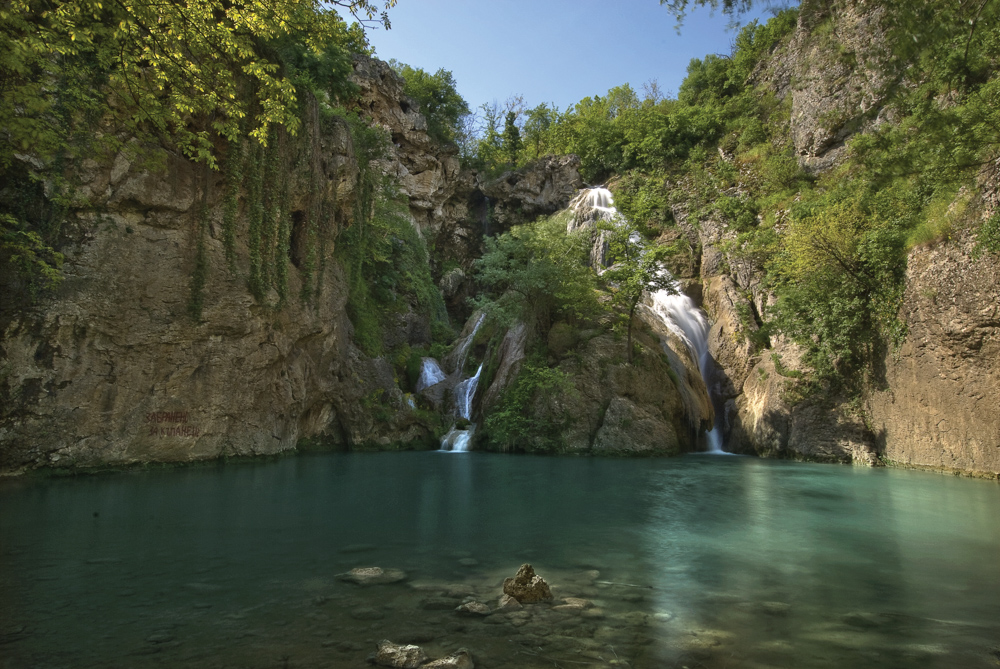 In 1907 the rocks around the waterfall were the stage for a bold experiment. It was from there that one of Bulgaria's first flying machines took off. Resembling a paraglider, it had been constructed by two Hotnitsa engineers – one of whom was the architect who designed the Opera House in Sofia.

This experiment, which was a success, was not the first notable historical event to take place in Hotnitsa. Some 7,000 years ago, when people had already learnt how to smelt copper into implements and weapons, there was quite a large a settlement there. The inhabitants of this settlement, however, possessed other valuables, and during excavations archaeologists unearthed nearly half a kilo of gold jewellery.

The gold rings and plates from Hotnitsa are very similar to those of the famous Varna Treasure, which is believed to be the oldest wrought gold in the world.

The conclusion is astonishing. Today Hotnitsa may be a small, quiet village with ambitions towards eco-tourism, but seven thousand years ago it was at the busy centre of one of Europe's first civilisations.