HOW TO SURVIVE BULGARIA'S ROADS | VAGABOND Skip to main content

HOW TO SURVIVE BULGARIA'S ROADS 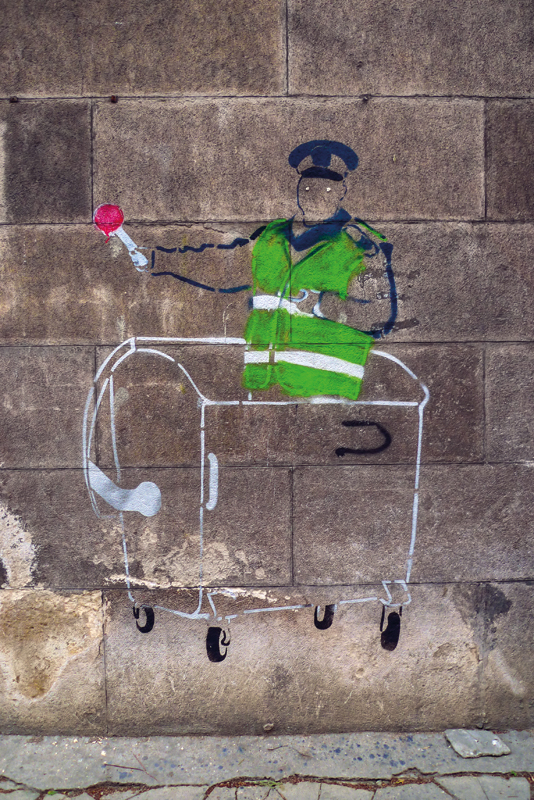 Bulgarian drivers and their behaviour on the road are the stuff of urban lore. You will be hearing horror stories about them. Some of those may be true, others may not. Driving in Bulgaria is more dangerous compared to Wyoming, but absolutely a piece of cake if you have survived southern Italy. One thing that cannot be disputed about driving in this country is that it is be a memorable adventure.

Motorways in Bulgaria are being built slowly and often substandardly, and there are just two fully completed high-speed roads, connecting Sofia to Burgas on the Black Sea and to Svilengrad on the border with Turkey and Greece. Most first-class roads are OK, but most secondary roads may be problematic. Streets and pavements in the bigger cities, including Central Sofia, are dire. Anywhere you go, watch out for potholes that tend to appear without warning. The road authorities may take a while to fix them.

Signage, if it exists, is at best misleading. Do pay attention to the signs you pass and you will discover that they often give controversial information about mileage. This is the tip of the iceberg. While driving in Bulgaria, you will see signs that point you into the wrong direction or to no direction at all. You will see Road Under Construction signs, and then there will be no construction on the road – and vice versa. Forget about the numerous well-lit diversion signs on Western motorways that appear miles ahead. In Bulgaria you will be lucky if you see a lamp stuck on a pole just ahead of a deviation.

In such circumstances, asking for directions becomes an integral part of any off-the-beaten-track trip in the country. This, however, brings out new problems. Bulgarians tend to use local toponyms that mean the world to them but are impenetrable to outsiders. One example, taken from real life: "When you reach the old bath house…" Bulgarians also tend to prefer directions involving "up the road" or "down there" rather than "left," "right" and "straight ahead."

Like the Germans, Bulgarian drive fast and aggressively. Unlike the Germans, they will rarely give you way if you are trying to get onto a major road from a small one. The rule of thumb is the flashier the car, the more aggressive the driver. Flashing lights in your rearview mirror means the driver behind you thinks you are too slow and tells you "Get out of my way." Flashing lights in front of you does not mean "I give you way," but "There are cops round the bend."

Traffic cops in Bulgaria are a part of the problem, not of the solution. They lurk under bridges and behind bushes and will give you hell, especially if you drive on foreign number plates. You will never see them cruising around in pursuit of maniacal drivers but you may meet them at service stations having coffee. Cops used to be notoriously corrupt. Truth be told, corruption now seems to have ebbed away.

The residents of Sofia constantly whine about congestion and the rush hour traffic jams. The situation is bad, but if you end up sitting on the road, relax. Sit back and think of the M25 in London.

It is not that there are too many cars or that the roads are too narrow for them. It is a matter of traffic organisation, one of the weakest points of Sofia City Council. You will see that whatever you do your next traffic light will be red. This causes most of the driving trouble in the city, but apparently the City Council people are unable to fathom it.