Expats may dismiss some aspects of Bulgarian life as "charming" idiosyncrasies, but sometimes they can become wearing 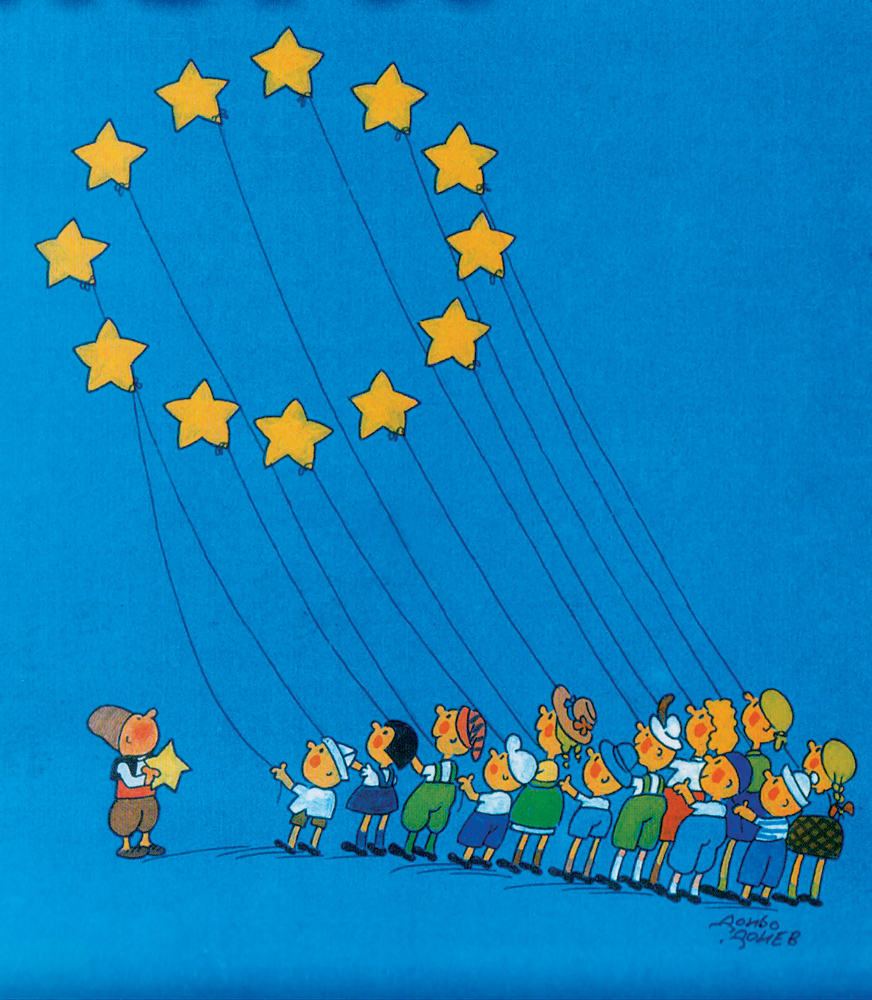 All of us know the rules. In fact, you'd have to be like the Peter Sellers character in Being There not to realise the scam. But, in case you're housebound, mentally retarded or a pauper, here's the routine. Even little bills are quickly rounded up in cafés and restaurants. The waiter will take a five leva note, knowing that they owe you, say, 60 stotinki. They then shuffle off, never to be seen again or, alternatively, give you a perfunctory look in the eye beforehand to gauge your determination – or gullibility. In other words, explicitly request the change or forget about it!

Similarly, we all know that a taxi ride – unless you speak faultless Bulgarian – can be risky. Basically, the driver will assume that he can charge you at least 20 percent more than a local.

But at least the aforementioned “crimes” are committed relatively surreptitiously. And, let's face it, waiters are so poorly paid that you can at least understand their actions without necessarily condoning them. Sometimes, however, the behaviour goes beyond accepting a tip before it's been offered and falls into the category of lamentably poor service. I'm not saying that discrimination is necessarily involved. It's the same if you're Bulgarian or a foreigner – you'll be mistreated equally!

At a recent lunch in a Boyana café I chose a Niçoise salad from the menu because it said it included avocado. Bulgaria is not renowned for its avocados so I was already licking my lips. When the salad arrived, a long time later, it had lettuce, croutons, tomatoes and apples – but no avocado! I burrowed furiously with my fork, hoping to unearth a solitary piece of the tropical fruit. No joy! So we complained. The waitress nonchalantly informed us that “the chef” was out of avocado and so had substituted apple. She seemed nonplussed by our protest, looking at us as though we were incredibly nit-picking.

They also tried to charge us for the salad as if it were the real McCoy, that is, with avocado. That got me thinking. Perhaps you should learn to accept sarmi without vine leaves? Or shopska salad without sirene (white cheese)? Or chocolate cake without chocolate?

My wife once ordered a small ovcharska (Shepherd) salad at a local café. They brought her a big ovcharska salad instead, composed of exactly the same ingredients as the small salad, and charged her for it. When she objected they told her that they had no small salads left – only big ones! Sometimes Bulgaria can seem reminiscent of the famous incident in Fawlty Towers when John Cleese explained to the irate American tourist who orders a Waldorf salad that he was all out of Waldorfs.

I'm not saying that all service is like this. On the contrary, I've experienced some wonderful meals accompanied by exemplary service and at reasonable prices. But whereas in “The West” (a term I now find incongruous because it implies that EU member Bulgaria isn't part of the club), there is a level of service beneath which it's unacceptable to fall – in Bulgaria that's not the case.

The eccentricities extend to other spheres. I've never been to a supermarket in another country where the customer has to pay for a broken bottle or indeed any damaged goods. The shopper may be chronically cack-handed or careless. They may stumble drunkenly into a supermarket and smash a bottle, but no store would consider it good public relations to charge them. The whole point is to lure shoppers back, to engender customer loyalty. So imagine my surprise when, on a recent trip to the supermarket, I picked up a bottle of lager from the fridge and placed it – none too aggressively I swear – in the trolley. The bottle started leaking at its base, spurting the priceless liquid onto the floor.

An impromptu staff meeting followed together with a flurry of questions. Had I damaged the aforementioned bottle of lager? Had I thrown it into the trolley with unwarranted force? One of the assistants even mimicked the accusation, grabbing a bottle and pretending to throw it into the trolley violently. At that point I knew I was on a loser. Sure enough, I bought another bottle of beer, walked to the checkout and was charged for two bottles. But there was some consolation. The assistant, with great aplomb, placed the damaged bottle upside down in a bag so as to minimise further seepage. How thoughtful!

No doubt, we all have many examples of inadequate service. When our television broke down we found a repair man who came over, fiddled around with the back of the box and took a spare part home with him. He claimed we needed another crucial part and that once he'd bought it he would test it on his own TV. Innumerable calls and several weeks later we were still without our telly. The man then told us he needed to test it on our TV but was too busy to come over. When he eventually came he forgot to bring the remote control, so forcing us to operate the television manually. (Heaven forbid!) He promised to return it the following day but, needless to say, he didn't turn up the next day. Or the day after that.

Unfortunately, the standard “What do you expect? This is Bulgaria” riposte becomes wearisome after a while. Bulgaria's level of education and geo-strategic position promise a rosy economic future. But if it wants to become competitive its customer service mustn't lag behind the West for too long. The country can't keep blaming Communism or find a new scapegoat in the EU. It must embrace the new future without sinking into the negative mindset that afflicts so many countries emerging from long periods of authoritarian rule. It must deliver the goods. We really missed not having that TV.