Endangered, rare and ephemeral, wild peonies are to be found in just a few locations across Bulgaria, but on Yaylata Plateau, if you have the luck to visit in late spring, you will find scores of them. 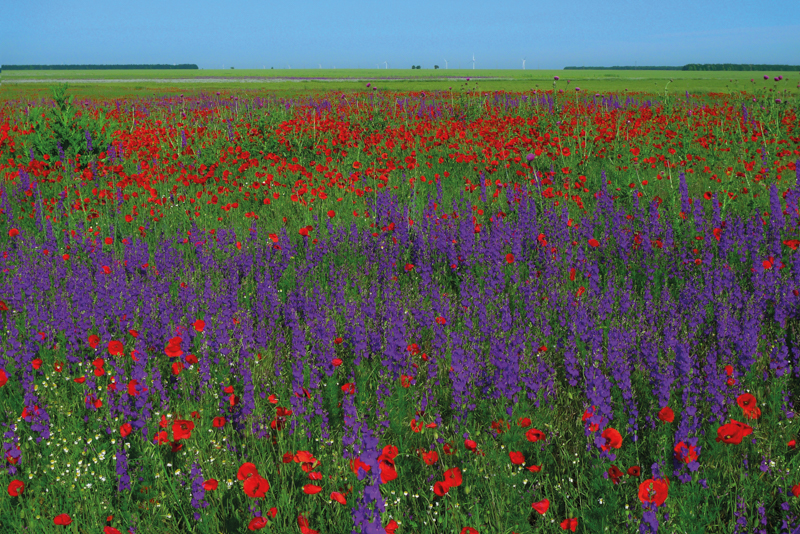 This corner of Bulgaria is a protected area where wildlife cohabits with ancient ruins, and the southernmost corner of the great Eurasian steppes reaches a rugged seacoast full of coves and caves. Located about a couple of kilometres from the nondescript village of Kamen Bryag, Yaylata remains one of the last refuges of nature, history and landscape undisturbed by human presence in Bulgaria. Most tourists come here to take photos, and then rush away to more comfortable places. Few camp inside the caves, not because it is forbidden, but because sleeping here comes with the risk of meeting the nasty scolopendra, an aggressive and poisonous centipede that loves hiding in your shoes, or of falling off the picturesque cliffs at night.

Yaylata remains a place of extremes; of beauty and danger combined. Covering about 75 acres, the rocky terrace rises about 50-60m above the sea. Carved by the wind, the sea and the occasional earthquake, its red rocks have become home to a diverse habitat, combining the characteristics of the steppe and the sea. Over 178 bird species use it as a stopping off ground during their annual migration to and from Africa, and many endangered ones live here, including the European shag, and the great and the little bustard. 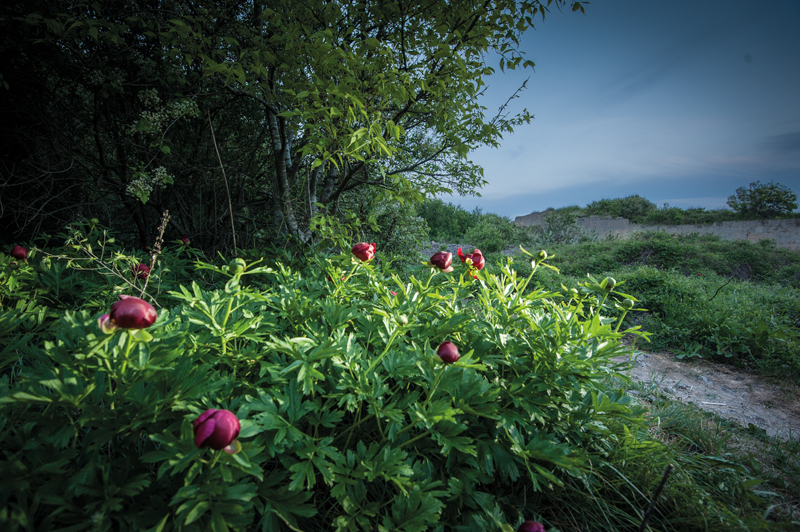 If you are lucky, during your springtime visit Yaylata will be covered with wild peonies

Yaylata lacks proper landing places, but it was nevertheless settled by humans as early, according to some claims, as the 4th millennium BC. Graves from the 2nd-6th centuries, dug directly into the rock, pockmark the highest part of the plateau. About a hundred natural caves were shaped into homes, temples and churches. On a lower terrace the remains of a late-Antiquity fortress stand. Its walls with four towers protected it until the 11th century, when the Pecheneg raids brought about ultimate destruction and abandonment. People continued to sail by, though, and as a result the waters around Yaylata are full with shipwrecks.

The nations that inhabited Yaylata include the long forgotten Goths as well as the better known Byzantines and Bulgarians. The name of the location itself is of Turkic origin, meaning "high-ground grazing plateau," indicating that for generations of locals Yaylata was not a gateway to the sea with its dangers and opportunities, but a pasture. In the neighbouring villages, it is still so: most of them are inland and look to the fertile Dobrudzha with its wheat and sunflower fields, not to the treacherous sea.

By the end of the 20th century, Yaylata was a backwater, as it was far from the best beaches on the Black Sea and travel was not that easy. This started to change when climbers and what passes for hippies in Bulgaria discovered the location. They loved it for its beautiful wilderness, and turned it into a secret place known and cherished by a select few. This situation did not last long. In the 2000s, more Bulgarians had the means and desire to travel and explore, while the more convenient beaches had became overdeveloped and Facebook and Instagram photos became a vital part of modern life. The masses moved to Kamen Bryag and Yaylata, and suddenly the quiet celebration of the sunrise on 1 July (read more about this unique Bulgarian feast in issue 117) began to attract thousands. 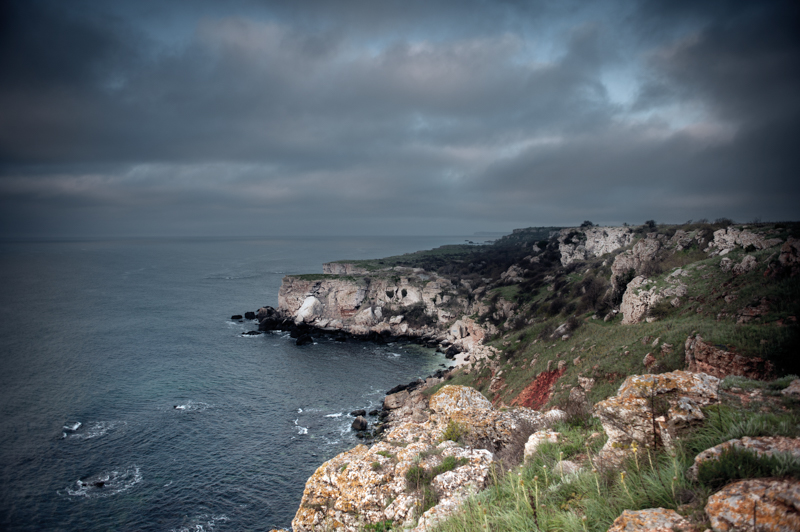 Popularity is not the only thing endangering the tranquility and undisturbed wildlife of Yaylata. Humans have done even more damage. Gone are the monk seals that used to live on its coast, hunted to extinction by local fishermen.

The remains of the fortress were recently "restored" with ugly new stones, in an ill advised attempt to attract more tourists. There are signs of development all around Yaylata, from the new hotels right on the cliffs in neighbouring Tyulenovo village to the ones sprouting closer and closer to the protected territory, in Kamen Bryag itself. Someone has even built an ugly stone shelter around Ogancheto, or The Little Fire, a natural gas outlet that provided light and warmth for countless campers willing to rough it.

Yaylata, however, is still just about holding out against these changes. Make sure to go there when the wild peonies are in full bloom. 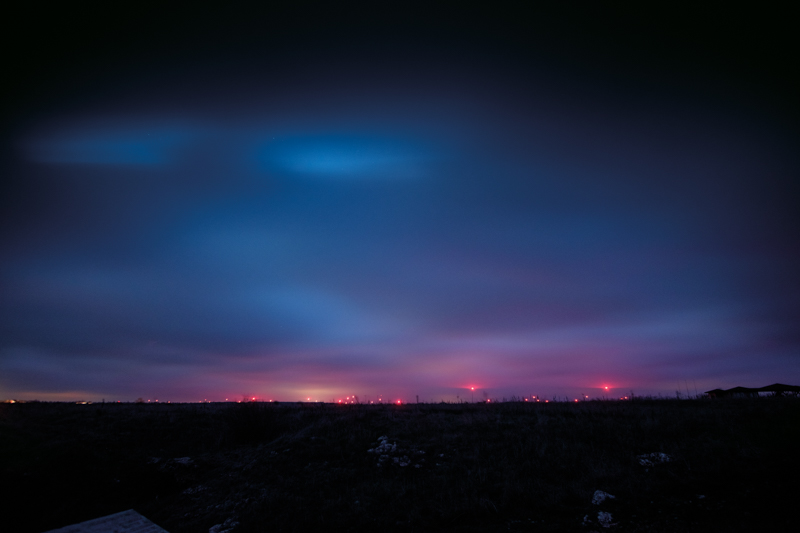 Slowly, wind turbines are taking over the area 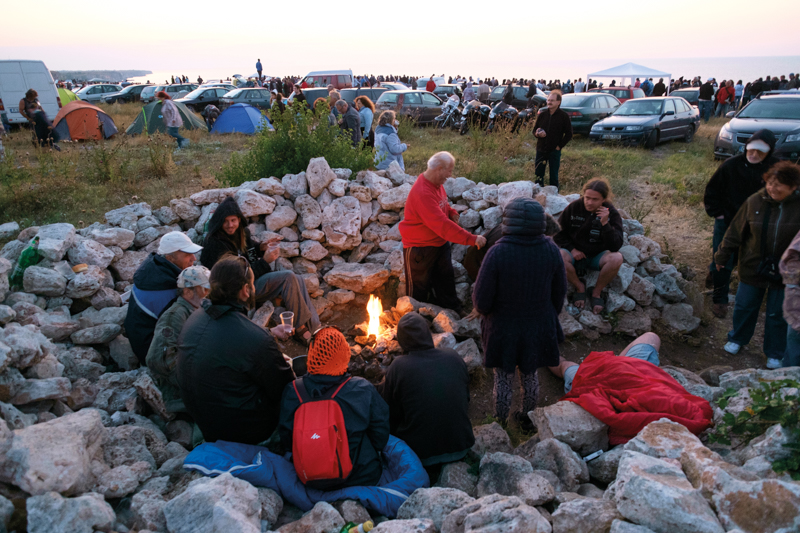 The Ogancheto, or Little Fire, natural gas leak is a natural camping spot